Are you looking for a list of Korean time travel dramas? here we have the best 10 lists. Time travel dramas always add another level of fun and intrigue to satisfy your cravings. It will mix past or future drama mixed with the present. 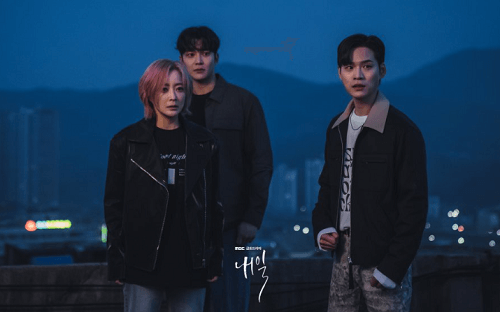 Tomorrow is an original MBC series in 2022. It tells the story of the life of Choi Joon Woong who is looking for a job but has difficulty getting one.

One night, he accidentally sees a man trying to kill himself and decides to stop him. He then suddenly becomes acquainted with grim reapers Koo Ryeon and Im Ryoong Gu, who are members of the crisis management team.

The goal of this team is to prevent people from committing suicide. After Joon Woong falls into a coma and becomes half human and half spirit, he is hired by the grim reaper company as the newest member of the crisis management team. This K-drama series was released in 2022 with 16 episodes. It’s available on Netflix. 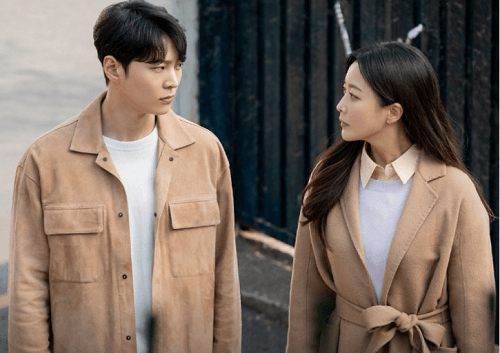 In 2050, Alice’s organization was formed as a way for humans to time travel to parallel worlds. However, problems arise when a “Book of Prophecy” is found that foretells the end of time travel.

During the mission, Tae Yi starts to realize that she is pregnant with Yoo Min Hyuk’s child and decides to stay and raise their child. She also hid from Yoo Min Hyuk by changing her name to Park Sun Young.

As time goes by, Park Jin Gyeom, son of Park Sun Young, is a successful detective in 2020. He then meets Yoon Tae Yi, a physics professor who specializes in quantum mechanics and looks exactly like his mother.

Their meeting is the start of a journey to rediscover the Book of Prophecy and their search for answers. This time travel Korean drama was released in 2020 with 16 episodes. It is available on Netflix and Viki. 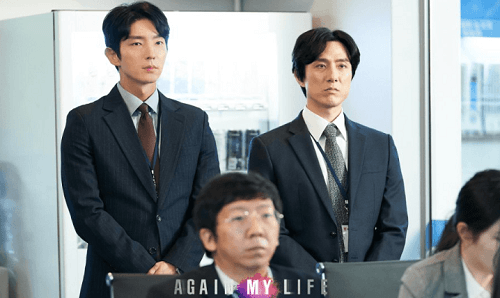 Kim Hee Woo originated as a public prosecutor thanks to his unremitting hard work. He is then assigned to investigate politicians suspected of corruption.

His investigation ends tragically because a mysterious man kills him. However, he later regains consciousness and discovers that he has traveled back in time to when he was still in college.

He also had to return to university and complete his academic journey again. Meanwhile, he tries to find the truth about what happened to him.

On his way, he meets Kim Hee Ah, a very bright young woman who is the youngest daughter of the wealthy family that owns the Cheonha business group. The series is releasing in 2022 with 16 episodes and is available on Viki. 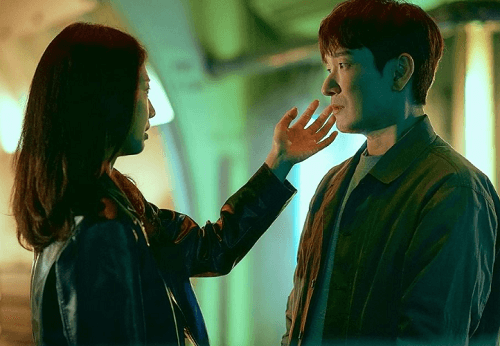 It tells the story of Han Tae Sul, a genius engineer and co-founder of the world-class company Quantum and Time nicknamed the “Miracle of South Korea’s Engineering Industry”. One day, he witnesses something unbelievable and starts a journey to a dangerous secret world.

On the other hand, Kang Seo Hae is a survivor of a future dystopian world. He has survival skills that he learned from gangsters and warlords and travels back to save Han Tae Sul. This is one of the best time travel Korean dramas released in 2021 with 16 episodes. You can watch it on Netflix. 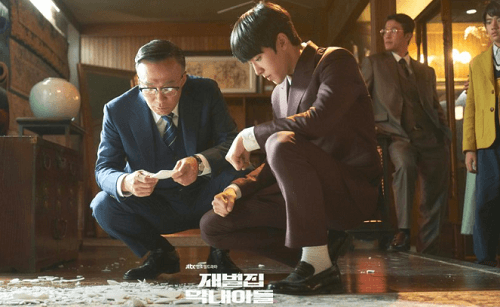 The storyline follows Yoon Hyun Woo, a hardworking secretary, and loyal to the Jin family, who runs the Sunyang Group business empire. But one day, his loyalty was cruelly betrayed by the Jin family who framed him for embezzlement.

Not long after, he died but miraculously “came back to life” and woke up in the body of the youngest male member of the Jin Do Joo family.

Then he began to realize what had happened and decided to take revenge. He begins to hatch a plan to overthrow Jin Yang Chul, the cold-blooded and greedy CEO of Sunyang Group. Yoon Hyun Wo plans to use his new “identity” to take over the enemy group and punish those who killed him.

This drama stars Song Joong Ki, Lee Sung Min, and Shin Hyun Bin as the main characters. It was released in 2022 with 16 episodes and is available on Viki. 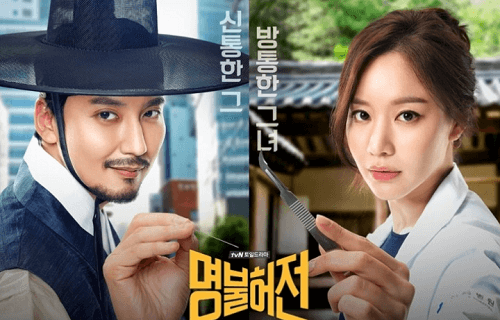 Heo Im is an acupuncturist who, during the day, works at Haeminseo treating the lower-class citizens and secretly treats the upper class at night to earn money.

He was born into a family of concubines in the Joseon era and has extraordinary medical abilities. Due to his skill, he was summoned by the King of Joseon to treat him but failed.

Heo Im is then chased by guards and accidentally, he time travels to modern-day Seoul. There he meets modern doctor Yeon Gyung who finds Heo Im strange.

He hopes to get rid of Heo Im but instead, they travel back to Joseon together again. This historical time-travel Korean drama was released in 2017 with 16 episodes and is available on Netflix.

See Also: Live Up to Your Name Review 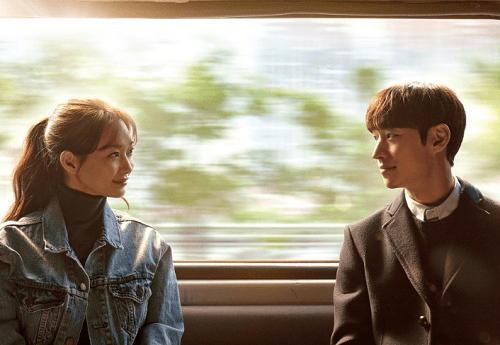 Tells the story of Yoo So Joon, a successful CEO of a real estate company who has the ability to travel through time when he takes the subway.

He then goes back and forth in time and sees his future self living in torment and misery. To try to change his shattered future, he decides to marry Song Ma Rin, a cheerful photographer, though not in love with him.

Tomorrow With You was released in 2017 with 16 episodes. This is a tvN original drama and you can watch it on Netflix and Viki. 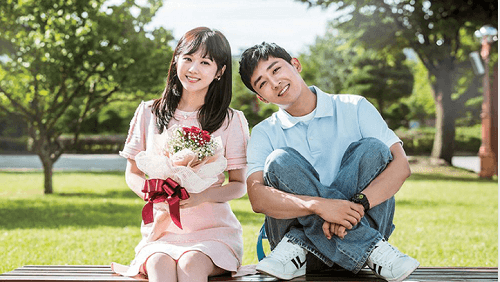 Tells the story of a 38-year-old married couple, Choi Ban Do and Ma Jin Joo. They married at a young age when they were in love but now hate each other and regret marrying at such a young age.

Choi Ban Do feels the burden of being the breadwinner, and Ma Jin Joo is a housewife with low self-esteem. Once upon a time, the couple time-traveled and found themselves as 20-year-old university students when they met for the first time.

This is one of the best time travel Korean dramas released in 2017 with 12 episodes. You can watch it on Netflix and Viki. 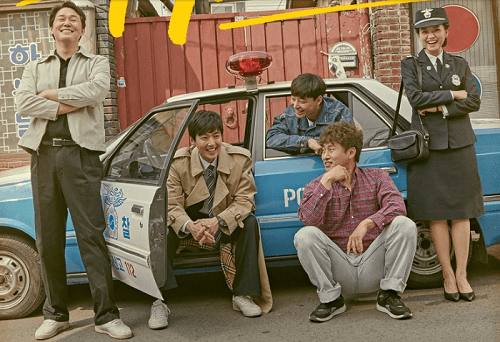 Han Tae Joo is the leader of a crime investigation team who pushes his career and rises through the ranks by trusting data above all else.

One day, he is investigating a serial murder case and has an accident. When he awakens, he suddenly finds himself in the winter of 1988.

And now he is a detective assigned to work at a police station in a small town. To return to the present, Han Tae Joo tries to solve the case and hopes to return. It was released in 2018 with 16 episodes. 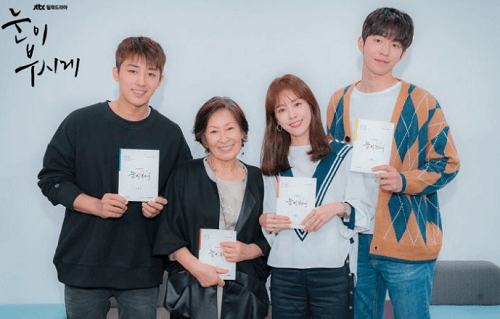 Kim Hye Ja is a 26-year-old girl who uses a mysterious watch to rewind time in an attempt to prevent an accident to save her father.

But he failed. Out of desperation, he ends up rewinding the watch too many times and accidentally ages it, becoming 70 years old.

Confused and sorry it ended like this, he then embarks on a journey to get things back on track. Along the way, he encounters his family and friends who no longer recognize him. That includes Lee Joon Ha, the young man she loves, who misses her while struggling with her life.

This travel Korean drama was released in 2019 with 12 episodes. You can watch it on several streaming platforms such as Netflix, Hulu, Viki, and Disney+ Hotstar.

So, those are the top 10 best time travel Korean dramas that you can watch. Thank you for reading this article!