Extraordinary You is a Korean drama that can be watched in 2 days Or even 1, if you have 16 hours of free time. If you are looking for something to enjoy at the party over the weekend and chose this one, and it is perfect. 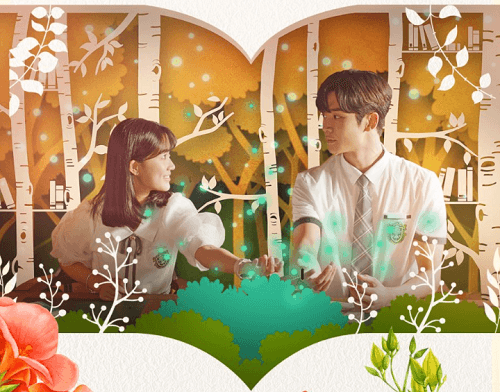 Tells the story of a beautiful girl named Eun Dan-oh, the only daughter of a rich man who has a critical heart problem. This means he will not live past his teenage years. She is also engaged to a popular guy who doesn’t like her.

However, when Eun Dan-oh realized that he also had a long gap in his memory, he realized another unpleasant fact in his life.

He is a character in a Korean webtoon and all his actions are predetermined by the image artist. Worse, she discovered he was only a supporting character in the cast.

All control over what he does or says in the “scene” is held by the artist. This makes him often lose his memory when he jumps to the next scene.

Displeased with these terms, Dan-oh decides to change the scene and take control of his own destiny. But He cannot change anything. Then he discovers another fact, that a nameless classmate with scroll number 13 is able to change his fate.

This drama follows Eun Dan-oh, Number 13, and his other classmates through this lengthy comic book story. 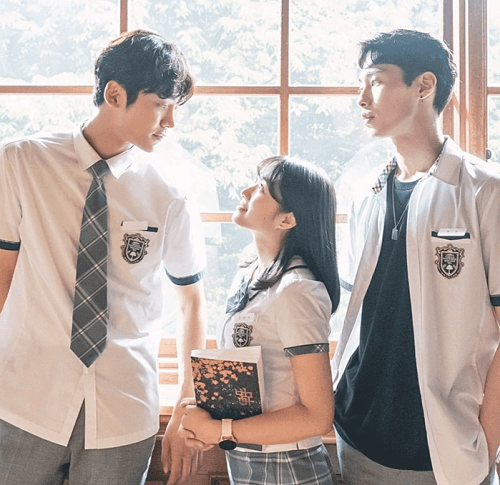 In the last episode, we saw a lot of heartbreak involving the main character or additional side characters in the story as we will discuss.

Ha Ru crumbles in the dark, and she spends her last few moments with Dan Oh before leaving. His scar faded slowly, swallowing him and bidding his painful goodbye.

Passing one year later for their graduation, Dan-oh and his colleagues make up their final moments in a book called Secrets, which the author is currently writing.

When the characters say goodbye to each other to potentially start a new life in college after school, the book is officially over.

Dan-oh then entered college, there he found a tree that was 300 years old and had been on the bench under it for a long time.

Suddenly, he heard a voice say, “Whether we’re on the Stage or in the Shadows, let’s meet there on October 10th. If we do that, I feel like we might meet for a long time, just like this tree.”

He turned around, looked back, Haru stepped out from behind the tree. Dan-oh says, “I found you,” but Haru just stares blankly at him.

Calling him by name, he shows her a photo, but he still doesn’t seem to recognize her. Disappointed and confused, Dan-oh leaves the photo on the bench and turns to leave.

But Haru called her, “Eun Dan-oh,” then ran and hugged her. Dan-oh turns in his arms and they both cry as Haru says, “I missed you.”

Dan-oh tells him, “I missed you, Haru-yah,” and they fall into each other’s arms, finally free to be together. A happy ending

The romance storyline between Eun Dan-oh and student Number 13 who is named “Ha-ru” by Dan-oh. The concept of this drama is prone to many plot holes and all the loose ends can’t be tied up in just 16 episodes.

I did recognize some of the plot holes but since I ate them I didn’t pay much attention or analyze them.

This is a drama fit for entertainment, not for analyzing or having perfect details.

While watching dramas, everything is fun and entertaining. But it wasn’t until much later thought that I realized the number of complex emotions and relationships depicted.

Characters don’t have complete freedom over their actions or destiny, and the way they deal with it backstage with their egos really shows what kind of character they really are.

Dan-oh is engaged to Baek Kyung, a member of the school’s popular boy band A3. He has a crush on her but she is with him only because of his family, else he doesn’t like her. This creates many sad scenes on stage as he continues to break his heart.

He is an unnamed comic book character who is drawn into Eun Dan-oh’s scheme to change his fate. Since she doesn’t have a name given by the author, Dan-oh names her “Ha-ru” so he can call her something.

Baek Kyung is part of A3, the school boy band and is therefore very popular at school. at her father’s insistence, she gets engaged to Dan-oh. But Baek Kyung doesn’t like him and hopes he doesn’t depend on her or like her.

Kyung is rude, arrogant, and so involved in her own problems that she doesn’t care about other people’s feelings.

Yeo Joo-da is the main character in the actual comic book story. A poor girl who gets a scholarship to attend a prestigious school and is constantly bullied by bad girls. Two members of A3 fell in love with him and thus a love triangle ensued.

The most popular guy in school, the leader of A3, and the son of a superstar. Oh Nam-joo seems to have it all, but there’s a lot more to him than just the popular arrogant guy all girls like.

The third member of A3 and eternal lover, Lee Do-hwa is the third part of the comic book love triangle. He’s kind and thoughtful, and is a cliché second male lead.

Fairy Dried Squid is part of the school cook who makes delicious dried squid. But he is also more than that.

A very sweet drama with more romance than meets the eye. Perfect for parties/watching if you want something fun and exciting. It’s so good that I really want to watch it a few more times.