They sometimes sign a marriage contract, other times it’s a verbal agreement. There are a variety of reasons why characters want to fake relationships, including getting an inheritance, parental pressure, and keeping up appearances.

Usually Korean drama fake marriages will present a happy ending with the main character falling in love after marriage. Inevitably falling in love will make a relationship permanent.

So, we have a list of Korean dramas set in marriage that you need to watch if you believe in true love and the gradual development of love.

Many of these Korean series arrange beautiful weddings and make you fall in love with them. There are top 12 dramas including forced relationships, fakes, set in Korean Dramas:

List of The Best Contract and Arranged Marriage Korean Dramas 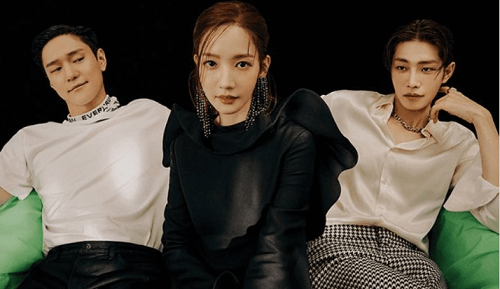 Love in Contract, which tells the story of Choi Sang Eun, is the life definition of the perfect couple. This was precisely why instead of getting married, he chose to use his skills as a contract marriage master.

Transforming herself into the perfect match for each of her clients, Sang Eun enables those who use her services to live the perfect single life, without having to agree to a lifelong committed relationship.

Jung Ji Ho long-term client has used Sang Eun’s services every Monday, Wednesday, and Friday, for the past five years.

Now Sang Eun is torn between her professional obligations and her feelings for Ji Ho and Hae Jin, Sang Eun. Will he be able to maintain his professionalism when his heart leads him in two different directions?

2. Because This Is My First Life 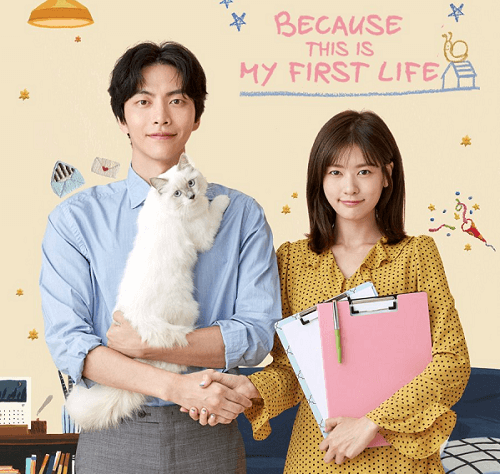 Because This is My First Life is a television show about arranged marriage in which a couple signs a two-year contract. They signed the marriage contract without feeling involved.

Nam Se-hee is married to a homeless writer. He makes the decision to move in with his wife while posing as the owner of the house. They gradually develop feelings for each other.

This drama was released in 2017 and has 16 episodes. The cast includes Lee Min-ki and Jung So-min. This drama is also available on Netflix. 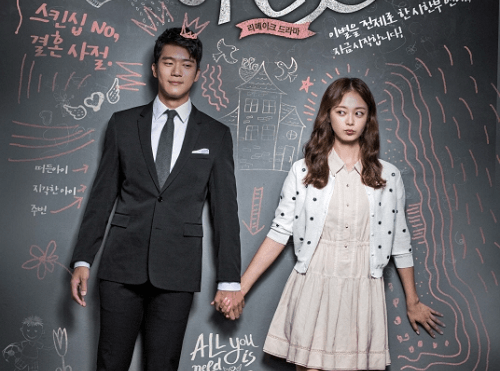 Lee Jae In is forced by his grandfather to get engaged to Kim Da Hyun, a beautiful school teacher with one of the sweetest personalities in the world.

Jae In and Da Hyun are forced to accept the request, and they must do their best to get through the next few months. Things start off badly because they are complete strangers, have nothing in common, and are only linked by contract. But over time, so much has changed that, given the opportunity, even the most determined of hearts can soften.

This Korean drama was released in 2016 and has 16 episodes. The cast includes Ha Seok Jin and Jeon So Min. 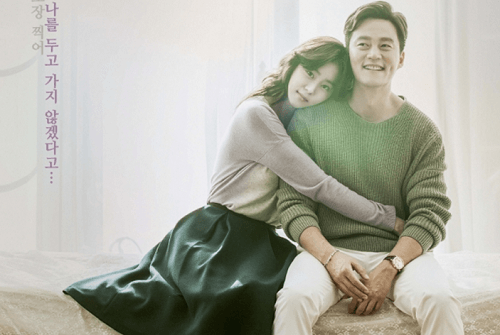 Single mother Kang Hye-soo (Uee) tries to support her kid while making payments on her late husband’s debts. The son of a chaebol, Han Ji-hoon (Lee Seo-jin), seeks a contract marriage to rescue his mother, who needs a liver transplant.

After learning that Kang has an untreatable brain tumor, she consents to wed Han and give a portion of her liver to his mother in exchange for money to support her daughter until she is an adult.

This fake marriage korean drama was released in 2016 and has 16 episodes. This MBC drama can be watched on Netflix. 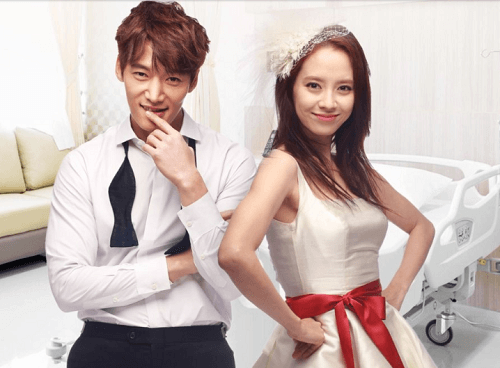 While still in school, a dietician and a medical student fell in love. Although they get married, their union does not last. The man abandons his goal of becoming a doctor in favor of a career as a salesperson. Once again meeting, their love begins to blossom. 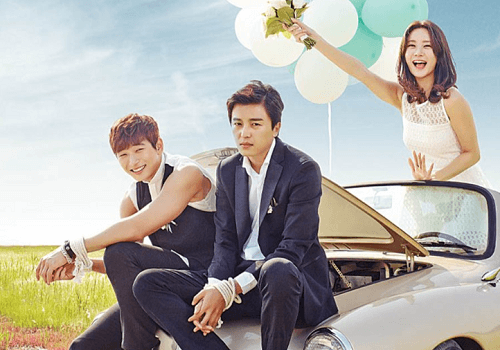 The protagonist of the Korean drama Marriage Not Dating is a man who has no interest in getting married. His parents want him to get hitched.

He meets Joo Jang-mi, a young woman who has received no marriage proposals. She also never succeeds in relationships and is unlucky in love. He brings her to his house and introduces her as his girlfriend. They eventually fell in love.

This Korean drama about arranged marriage was released in 2014 and consists of 26 episodes.

7. Fated To Love You 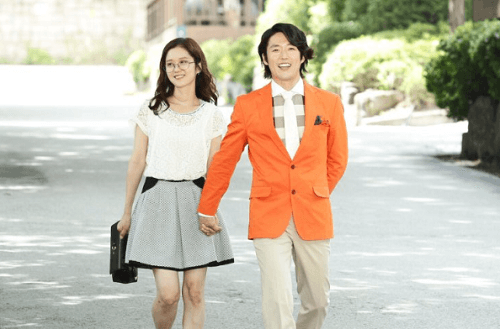 One of the best depictions of post-marriage love in Korean dramas is this one. A wealthy man named Lee Gun has a girlfriend, but she declines to get married to him so she can continue her career.

He meets Kim Mi-young by chance, and for a variety of reasons, they wind up spending the night together. They must get married, and Kim Mi-young gets pregnant.

Lee Gun treats her with respect even though he doesn’t love her, and eventually they start to fall in love. However, when Lee Gun gets into an accident and forgets his romance with Kim Mi-young, fate has other intentions.

This is a lovely story of a couple’s journey from respect to love and from separation to reconciliation. This Korean drama forced marriage was released in 2014 and has 20 episodes. Jang Hyuk, Jang Na-ra, Choi Jin Hyuk and Wang Ji Won are the main characters of Fated to Love You. 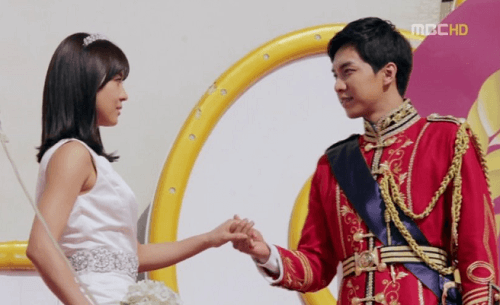 Kim Hang-ah is a North Korean special forces officer. Lee Jae-ha is a crown prince who doesn’t care about welfare. At a joint military exercise, they cross paths. The two got off to a controversial start.

Lee Jae-ha, however, developed feelings for Kim Hag-ah. A marriage is arranged between them, but when the king is assassinated, things get complicated and they must work together until the problem is resolved.

The cast of this drama includes Ha Ji-won, Jo Jung Suk and Lee Seung-gi. This drama was released in 2012 and has 20 episodes.

9. Prime Minister and I 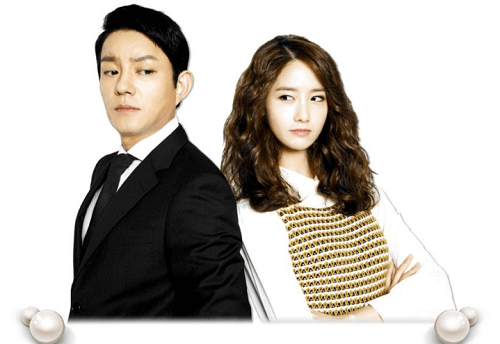 Despite doing a good job at his job, Prime Minister Kwon Yool finds it difficult to raise his three children on his own. At work, Nam Da Jung is a reporter who exudes excitement, but she always misses important things.

When Nam Da Jung chases after Prime Minister Kwon to gain lucrative exposure, he ends up raking in more than he anticipated. Kwon Yool’s three children received a mother as a Christmas present, and that mother was Nam Da Jung.

Released in 2013, there are 17 episodes in this drama. The main cast includes Im Yoon Ah, Lee Bum Soo, Yoon Shi Yoon, and Chae Jung An. 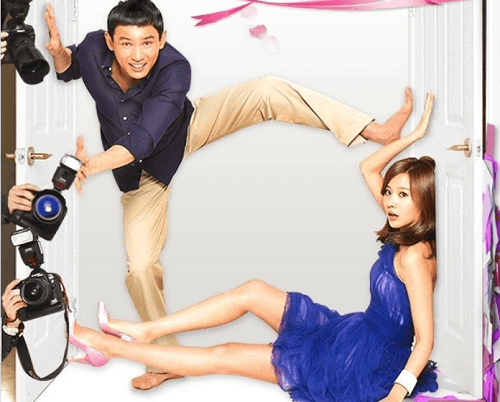 It all started when Ji-su, an actress, was injured in a car accident while her boyfriend was driving. As her boyfriend flees the scene, Ji-su drags a helpless bystander into the car — postman Dong-baek Gu — in an attempt to hide their relationship.

Then the paparazzi showed up and started taking pictures of them. Dong-baek Gu instantly gains a reputation as a result, and things get even weirder when he keeps pretending to be Ji-su’s girlfriend.

This forced relationship Korean drama was released in 2009 and has 16 episodes.

11. Bride of The Century 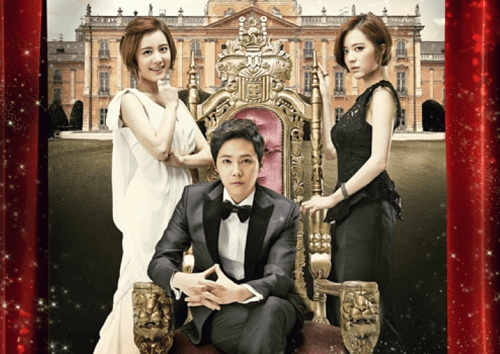 The greatest corporation in South Korea is Taeyang Group, however the family that owns Taeyang is said to be under a 100-year curse wherein the first wife of the eldest son will always pass away.

When Jang Yi Kyung abruptly vanishes, Choi Kang Joo, the current heir to the Taeyang Group, had been set up to marry her. For a sizable quantity of money, the Jang family persuades Na Doo Rim, a poor rural girl who closely resembles Jang Yi Kyung, to pose as the missing heiress in order to keep the engagement going.

This marriage contract Korean drama was released in 2014 and has 16 episodes. 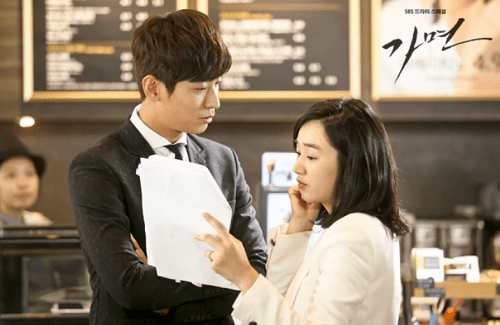 This Korean drama is suspenseful and chock-full of intrigues. However, with the passage of time, it is also an arranged marriage that develops into love. Son of an affluent family with some health difficulties, Choi Min-woo. He manages the family business, but has a wicked brother-in-law (Min Seok-hoon) who is after his fortune.

With the help of a cunning plan, the brother-in-law manages to wed Choi Min-woo and Byun Ji-sook, a poor woman who resembles his former wealthy fiancée.

The poor girl was caught in his nefarious scheme, but she eventually started to love her spouse. She makes every effort to protect him, his family, and friends from the plots.  This arranged marriage Korean drama was released in 2015 and has 20 episodes that are very enjoyable to watch.