Home Korean Drama K-Drama: Because This is My First Life Review

Because This Is My First Life is my favorite drama throughout the 2017 K-drama year. I like it because the storyline is really sweet.

It also carries a story about an arranged marriage that is always one step ahead to keep me interested in watching it.

This original tvN drama is different from the others in that it addresses issues that modern career-oriented South Korean adults often face in their 30s.

Those who have moved out of their parent’s home and are busy going through all the personal adjustments that come with new financial independence, professional career growth, and of course finding – hopefully – the love of their life. 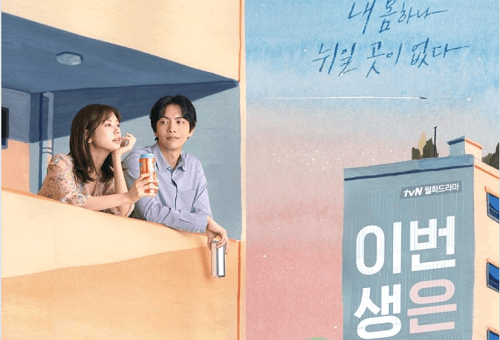 Because This Is My First Life begins with Nam Se Hee (Lee Min-Ki) an eccentric computer designer whose whole life is in order. At almost 32 years old, Se Hee has absolutely no interest in getting married and prefers to live with her pet cat.

Se Hee lives in the apartment she bought in installments. And because the installments were still long, he decided to rent out one of the rooms in his apartment. While he is still looking for a suitable housemate, his friend and boss, Ma Sang Goo (Park Byung Eun), introduce someone named Yoon Ji Ho (Jung So Min).

Yoon Ji Ho is an assistant scriptwriter who graduated from Seoul National University.  Not knowing, Se Hee thinks Ji Ho is a boy and Ji Ho thinks Se Hee is a girl.

And because of their busy schedules, they never saw each other even though they had been living together for a week. When the two finally met, they were both shocked.

However, since Se Hee is having a hard time finding a roommate who fits her criteria, she doesn’t mind if Ji Ho stays as her housemate. And in the end, they remained housemates.

He was frustrated with his father who constantly pressured his mother to marry him. Finally, Se Hee offers Ji Ho a contract and compensates Ji Ho for living in his apartment for a small fee. At first, Ji Ho refused, but due to an incident and some considerations, Ji Ho finally accepted Se Hee’s offer.

Because This Is My First Life Ending (Spoiler)

We were a little disappointed with the conclusion of the show. The story doesn’t include big twists in the plot or big resolution. This is quite disappointing, especially considering the fact that the drama’s opening scene left viewers with high hopes for the drama’s ending.

The ending is happy, Se Hee and Ji Ho are really happy forever. Ji Ho makes the decision to leave forever after realizing that he needs to find who he is and some source of motivation.

He left without confirming or telling anyone. When Se Hee is unable to reach Ji Ho, her life is completely turned upside down. He roams the streets of Seoul like a man in love. He even sold his house and moved into Ho Rang and Won Seok’s old apartment.

After his soul search ends and Ji Ho returns to Seoul. He decides to stay in the same place but doesn’t realize that Se Hee lives there too. The couple finally made up after passing each other once again.

In addition, the two agreed that in the future, all their marriage contracts would be executed once a year. They also agreed to stay in love with each other until the end of time, which was the only condition in the contract. 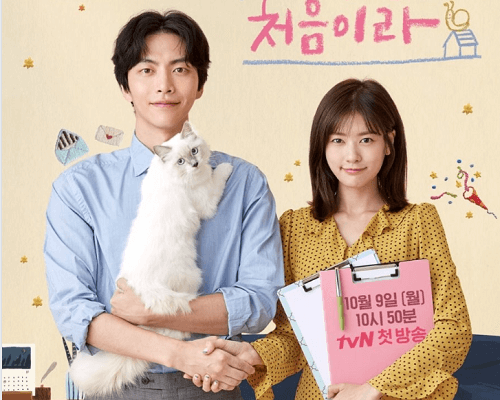 Because This Is My First Life Review

Because This Is My First Life expertly guides us along the various paths of love, with three couples at its core. It’s a sweet program that warms the soul and puts a grin on one’s face. When I recently saw it again, I fell in love with it all over again!

Lee Min Ki as Nam Se Hee, a computer designer, and Jung So Min as Yoon Ji Ho, an aspiring writer. The two entered into a contract marriage because each needed a place to live and a tenant and because his parents forced him to marry.

One of my all-time favorite cliches is the marriage of convenience, and it instantly gets me giddy. So it was a no-brainer to decide to watch this drama. The whole slice-of-life, the unassuming atmosphere is what distinguishes it. The show has an original approach and is unpredictable.

The two main characters, who are each a little quirky in their own way, become friends via common hobbies and daily activities. Ji Ho is an endearing character whose tranquility is her strength.

She has an endearingly instinctive quality, and I enjoyed her thoughtfulness and monologues. Se Hee is a similarly straight-faced, considerate, and caring individual. He is careful and stern, but as the play went on, he showed hints of emotion that felt sincere while yet staying true to his character.

The chemistry between Jung So Min and Lee Min Ki is excellent, and these two are endearingly uncomfortable. I simply adored seeing them progressively grow in love.

In addition to the primary couple, there are two more pairs that show different sides of love. Our heroine’s best pals are Woo Soo Ji and Yang Ho Rang, and their friendship is wonderful.

It touches the heart because it is genuine and realistic. Shim Won Suk and Ho Rang have been together for a while. She wants to marry him, but he is focused on growing his startup.

Soo Ji is an independent worker who rejects commitment in romantic relationships. Sang Goo, Se Hi’s friend, and supervisor, crosses her path. Even though Soo Ji and Sang Goo are very different, they make a wonderful couple.

These four characters are nicely developed, and equal weight is given to each of their relationships. I adore that the drama doesn’t feature any characters who come off as filler or as dull.

Because This Is My First Life Cast

Is because this is my first life worth watching?

Worth watching. Two strangers marrying to save money is a totally melodramatic, soapy idea, but since this is the first life I managed to turn it into a totally compelling and believable sixteen-episode love story. It greatly benefits from the way the two main protagonists’ love lives and relationships with their friends are woven into the main plot.

Does because this is my first life have happy ending?

With a happy ending, Se-hee releases the curse her ex threw at her. She seems to take heart and deny herself love for years. Once he does this and realizes how much he loves and misses Ji-ho, their reunion is deserved.

I think this is a good drama, especially if you look at the plot of the story about contract partners. Provides a fun exploration of love, Because It’s My First Life which is caring, funny, and touching.