Are you looking for the best medical Japanese dramas? here we have compiled a top 10 list of them.

J-dramas or Japanese dramas may not be as popular as K-dramas, but you should give them a try. There are many things to try, one of which is Japanese doctor and medical drama.

Japanese medical series has a lot to offer, a variety of genres within a given storyline that will deliver romance, riveting thrills, and even laugh-out-loud comedy.

There’s also the thrill and holding of your breath to medical dramas as they often involve life-or-death situations that can happen in the ER or hospital. To that end, here are the top 10 Japanese medical drama below! 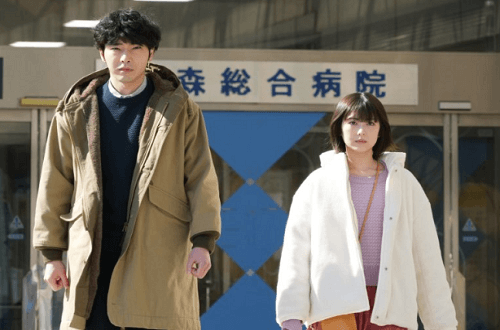 This Japanese medical drama tells the story of an unconscious woman wearing white clothes, who is found in a park in the early hours of the morning.

The woman doesn’t remember anything except her name Byakuya. He also didn’t know the general stuff, but he remembered having extensive medical knowledge and possessing genius diagnostic abilities.

With just a little bit of information, he can diagnose any disease and then start working with the diagnostic team at the hospital.

This is the Japanese doctor drama latest released in 2022 with 10 episodes. 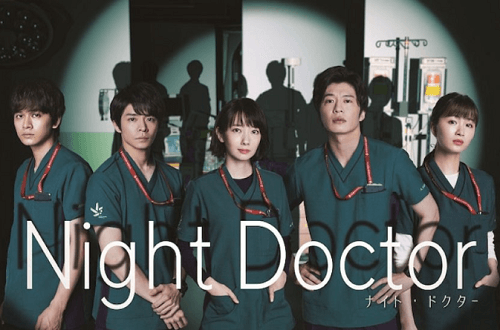 It tells the story of Japan’s emergency medical care system which is experiencing a severe shortage of manpower.

The night doctor is an emergency medical team that is only on duty at night. Thanks to this system, the shift system was abandoned and hospitals could provide proper care 24 hours a day.

This Medical Japanese drama was released in 2021 with 11 episodes. 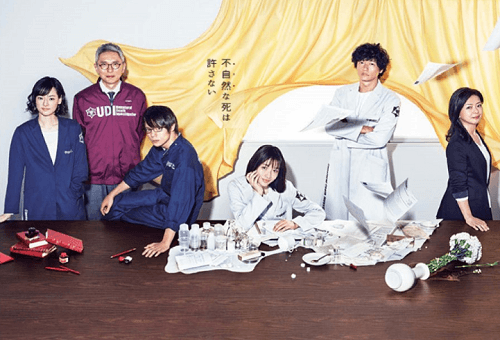 Unnatural, tells the story of a pathologist at the UDI Lab named Mikoto Misumi (Satomi Ishihara). Mikoto Misumi has always tried to uncover the truth behind unnatural deaths.

Together with his lab technician partner, Yuko Shoji, and rookie medical recorder, Rokuro, they examine the body for possible drug poisoning and then learn the truth.

This Japanese medical series was released in 2018 with 10 episodes and is available on WeTV.

4. An Incurable Case of Love / Koi wa Tsuzuku yo Doko Made mo 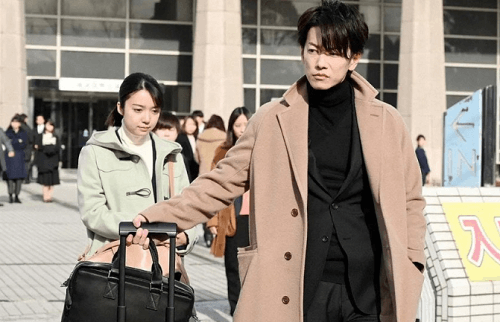 Sakura Nanase is a 22-year-old rookie nurse. She met Doctor Tendo Kairi several years ago and fell in love with him.

In order to meet her again, she studied hard and became a real nurse. After 5 years, she finally meets Tendo again, but he has a different personality than she imagined.

Tendo, who is currently 33 years old, is often referred to as the “Devil” at work. He is a level-headed perfectionist and often makes scathing remarks at doctors and nurses.

Sakura then works hard to get Tendo’s confession and also honestly confesses her feelings for him.

Because of her tenacity, Sakura became well-known in the hospital, even giving her the nickname “Warrior. Chick.” Meanwhile, Tendo begins to take an interest in Sakura.

This is one of the best medical Japanese dramas released in 2020 with 10 episodes. You can watch it on Viki and WeTV. 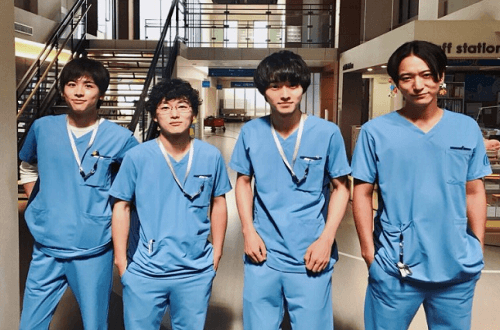 Minato Shindo has savant syndrome. His memory is excellent, but he has difficulty communicating with other people.

When Minato Shindo was young, he dreamed of becoming a pediatric surgeon when he grew up. He was inspired when he met Doctor Akira Shiga.

Akira Shiga who tries to teach him is shocked by the 7-year-old boy’s memory of human organs and he decides to support Minato Shindo in achieving his dream.

Over time, Minato Shindo graduated from medical school and passed the national exam for medical practitioners.

Meanwhile, Akira Shiga works as a director at a large hospital and he suggests to Minato Shindo to work in the pediatric surgery department at the hospital where he works.

This Japanese doctor drama was released in 2018 with 10 episodes and is available on Wavve. 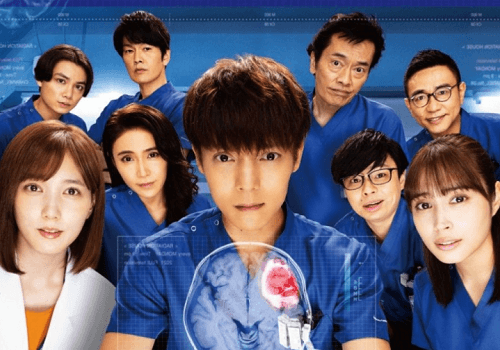 It is a Japanese sequel series to Radiation House (2019). Still tells the story of Igarashi Iori, a talented radiographer who believes that “truth” must be captured in CT and MRI images.

He and radiologist Amakasu An work in the radiology department of a hospital where they determine the causes of patients’ illnesses and injuries. This Japanese medical drama was released in 2021 with 11 episodes. 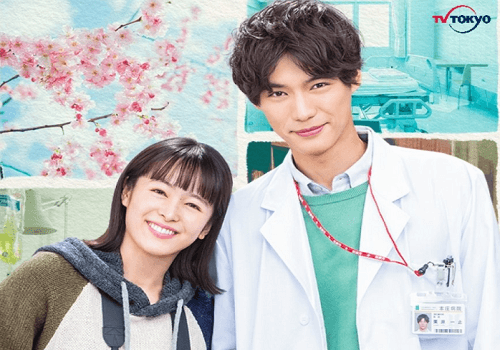 Ichito Kurihara is a doctor at a small hospital in Nagano Prefecture who leaves his job there to treat the many patients rejected by the university hospital.

He even has to work three days without sleep to handle them and only with the support of his wife, Haru, can he continue this hectic schedule.

Once upon a time, he found himself facing a difficult decision when a university hospital graduate made him an attractive job offer.

The position will give him more time with Haru and learn about cutting-edge techniques and other medical advancements.

But on the other hand, he can leave his current patients, all of whom the university hospital rejects. This is one of the best Japanese doctor dramas released in 2021 with a total of 4 episodes. 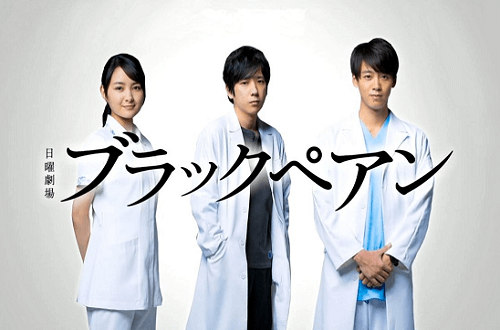 The storyline of the series follows Tokai, a surgeon at Tojo University Hospital who boasts a 100% success rate for his operations.

But his arrogance often creates friction among his colleagues, who refer to him as “a doctor who saves patients but kills doctors”.

Meanwhile Saeki, a professor of general surgery and one of the best heart surgeons in the world, always uses black forceps or commonly known as “Black Forceps”.

One day, Saeki performs a very difficult operation and doctors from a rival hospital come to see him work. However, during the operation, one of his patients suffers from aortic dissection.

His first surgical assistant and resident, Sera, treat the patient, but his condition becomes critical. While Takashina, a doctor from Teika University Hospital watches, Tokai appears in the operating room.

One of the best Medical Japanese dramas was released in 2018 with 10 episodes. 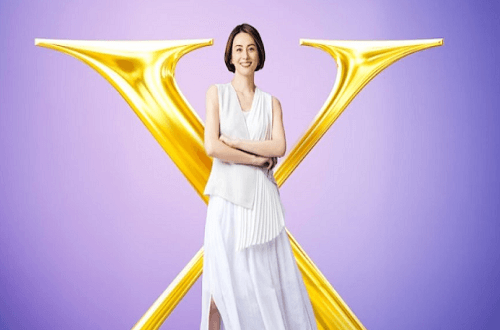 The storyline of this Japanese doctor drama follows Daimon Michiko who goes through his job as a surgeon during a global pandemic that causes medical systems to collapse all over the world, including Japan.

This Japanese series was released in 2021 with 10 episodes. You can watch this Japanese drama on Netflix. 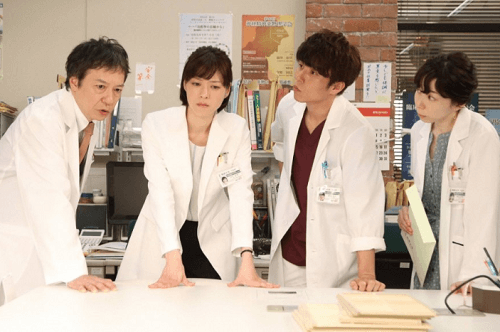 It tells about Asagao a rookie forensic scientist, who works in a university forensic medicine class in Kanagawa Prefecture.

He is a licensed doctor and is highly respected by those around him. Asagao lives with his father Taira, a veteran detective.

Meanwhile, Asago’s mother died in the 2011 Tohoku earthquake and her mother’s body was never found.

One time, Asagao’s forensic medicine class unexpectedly cooperated with the investigation section of the police department.

At that time a body was found and transferred to the Asagao forensic medicine class. Asagao now works with his detective father.

Medical Examiner Asagao is a Japanese medical drama released in 2019 with 11 episodes.

Those were the 10 best medical Japanese dramas that you can watch right now. We put together the latest courses with great image quality and stunning production. Thanks for reading this article, have a nice day!

Sinopsis Drama Jepang My Love From The Star 2022