Best Japanese Dramas on Netflix. Japanese series may be slightly less popular than Korean dramas but that doesn’t mean there aren’t a number of series worth checking out.

There are a lot of Japanese dramas on the rise, thanks to recent hits like Alice in Borderland topping the Netflix charts and then some.

Even though most of them tend to be adapted from manga (Japanese comic) series, that doesn’t mean they aren’t worth watching.

In fact, because they are adapted from popular material, they are only suitable for being adapted into a series and Netflix broadcasts them.

Are you looking for the best Japanese dramas to watch? From romance to thriller to fantasy, we’ve rounded up our picks of the top 10 and newest to watch on Netflix. 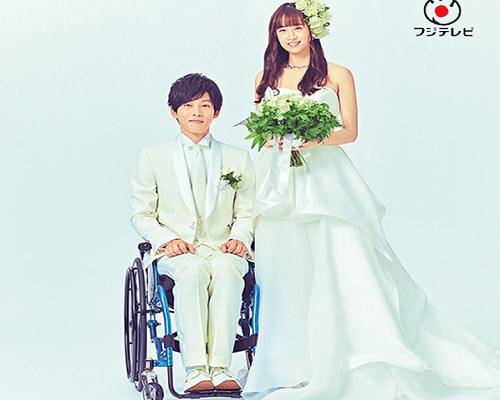 Perfect World is one of the best romantic Japanese series that you can watch on Netflix.

Tells the story of Architect Ayukawa Itsuki who is paralyzed from the waist down. He used to be the ace of the high school basketball team but injured his spine in an accident while in his third year at university.

After that, he decided not to play basketball or fall in love again because he had to sit in a wheelchair.

Meanwhile, Itsuki is Kawana Tsugumi’s classmate and first love. Tsugumi loves to draw and her ambition is to enter an art college.

However, he lacked confidence and gave up on the test. Eventually entered an interior design firm, in a clerical position.

Once, Itsuki and Tsugumi happen to meet again at a work-related drinking session and the two become attracted to each other.

However, they face problems including parental disapproval, the emergence of a love rival, and illness as they search for the meaning of happiness. It was released in 2019 with 10 episodes 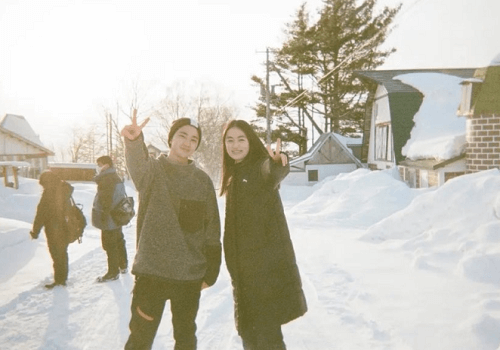 Set in the late ’90s, Yae and Harumichi meet and fall in love. After graduating from high school, Yae continued studying in Tokyo. Meanwhile, Harumichi joined the Self-Defense Force as an aviation student and is glad they parted ways.

One day, Yae gets into a tragic accident, and it’s been 20 years since their lives stopped intersecting.

Now, Yae works as a taxi driver and Harumichi becomes an employee at a security company after serving in the Self-Defense force.

Both are in the same city and destiny brings them together once again to finish their first unfulfilled love. This one of the best Japanese dramas on Netflix was released in 2022 with 9 episodes. 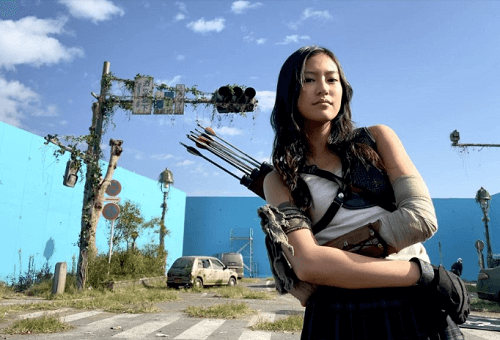 It tells of Arisu Ryohei and Usagi Yuzuha who have been pursuing the mystery of the “frontier”, risking their lives in a game of survival and returning to their world.

There, the two encounter friends, foes, and a game-controlling mastermind in locations believed to be the keys to unraveling the mystery.

They have collected numbered cards every time they won a game. All that’s left are the jacks, queens, and kings and the game they face in this round will be more difficult than the last.

This Japanese drama is available on Netflix, has 2 seasons with a total of 16 episodes. 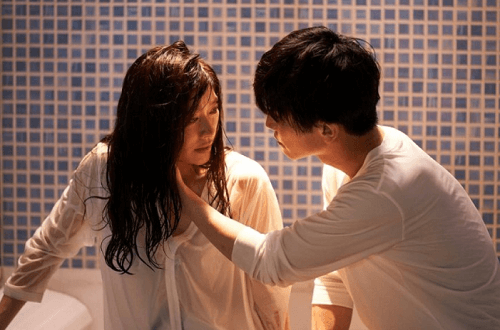 Sakura Hiraga is a woman who is forced to give up on her dream due to an accident. She is now married and her husband runs a hair salon.

They also live in a luxurious penthouse apartment and lead a glamorous life that everyone would envy.

But what not everyone knows is that Sakura Hiraga was physically and verbally abused by her husband. He couldn’t even leave the situation.

Sakura Hiraga imagined herself as a goldfish in an aquarium being toyed with. One day, because of a goldfish, she met a man.

This drama was released in 2022 with 8 episodes. This is one of the best Japanese dramas on Netflix. 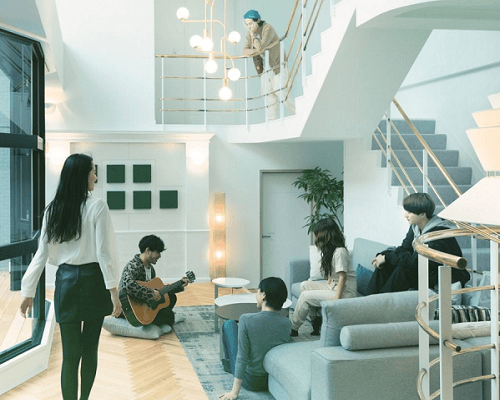 It tells the story of six young men and women in a city that has received worldwide attention because of the Olympics in 2020. This Japanese tv show was released in 2019 with 42 episodes and is available on Netflix. 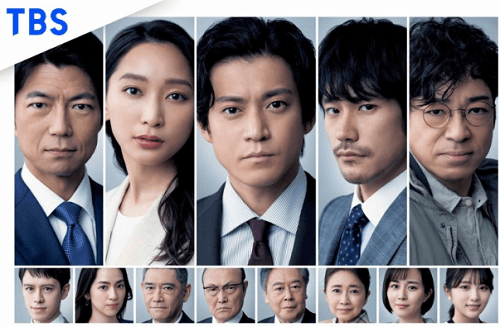 In 2023 in Tokyo, Prime Minister Higashiyama Eiichi is pushing for COMS at the World Environment Conference. COMS is a method for liquefying pollutants and depositing them in crevices on the ocean floor.

Prime Minister Higashiyama then gathered young and talented bureaucrats to launch the Japan Future Promotion Conference, which is beneficial to Japan’s future.

It was released in 2021 with 10 episodes and it is the best Japanese dramas on Netflix. 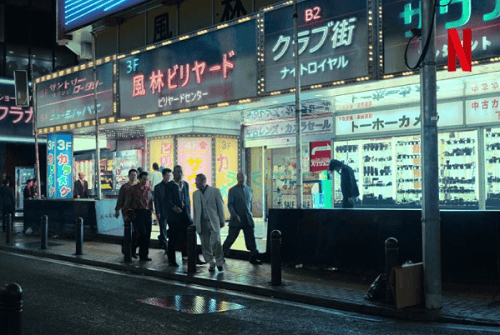 Muranishi is now at the top of his game, with his company generating billions in annual sales.

He and Kaoru Kuroki are more outspoken about pornography, constantly doing TV interviews and public commercials.

He then learned about satellite television channels and jumped in, wanting to use this new innovation to broadcast pornographic films across Japan and the world.

This Japanese series was released in 2021 with 8 episodes and is available on Netflix. 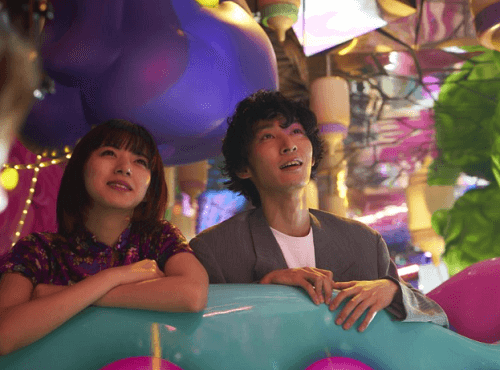 Nara Rimi is an established and popular photographer who meets Hyakuta Natsume who comes to Tokyo with the dream of becoming an actress.

Despite Natsume’s setbacks, she grows from those experiences in this story about the lifestyles of women whose lives intersect in this world dominated by social media.

One of the best Japanese dramas on Netflix was released in 2020 with 9 episodes. 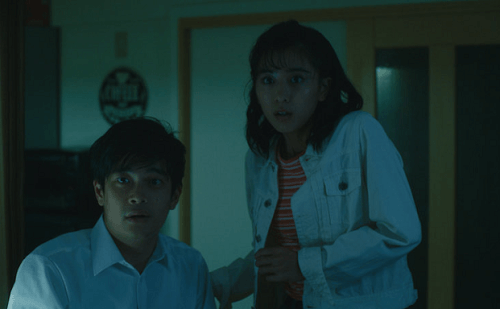 This is a Netflix Original Japanese drama which is the latest installment in the classic Japanese horror franchise Ju-on and is based on true events.

It’s about a paranormal investigator who uncovers a chilling connection between a series of horrific incidents that took place between 1958 and 1997: all from the same house.

Set over 40 years, the series explores the nature of these incidents, building on the established premise of the Ju-on film and lifting terror to new heights. It was released in 2020 with 6 episodes. 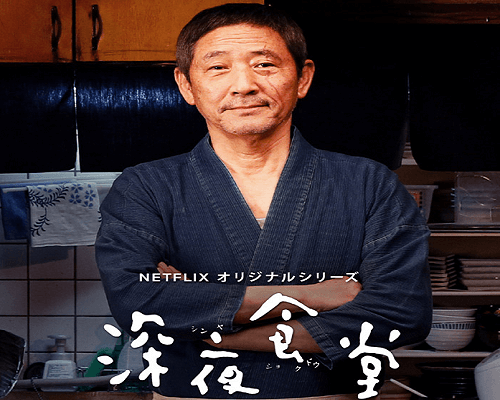 The story is about a small restaurant ‘Meshiya’ in a back alley of a busy street which is run by the owner himself. It was nicknamed the “midnight restaurant”, due to its opening hours from midnight to 7 am.

The only items on the menu are miso soup with pork and vegetable set, beer, sake, and delicious shochu. All kinds of customers visit the restaurant based on the owner’s “make anything that can be done” policy.

The encounters between the owner, food, and customer are hilarious and sometimes heartbreaking. One of the best Japanese dramas on Netflix was released in 2020 with 10 episodes.

That was the list of the 10 best Japanese dramas on Netflix that you can watch right now. Thanks for reading this article, I hope you enjoy it!

Sinopsis Drama Jepang My Love From The Star 2022