Good Old Days tells the story of an antique shop owner who sells these antiques at a price that is judged by the story and history of the item. This Thai romantic drama airs on August 10, 2022, and has a total of 10 episodes, reported by Mydramalist. 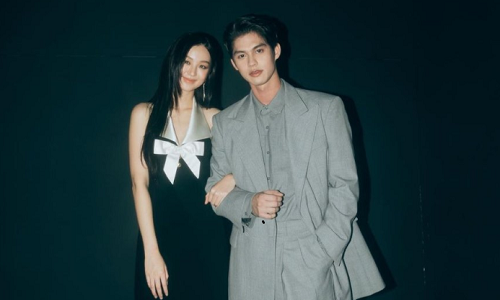 Good Old Day series tells the story of a shopkeeper or an antique shop owner. He sold these antiques at a price judged by the stories and stories of the items. Because Krist the seller wants the buyer of the item to remember the story of the antique.

The woman was suddenly surprised by the price and said “for this little ball? Even this ball is not clean.” Then the shop owner told the story of the ball if the little ball ever belonged to one person.

The shop owner said that the price of the goods sold in this shop was not based on the material value but on the value of the story behind it.

The series also tells a flashback of antiques sold in the shop. Then another woman said, no matter how expensive it was, she would still support it.

In this drama, there are six stories about six different people who deal with objects sold in antique shops. It contains stories about love, memories, unforgettable dreams and dreams, and much more.

Good Old Days has a unique concept and is quite different from the usual GMMTV fare. I started late on this show, but once I started it didn’t take long for me to get stuck.

Of course, some stories are stronger than others, but they all captivated me in their own turn. While the show ends loosely at the end of the series, at that point, neither story has a really happy ending and that’s okay. It makes the show more real and the characters more human.

I appreciate a show with an anthology narrative. Each of the 6 stories exists on its own but is tied back to the walking narrative of Hey’s life as a shopkeeper.

This is something that GMMTV doesn’t deal with very often, but they did a great job with this one. If I had to rate them, I’d place them in this order: 1) Bonds and Relationships, 2) The Path to Regret, 3) Memories of Happiness, 4) Love Wins, 5) Somewhere That Only We Have, 6) We Soundtrack

However, the story below is not bad, just not as good as the one above. This show tackles a lot of difficult (and dark) issues but in a very real way.

The characters are forced to face this problem one way or another and they all have to sacrifice or lose something before they come out on the other side. None of these stories have happy endings, but rather satisfying endings.

The objects in this show are also “stars” in their own way. It would be very easy for objects to just exist in the background of the story, following the characters, but all objects carry so much meaning and you feel it.

In some stories, the object is the focus of the story and in other stories, the object disappears into the background but in an ever-present way. I never forget those things. the importance and weight they bring to the characters and stories. It really captures the idea that “every object has a soul.”

With such a large cast, it’s hard to name all the actors and actresses, but I think they all did an amazing job and put on a great performance. I especially liked Krist and his role as a shopkeeper.

His character development is very different because we don’t see the story until the end, but until then he plays the role of the omnipotent shopkeeper very well. In this type of show, usually, the shopkeeper is an ordinary old man, but the irony of Hey is that he experiences the world through other people but that’s how he can understand people. I think Krist does an excellent job of capturing the essence of this character.

The only real disappointment I have with this show is that they wrapped things up really well. I don’t know how extensive the source material is for this show, but I’ll be watching a sequel series with a new story.

Good Old Days is definitely worth watching and is definitely a taller show than most. This is truly a show that will make you think and reflect on life and how people deal with their problems. 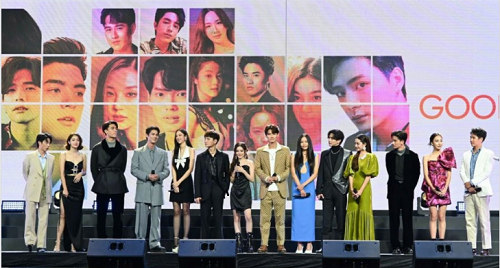