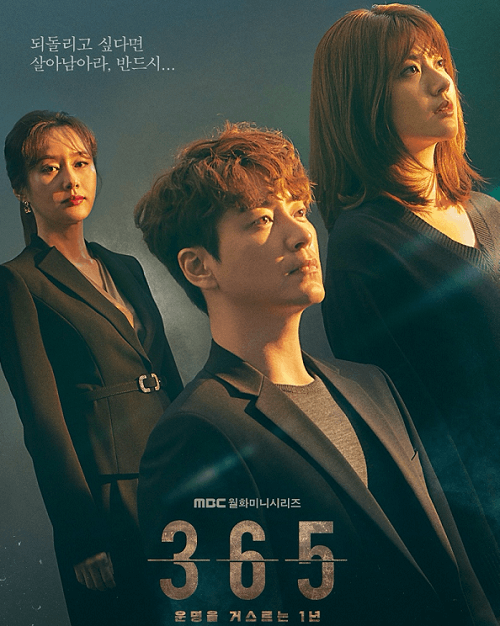 A story about ten people who get the chance to go back in time in one year, but unexpectedly mysterious situations begin to emerge when their fates are changed and twisted in the process.

Ji Hyung Joo is a detective in the violent crimes division. He used to be part of the traffic police but was promoted when he caught a fugitive.

It had been seven years since that change, and he was a talented individual who always knew how to relax. Although at first, he is happy to have the opportunity to go back in time and “reset” his life, he begins to search for the truth when a series of mysterious events befall a group of people he invites back in time.

On the other hand, Shin Ga Hyun is a popular writer whose life takes a turn for the worse after an accident lands in a wheelchair. He takes the opportunity to go back in time and change things but gets caught in the same situation as Hyun Woo and teams up with him to find out.

Then, Lee Shin is a mysterious psychiatrist who brings everyone together and gives them a chance to go back in time. Little is known about him, but it soon becomes clear that he has ulterior motives.

Ga-Hyun is found on the couch in the final episode, bleeding from a body stabbing, when Hyung-jo comes home. Even though he’s barely conscious, he sees Sun-ho appear behind Hyung-jo and use the last of his strength to jump on top of Hyung-jo. To give Hyung-jo time to shoo Sun-ho away, he grabs the knife meant to kill Hyung-jo.

Hyung-jo ends up winning the duel between the two, and he shackles Sun-ho. Ga-Hyun gasps when he asks her to wait until the ambulance arrives, and he promises to sign autographs for her next time. Hyung-jo cries as he hugs her body and walks away.

Shin is surprised to find Hyung-jo alive and well the next day, a living example of how destiny can be changed. He was told he would rearrange, but Shin replied that he had chosen to live in the present so he could see what his daughter would be like.

Hyung-jo replies that he doesn’t care when he retracts his guilt and warns him that if he resets, he might experience a completely different kind of suffering. Shin admits he barely knows part of the route to the reset point because No-seob always makes him take sleeping pills for the rest of the trip.

She had been informed by No-seob that the route split at the end of the tunnel, with one side leading to a reset and the other to death.

Hyung-jo approaches the junction and takes the right path, which directs him away from the ravine and toward the mountains. Without Shin or Sun-ho, No-seob is forced to restart alone, and he chooses the left fork.

Time moves backward, as No-seob returns to the year 2019. He runs into Hyung-jo, who hardly notices him, but later Hyung-jo enters the No-office Seob’s at Samo Pharmaceuticals and declares that the reset was successful. The path that led to the ravine and the reset eventually re-converged, so it didn’t matter which fork he took.

In order to obtain approval for a clinical trial, he arrests No-seob for falsifying data. Hyung-jo claims that No-seob will spend a year in jail while he fights the charges, which means he will miss the next reset despite No-grumbling seob’s that he won’t be found guilty: You won’t be permitted to mess with people’s lives ever again.

Next, when the majority of the trophy cases are still empty, Hyung-jo enters Sun-trophy ho’s chamber. He fully surprises Sun-ho and detains him for murder, preventing him from killing any of the (former) tourists.

Ga-Hyun is discovered by Hyung-jo outside of her home, and he is practically speechless to see her still alive. He gets himself together and acts like they are meeting for the first time until she recognizes him from the news reports about Sun-ho’s incarceration. He claims to have been trying to get Maru’s autograph and claims to “recognize” her as Maru.

Ga-Hyun stops him as he turns to leave by hesitantly requesting that she speak with him about her story. Hyung-jo consents in return for her honoring her pledge to sign an autograph for him.

A mystery thriller with time travel? Count me! Considering how much I enjoyed the genre and Nam Ji Hyun, I had to watch 365: Repeat the Year. When the story takes a group of desperate people back in time to change their lives, it immediately grabs my attention. Of course, nothing is simple, and they quickly get to work.

Then, challenging puzzles with lots of thrills are presented to us. This is a story that is very skillfully composed and has several levels that can be peeled back from time to time.

I am very interested in learning why these things happen and how this group of people will escape the disastrous time travel scenario. The bonus is that the 24-and-a-half-hour episodes allow for fast pacing.

The dire circumstances of the protagonists cause the stakes to increase even more as the episode progresses. This drama is perfect for you if you enjoy surprises! While the plot takes some unexpected turns, there are some really beautiful things. There are many surprises in store.

Even while all of the characters were intriguing, I didn’t feel a deep connection to the majority of them, which was a little bit of a drawback.

In order to maintain a high level of mystery, most of the other characters’ backgrounds—aside from Hyun Woo and Ga Hyun—were slowly revealed. For a while, this didn’t really enable me to relate to them.

But it did contribute to the enormous mystery and greatly increased the drama’s suspense factor. This was especially effective as the drama progressed and we saw everything come together and make sense of how everything fits together. As the story progressed, I undoubtedly became more involved.

For those who are curious, the drama doesn’t actually feature any romance. There wasn’t much time to go into that kind of thing because it was almost always a life-or-death issue.

Despite the slight prospect of romance, Hyun Woo and Ga Hyun have a pretty good friendship. Nevertheless, it was enjoyable to watch their relationship grow, and they worked well together.

The same could be said for this time travel drama, but overall, everything fit together really nicely. Time travel dramas typically have a few plot holes here and there.

As the mystery is solved, we are provided with the solutions, and I was happy with how everything turned out. Overall, the conclusion was quite fulfilling.

If you enjoy mysteries and suspense, you should watch 365: Repeat the Year. Even excellent if you appreciate time travel.

Even if the drama didn’t make me feel very strongly, I did love all the thrills and watching a well-written mystery unfold with a distinctive take on the time travel genre. 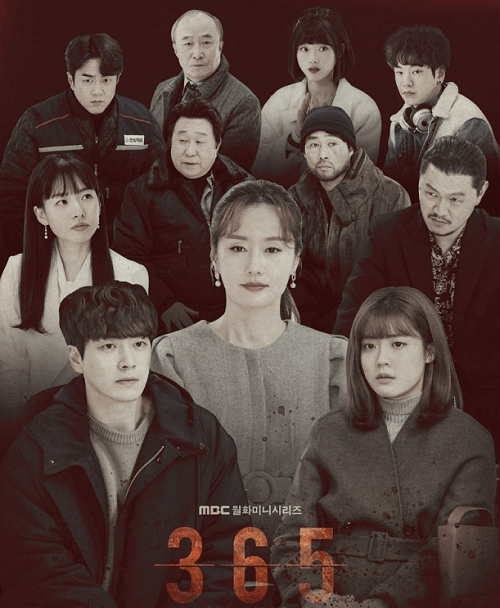 Is 365 repeat the year worth watching?

365 Time travel is a theme in the drama Repeat the Year, but it’s entirely unique from others and you’ll adore the plot twists. After the series is over, I feel extremely good about continuing to watch it because if not, I would have lost all patiently waiting for the next episode to appear.

Who is the serial killer in 365 repeat the year?

When Hyung-jo visits Shin, he asks who the killer is and reveals that it was Sun-ho.

365: Repeat the Year is a drama you should watch if you like mystery and suspense. Very good even if you enjoy time travel. I enjoyed all the thrills and watched well-written mysteries with a unique twist on the time travel genre unfold, even though the drama didn’t really move me much.