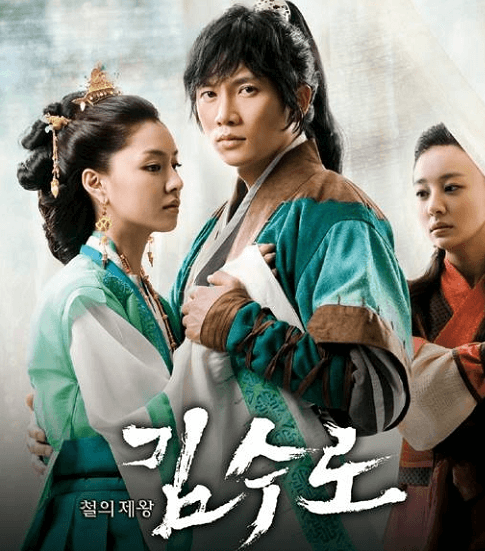 This drama tells the life of Kim Soo Ro, the legendary founder of Geumgwan Gaya, the ruling city-state of the Gaya confederation, which dominated the sea trade and ironworks during the Three Kingdoms Period.

Kim Soo Ro’s fiery temperament, charisma, and wit are his only defense in an extended political struggle, with competition for the throne from his half-brother and lifelong rival, Ijinashi, his former friend Suk Tal Hae, and the dangerous ambitions of Shin Kwi Gan.

I really wanted to find another great historical drama after watching Queen Seondeok, my first Korean drama. Kim Su-Ro did well in certain areas, but the drama, in the end, left a lot of things I wanted.

The plot centers on the life of Kim Su-Ro, the first king of Geumgwan Gaya, one of the Three Kingdoms of Korea, who founded the country (roughly the early 1st century).

Kim Su-Ro separated from his birth mother, who later had another son and married a local tribal chief. Su-Ro grew up as a nomad and eventually finds out who his mother is.

He becomes embroiled in a power struggle with his half-brother for leadership of Gaya and faces off against a brutal village lord and an old friend, among other political foes. Heo Hwang-Ok, a Korean-Indian woman, and Ah-Hyo, her first love, both have a claim on her heart for a while.

Ji Sung features in this drama, which I thought was excellent casting. Su-Ro is given life by Ji Sung, who transforms him from a frivolous, carefree youth to a solemn figurehead who governs the citizens of Gaya.

He makes Su-Ro the protagonist likable and entertaining, making it easy for you to support her. Ji Sung’s romance with the vivacious Ah-Hyo was fantastic. This made it somewhat challenging for him to accept his later romance with Hwang-Ok.

However, I primarily blame the writers for the romance problems since they made Hwang-Ok and Su-Ro seem oddly passive and silent while portraying Su-Ro and Ah-Hyo as very affectionate and engaging in amusing banter.

I recall that I paused the drama about halfway through (mostly because I was irritated with the direction the love triangle was taking), but I later went back and finished it.

This Saguek gets points from me for having a satisfying conclusion. Again, there were a lot of tears in the middle of the program, so it probably all balanced out. That is incredibly hard to find in historical dramas.

Han Min Chae as So Hwa

Who is the first king of Gaya

How Many episodes of Suro Iron King are There