The K-drama My Name is a crime action drama packed with 8 episodes that are extremely brutal and often predictable. The fast-paced storytelling consistently meets the demands of the genre perfectly and packs quite a punch. Let’s review it below. 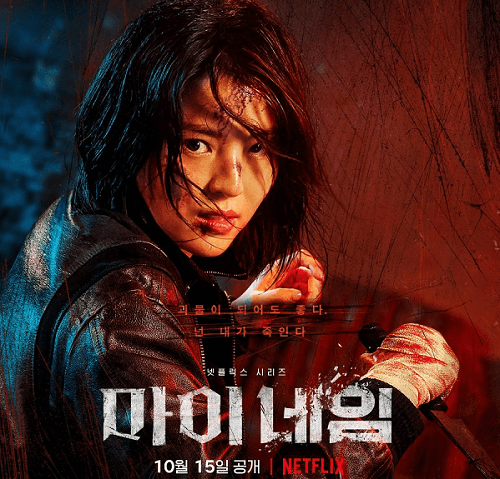 Tells the story of Ji Woo, a young woman who witnessed her father Donghoon being brutally murdered outside their apartment.

After the murder of his father, she who is driven by revenge puts his trust in the powerful crime boss, Mu Jin.

So Mu Jin takes Ji Woo under his wing and trains him to take revenge on those responsible for his father’s murder.

She was then ordered to enter the police force as a mole with the fake identity of Oh Ji Hye to discover the identity of his father’s killer.

While working in the police force, he learned the truth that his father was a policeman and betrayed Mu jin and now she knows that the killer of his father was Mu jin himself.

There, too, she meets Pil do, her partner, and develops a romantic relationship with him. But soon she was killed in front of him. After this, she went to Dong Cheon to kill Mu jin for his revenge and succeeded in doing so.

My Name is a truly immersive story about a woman’s vengeful odyssey through the deepest pits of Seoul’s dark underbelly and the underworld of ruthless crime simmering in brutality and cruelty.

This drama is not for the faint of heart as the many pure and pure scenes of violence and bloodshed are sure to cause a lot of worries.

The narrative isn’t groundbreaking, for those familiar with the genre. However, when a similar concept of retelling is executed well, it can be an absolute pleasure to watch and can open doors for new fans of this dark thriller and suspense genre.

My Name certainly accomplishes this, in my humble opinion, through an interesting take on the classic plot of revenge and betrayal with a focus on gritty storytelling infused with excellent cast performances that don’t shy away from highly graphic and explicit visual language. . .

For the most part, I am quite happy with the direction and tempo of the story development which manages to maintain the momentum of intensity, tension, and suspense. I have no major complaints over the design of certain plot devices and twists and finishes.

For only 8 episodes of 50 minutes each, I didn’t lose interest or feel the slightest bit bored. The high-octane action features countless combat scenes ranging from mass combat to hand-to-hand combat involving the use of various weapons.

While making the most of the entire drama, some quieter and more poignant moments are punctuated, including a very brief romantic interlude in the final episode.

Likewise, as far as the production quality is concerned, there are no major issues in sight. The high production value is reflected in the art direction while the technical execution is outstanding.

I love the fact that the cinematography captures the action sequences perfectly as often these scenes are marred by poor camera or post-production editing and poor visual effects, which is not the case here.

Credit goes to the relentless efforts of the action choreographer and the cast themselves to pull off rather complex and dangerous stunts. In particular, the varied fight scenes involving mixed martial arts moves and knife fighting in open spaces as well as tight indoor settings.

The biggest credit goes to the cast themselves, and no more than the lead actress, Han So Hee. My Name is a character-driven story where failure or success is entirely dependent on the portrayal of the main character in question.

Park Hee Soon also deserves praise for her role as Choi Moo Jin. This man exudes class, charisma, and on-screen presence as the mafia leader of the Dongcheon gang. Together with Kim Sang Ho who is very experienced and known as police detective Cha Gi Ho, these two men provide excellent support to the main character Han So Hee who makes this drama so alive. 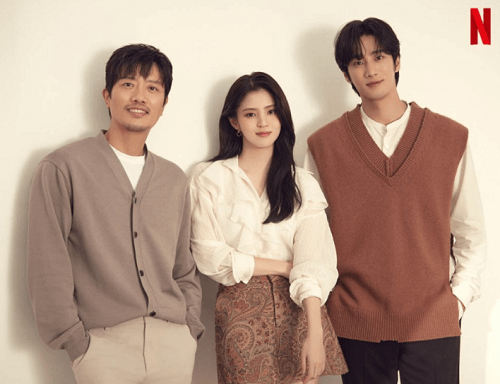 Chang Ryul as Do Kang Jae

Does My Name Kdrama have romance?

There is a bit of romance towards the end of the drama, where our main character Yoon Ji-woo turns out to be in love with Pil Do.

Does My Name Kdrama have a happy ending?

In the final episode, Pil-do convinces Ji-woo to stop his inhuman revenge and help him bring Mu-jin to justice. Hugged by love and finding comfort in Pil-do, Ji-woo feels right at home. He released the monster within him and began to believe in a peaceful life.

All things considered, it’s been a while since I was last invested in a raw and savage journey of revenge by a ruthless female character in an Asian drama. I have fallen in love with Han So Hee who is strong in her role. It’s not a hard matter or people pretending but it’s really badass and It’s a really worth-watching experience.