Home Korean Drama Live Up to Your Name Review

Live Up To Your Name, Dr. Heo is a fantasy time-traveling medical Korean drama with elements of melodrama and suspense. Let’s see my review of this drama below. 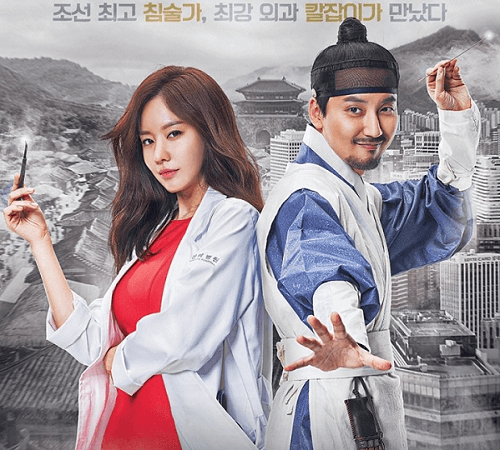 The story of Live Up To Your Name, tells the story of Heo Im, who was born into a family of concubines in the Joseon era and has extraordinary medical skills.

He was an acupuncturist who, during the day, worked at Haeminseo taking care of the lower-class citizens and secretly at night caring for the upper-class people to earn money.

Due to his extraordinary skill, he was known and summoned by the King of Joseon, despite his low-class background. When the day comes, he finds a box of needles that catches his eye and decides to treat the King with it. However, during the treatment, his hands started shaking and he failed to fulfill his mission.

He is then chased by the King’s guards, he falls in the Han River and he finds himself in modern-day Seoul, 400 years later to be exact. Here, he meets modern surgeon Choi Yeon Kyung who works at Shinhae Hospital who also hates oriental medicine.

Thinking that Heo Im is weird, she hopes to get rid of Heo Im but instead, they return to Joseon together again.

Live Up to Your Name Review

I started watching without much expectation and I was totally blown away by the script! It is simply amazing and very well written. There are no flaws, the story flows really well and is a phenomenal experience. It’s from another level. This is not a simple time travel drama.

This drama is a mix of medical, historical, and romantic comedy genres with a more mature twist. The neighborhood exchange (Joseon/Seoul) is fantastic and very well made and happens at the most perfect time. They also succeeded in highlighting the changes in medicine between the two centuries, focusing for example on equipment such as needles, herbs, then scalpels, drugs and others.

The romance is good, Dr. Heo Im meets with Dr. Choi Yeon Kyung as she time travels to the present. At first they were always at odds with each other. The two begin to grow closer as they take various time trips to the past.

They begin to understand and fall in love with each other as they spend more time in each other’s time period. This drama is as simple as that. Do not take it wrong. I really like this drama for its comedy, but the plot (in terms of memorable events) doesn’t have enough impact.

It’s even funny because, at the start of the drama, I see two completely flawed protagonists. Dr. Heo has been torn apart by the injustices of the world and can no longer be considered a doctor, as his values ​​have been lost on a difficult path like life in Joseon. Choi Yeon-Kyung decides to become a doctor after losing his parents and hating his grandfather, he becomes apathetic (apathetic – lack of enthusiasm), a bit arrogant and does not sympathize with his patients.

Character evolution is a big plot point! They with their own faults help each other, improve and grow in impressive ways. And you know what else? The story unfolds at a flawless and engaging pace.

I can say that I follow Dr. Heo and today I’m a huge fan. That I understand your feelings, your inner conflicts, your responsibilities, and your desperation. And these are all advantages of Kim Nam Gil’s brilliant performance.

The secondary characters are very charismatic and I have fallen in love with them little by little. Everyone has an influence on the plot and their presence has made the story even more unique. 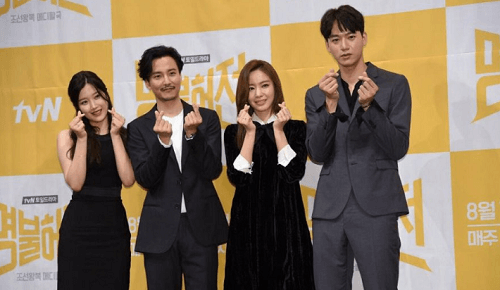 Live Up to Your Name Cast

Is live up to your name worth watching?

Truly a drama worth watching. Not just a love story, this drama will teach you your duty to your country, and people. I love the story of this drama, and from every angle, this drama is just too perfect.

Who is the male lead in live up to your name?

Overall, what the story lacks in the plot, it makes up for with great character interactions. The plot is basically driven by two main characters. Not much can be said about the other characters in the story as they don’t have a big influence on the story. I really enjoyed the laughter given by Dr. Heo Live Up To Your Name.