Ga Young moved back to Korea in 2006, when she was 10 years old, and immediately started her acting career as a child actress.

In 2014, Ga Young played his first leading role in the drama Mimi, a four-episode mystery/romance drama.

After that, he started starring in many dramas and tv shows which made his name even more famous. Here are the 10 best K-dramas starring Moon Ga Young.

Here we only include dramas starring Moon Ga-young as the main role. So there are lots of dramas and tv shows that we haven’t included in the list.

1. The Interest of Love 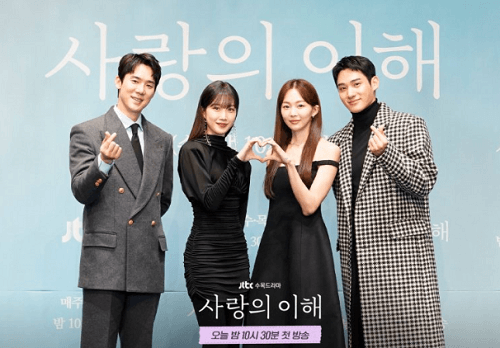 This is the latest Moon Ga Young tv shows available on Netflix, released in 2022 with 16 episodes. The Interest of Love has a storyline that focuses on office romance scandals between the characters Ha Sang-Soo, Ahn Soo Young, Park Mi Kyung, and Jung Jong Hyun.

Ha Sang Soo is the senior head of the comprehensive consulting team at the Yeongpo Bank Nara branch. Ha Sang Soo has held this position for three years, and he is handsome, intelligent, and will not falter in the face of life’s difficulties.

Even though he is an honest character, Ha Sang Soo is neither cold nor too formal and is friendly with his humorous side.

He entered his job as a top employee at the training center of the Nara Bank, so he was very popular but became a source of envy for many others.

Meanwhile, Ahn Soo Young is a fourth-year head bank teller at the Yeongpo Bank Nara branch. Known as the branch goddess Yeongpo, she is beautiful and has a sweet voice.

He started his career as a part-time teller and is now a fourth-year president, but he seems forever stuck at that level.

Park Mi Kyung comes from a rich family, she is strict and quite open about her feelings. When he had someone he liked, he would make that person join him no matter what. But enters a relationship that doesn’t go his way.

Jung Jong Hyun is studying for the exam to become a police officer. He has a personality that drives him to do his best at everything to get out of difficult situations.

2. Find Me in Your Memory 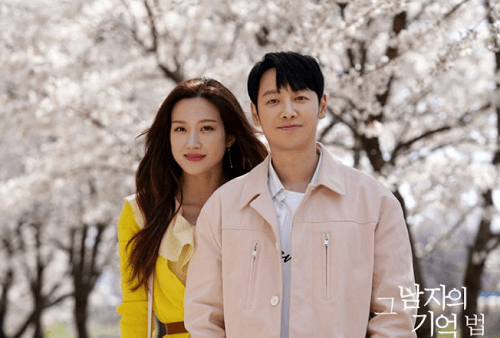 Tells about Jeong Hoon, a news presenter who has a handsome, smart face, and a perfect body figure that makes him look good in a suit.

However, she often asks aggressive questions to anyone due to her hyperthymesia, which makes her remember everything that happened clearly.

He also can’t forget the memories of the woman he loves, Seo Yeon, who disappeared 8 years ago. Meanwhile, a rising star that has caught everyone’s attention, Ha Jin, appears in front of Jeong Hoon.

Despite all the attention, Ha Jin doesn’t falter and remains confident. However, he has a secret his memory is starting to fade.

Moon Ga Young drama was released in 2020 with 32 episodes. This is also an MBC series that you can watch on Netflix, Viki, and Apple TV. 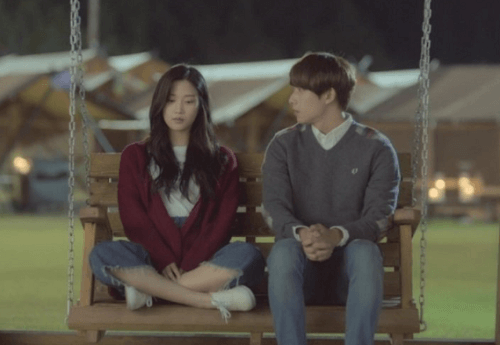 Delicious Love is a K-drama youth romantic comedy that tells the story of a chef named Sung Jun who is an expert in his field.

She has no flaws in other people’s eyes, but she is completely hopeless when it comes to love. But when he meets a girl who eats good food, he falls in love at first sight.

This is a tv show with Moon Ga-young released in 2015 with 3 episodes. 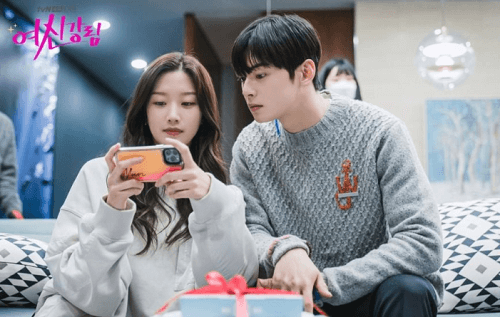 “True Beauty” is one of the best Moon Ga Young dramas and you must watch it. Tells the story of a high school girl, Lim Ju Gyeong, who becomes a beautiful and famous girl after mastering the art of makeup from YouTube.

She turns into a goddess because of her makeup skills but doesn’t show her bare face to anyone. Meanwhile, Lee Su Ho was the only boy who saw her without makeup and fell in love with her.

Lee Su Ho is an attractive and handsome boy who appears cold because of his dark past but is actually very caring. They grow as they meet each other, share secrets, and find love in each other.

This best tvN drama was released in 2020 with 16 episodes and is available on Amazon Prime Video, Viki, and Apple Tv. This Korean drama stars Moon Ga Young, Cha Eun Woo, and Hwang In Yeop. 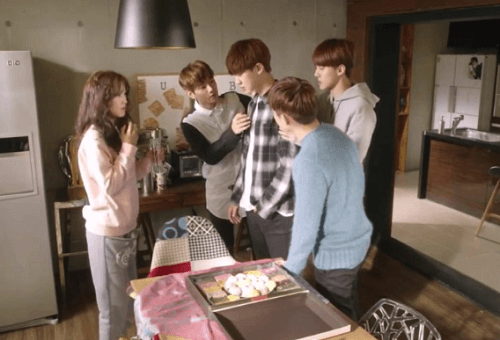 Ji Yeon Hee is a 23-year-old girl, who hasn’t dated yet because she is very shy and can’t move around handsome men.

One day, the four members of EXO tried to keep a low profile and moved into the house of one of the members’ grandfathers.

But it turns out that the EXO member’s house is right in front of Yeon Hee’s house. This Moon Ga-Young tv shows was released in 2015 with 16 episodes. 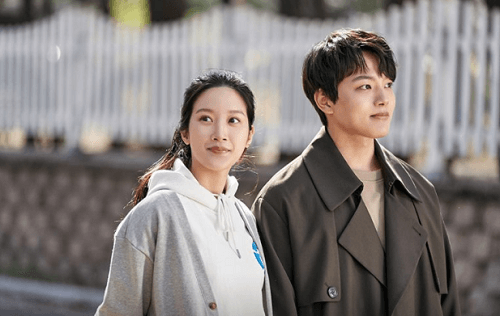 The next list of dramas starring Moon Ga Young is Link: Eat, Love, Kill. This is a fantasy mystery drama about a man and a woman who share the same emotional state.

Eun Gye Hoon is a chef who founded a restaurant in the town where his twin brother went missing 20 years ago.

He finds himself randomly experiencing emotions one day, spontaneously crying and laughing, and it turns out to be the emotions of a woman named Noh Da Hyun.

This Moon Ga Young drama was released in 2022 with 16 episodes. You can watch it on Disney+ Hotstar. 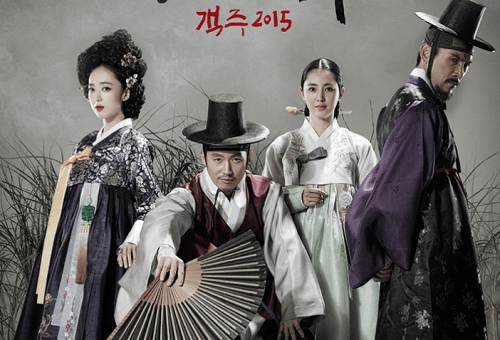 Set in the Joseon period, a poor man named Cheon Bong Sam inherits an inn for the elderly and earnestly strives to become a powerful merchant.

As the merchants clash with bureaucratic forces that seek to oppress them by rigging bad deals, Bong Sam never forgets his early beginnings.

He kept it simple, even after achieving great success and eventually shaping the way industry and business were conducted in his time. 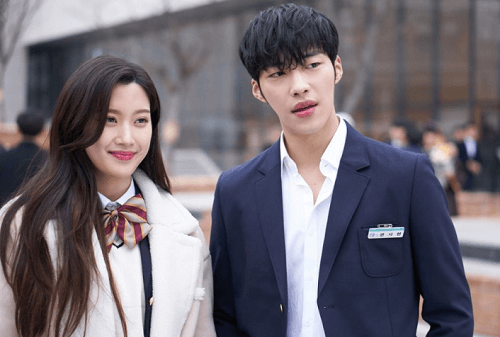 It tells the story of twenty rich and privileged people uncovering their true motives and exposing their depravity while playing a dark and dangerous game.

Set on revenge, popular player Kwon Shi Hyun makes a bet with his friends and he is able to seduce Eun Tae Hee, a naive girl who believes that those who are swayed by love.

The time spent together makes Tae Hee reassess her views on love. This Moon Ga Youngdrama was released in 2018 with 32 episodes and is available on Apple TV, Viki, and Netflix. 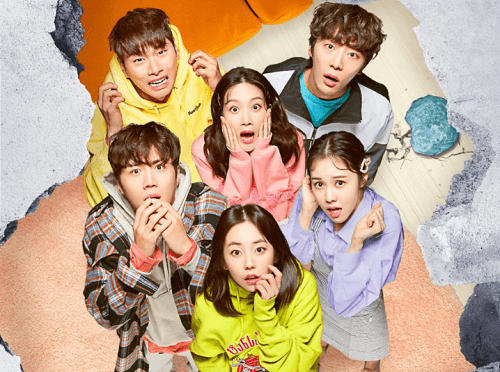 Lee Joon Ki is an unpopular actor who runs a Waikiki guest house, but business is bad and the guest house is facing bankruptcy.

In order to revive the guest house, Lee Joon Ki asked his friends Cha Woo Shik and Kook Ki Bong to invest their savings in it.

Cha Woo Shik is a picky person who dreams of becoming a singer. Kook Ki Bong used to be a promising baseball player but is now stuck playing in a crummy little league.

After Lee Joon Ki’s request, they all put their money into Waikiki Guesthouse and started living together there to start a better life. 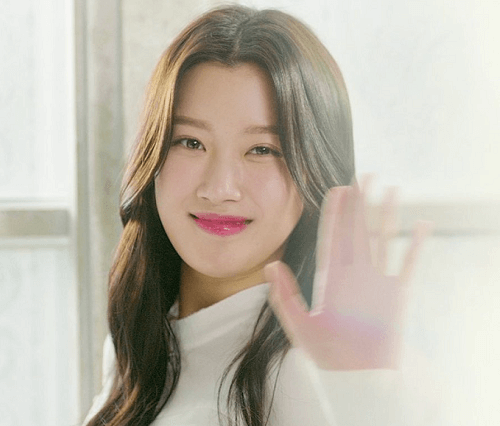 Recipe for Youth is a short 10-minute episode of a Korean web drama on YouTube. It tells the story of Jeon Seong Ki, a dating coach who is skilled at making scandals.

Meanwhile, Cha Soo Bin is an entertainment reporter posing as a rookie actress. She pretends he needs help on his journey to fame but is actually looking for some interesting tidbits.

However, this process made Jeon Seong Ki find his true love. This Moon Ga Young drama was released in 2021 with 10 episodes.

That was the list of the best Moon Ga Young drama that we mentioned for you. Don’t miss the Moon Ga Young tv show. Thanks for reading this article, have a nice day!