Are you looking for the best dramas starring Ahn Hyo Seop? Here you will find it. Ahn Hyo Seop is a Canadian actor living in South Korea under Starhaus Entertainment.

He was born in Seoul, South Korea, and is also known as Paul Ahn. When he was 7 years old, his family emigrated to Toronto, Canada.

He then moved back to South Korea when he was 17, while his family remained in Canada.

Ahn made his acting debut in the MBC original drama Splash Splash Love. In 2017 he won the Rookie award for his role in the drama ‘My Father is Strange’.

After that, she started to star in many dramas and tv shows which gained recognition for her roles. Here are 8 lists of Ahn Hyo-Seop’s best dramas that you must watch!

1. A Time Called You 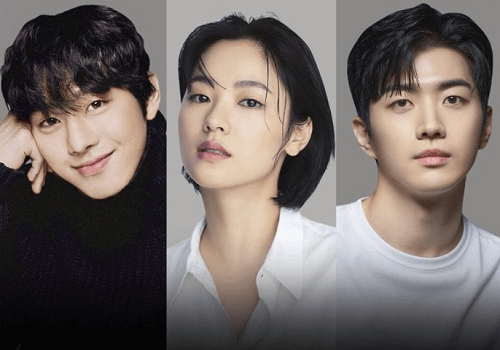 A Time Called You is a K-drama to be released in 2023 which will star Ahn Hyo Seop.

Tells the story of Han Jun Hee who has not been able to forget his girlfriend Ko Yeon Jun who died a year ago.

One day, he somehow travels back to 1998 and finds himself as a high school student Kwon Min Joo.

There, she meets high school student Nam Si Heon and is shocked to see Nam Si Heon who looks a lot like her late boyfriend Ko Yeon Jun. Nam Si Heon is friendly and charming which makes girls adore him. 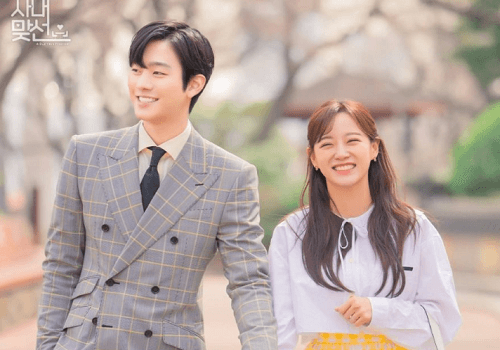 Shin Ha Ri who feels sad decides to meet his friend Jin Young Seo, the daughter of a chaebol family.

Jin Young Seo then asked Shin Ha Ri to take his place on the blind date arranged by his family. He even offered some money for his time.

Shin Ha Ri accepted his friend’s offer because he needed money. He goes on a blind date as Jin Young Seo, while intending to get rejected by his date.

When she sees her blind date, Shin Ha Ri is shocked because her blind date is Kang Tae Moo, the CEO of the company she works for.

Kang Tae Moo is a workaholic and he is annoyed that his grandfather arranged a blind date for him.

He decides to marry the next woman he meets on a blind date, so he won’t be distracted from his work anymore. The woman is Shin Ha Ri but pretends to be Jin Young Seo.

This Ahn Hyo Seop drama was released in 2022 with 12 episodes. You can watch this Kdrama rom-com on Netflix.

See also: Is A Business Proposal Worth Watching? K-Drama Review

3. Queen of the Ring

Tells about Mo Nan Hee, a girl who has never been attracted to boys. Until one day, he gets a magic ring that changes his appearance.

Meanwhile, Park Se Gun is the most popular guy on campus because of his looks. He is known to be shallow and dates attractive girls, but now falls in love with Nan Hee to change that.

But Nan Hee is different from the other girls he dates because she is socially incompetent and her words are mean.

Yet somehow, she finds herself falling more and more in love with him despite his negative traits. One of the best tv shows starring Ahn Hyo Seop was released in 2017 with 21 episodes. 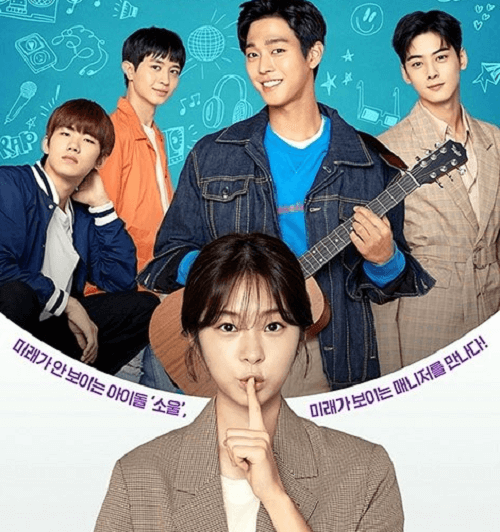 Top Management is a web drama based on an internet novel. Tells the story of a new manager at an entertainment agency who has a unique ability. He used his ability to see the future to gain success in the industry.

This is one of Ahn Hyo Seop best dramas. Here he plays Hyun Soo Yong, a very interesting main character.

The series was released in 2018 with 16 episodes and also starred Cha Eun Woo and Seo Eun Soo. 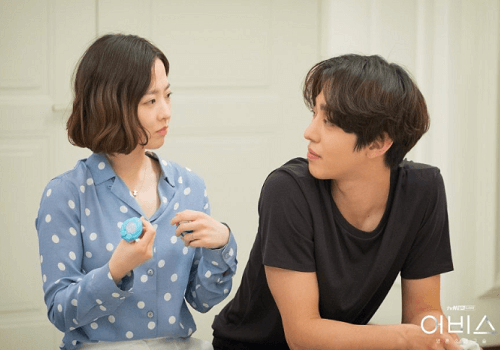 Go Se Yeon is a beautiful female prosecutor who is tough, accomplished, and unrivaled. He worked at the Seoul District public office but had a fatal accident and died.

However, due to the mysterious magic marble—Abyss—Go Se Yeon is revived, but now has a different appearance. Go Se Yeon’s current appearance is based on how “good” her soul was in her past life.

Meanwhile, Cha Min is a very smart heir to a top Korean cosmetics company, but also a smart, humble, and kind man.

Despite his immense intelligence and wealth, he considers himself unattractive and insecure. Just like Go Se Yeon, Cha Min had an accident and died.

Due to a mysterious magic marble — the Abyss — he comes back to life with a different appearance. He was now an extremely handsome man as bright as the spirit he had in his previous life.

Go Se Yeon and Cha Min then started working as lawyers and administrators at a private law firm.

They decided to investigate the magical incident. However, what is found is a romance blossoming in the office and united to accept the same fate.

It was released in 2019 with 16 episodes. You can watch this Kdrama starring Ahn Hyo-Seop on Netflix. 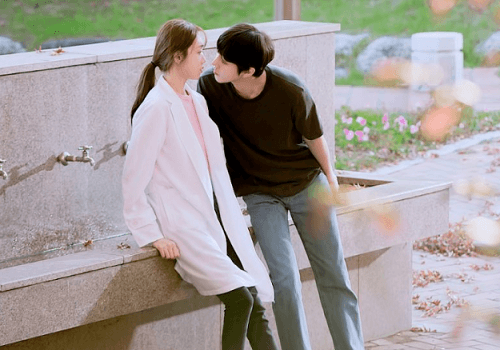 It is set in the humble little Doldam hospital and tells the story of people who meet Kim Sa Bu, a genius doctor, and find “true romance”.

Kim Sa Bu once gained fame as the top surgeon at a major hospital, but he chose to disappear from the public eye and become the chief surgeon at Doldam Hospital in the countryside.

After he performs a successful operation on Chairman Shin, he is rewarded with repairing the hospital with reliable support.

Romantic Season 2 was released in 2020 with 16 episodes. You can watch the drama starring Ahn Hyo Seop on Netflix, Viki, and Apple TV. 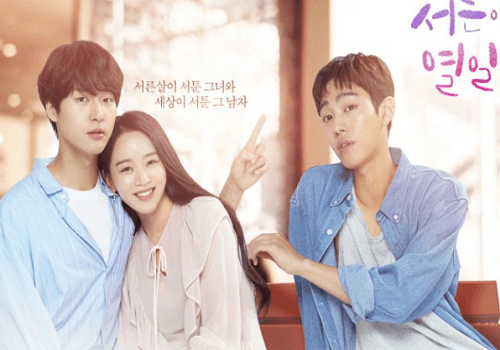 Woo Seo Ri is a 17-year-old violinist who is about to study in Germany, but gets into a bus accident and falls into a coma when she wakes up 13 years later. Mentally he is still 17 years old, while physically he is now 30 years old.

The tv show, played by Ahn Hyo Seop, was released in 2018 with 32 episodes. It is available on Netflix and Viki.

8. Lovers of the Red Sky 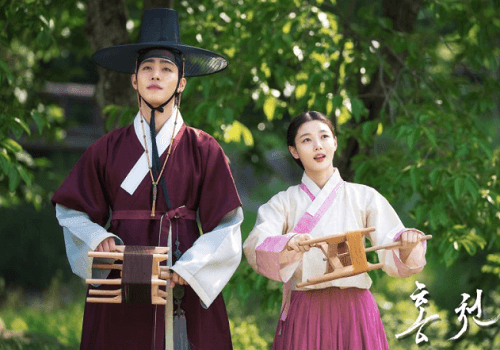 It is set during the Joseon Dynasty and tells the story of Hong Chun Ki, a young woman who becomes a painter.

An extremely rare thing in Joseon Korea, where Confucian values dictated that such pursuits were unfit for a woman.

He was born blind but somehow managed to acquire a sense of sight and has now been accepted into the country’s most prestigious art college.

One day, she meets Ha Ram, a fortune teller whose destiny is the opposite of hers. Although he was born with sight, he lost it in a childhood accident.

Apart from that, Ha Ram has an extraordinary talent that allows him to read the future by tracking the movement of the sky at night.

The two are then sucked into the intrigues of the royal palace, especially involving two princes, the free-spirited Prince Yang Myung and the ruthless and cunning Prince Joo Hyang.

This is a romantic fantasy Korean drama released in 2021 with 16 episodes. This is also one of the best dramas starring Ahn Hyo Seop. Available on Viki.

That was the list of the best dramas starring Ahn Hyo Seop that you can watch now. If you are a fan, then you must watch all of them. Thanks for reading this article, have a nice day!