Best Cha Eun Woo Dramas List. Cha Eun Woo is an actor and singer from South Korea who was born on March 30, 1997. He managed to steal the attention of K-drama fans through his sharp charm, handsome face, and of course, his good acting talent.

Cha Eun Woo is also known as a member of the boy band ASTRO and is now one of the most popular young Korean actors who has starred in various dramas.

This handsome idol has acting skills that make the audience loyal and easily captivated by him. So, for those of you who are curious about Cha Eun Woo’s role in Korean dramas, here are 10 dramas starring Cha Eun Woo that will make you nervous!

1. My ID is Gangnam Beauty 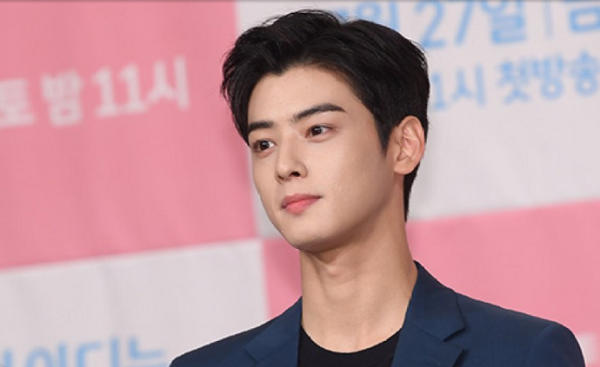 My ID is Gangnam Beauty was adapted from Webtoon and is one of the dramas that has successfully catapulted Cha Eun Woo’s name in the serial/drama industry.

It tells the story of Kang Mi Rae, a girl who is often ridiculed for having an ugly face at school. This made him decide to do plastic surgery.

Despite having a beautiful face, her life is not necessarily easy. When he entered college he actually got the nickname Gangnam beauty, a term for people who do plastic surgery.

But among the many people who bullied her, there was a male classmate who often helped Kang Mirae. He is Do Kyung Suk.

Do Kyung Suk is a man with a handsome face and is quite intelligent. Together with Do Kyung Suk, Kang Mi Rae tries to find her identity and learn to accept herself. This jTBC original series was released in 2018 with 16 episodes. Can be watched on Netflix, Viki, and Prime Video. 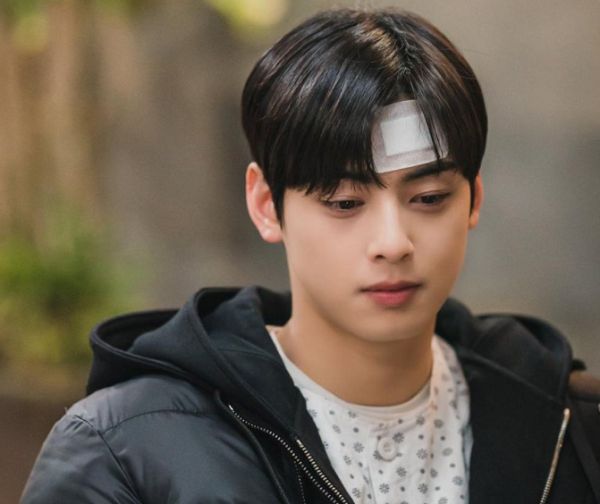 Next, True Beauty tells about Lee Suho, a school prince who is handsome but difficult to approach. Suho’s life changes slightly after meeting Lim Joo Kyung, a classmate who suddenly becomes a beauty after learning about makeup.

However, Lee Su Ho was the only boy who saw her without makeup but fell in love with her.

This drama stars Cha Eun Woo, Hwang In Yeop, and Moon Ga-young. This is also the best tvN series released in 2020 with a total of 16 episodes. 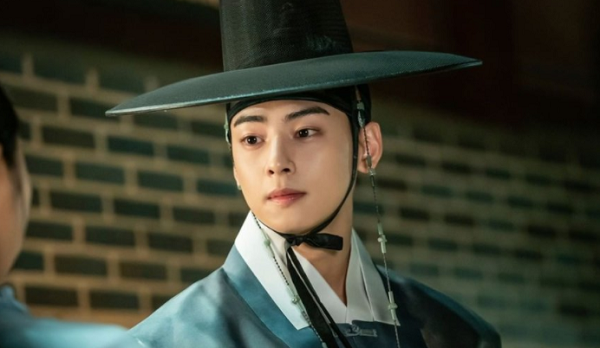 This drama airs on MBC and tells the struggle of Goo Hae Ryung, a woman who wants to become a historian in the 19th century. At that time, society was still sensitive to gender issues.

Then it is told that her meeting with the handsome prince and kind-hearted novelist named Yi Rim changed her life. They both struggle to change social values for the better.

Since Goo Hae Ryung arrived at the palace, the two have gotten closer and made them fall in love with each other. This Kdrama was released in 2019 and has a total of 40 episodes.

4. My Romantic Some Recipe 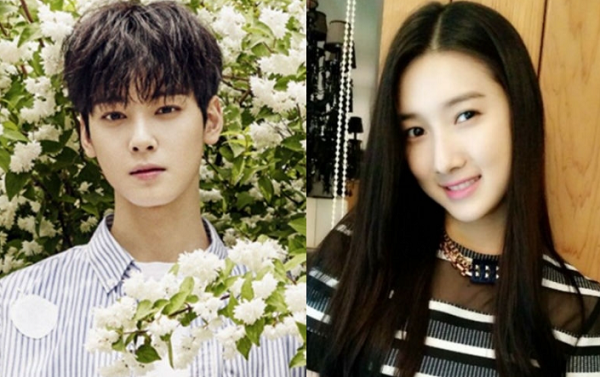 Next, is a drama called My Romantic Some Recipe which premiered in 2016 and has 6 episodes.

In this drama, Cha Eun Woo plays himself. Tells the romantic story of a 21-year-old student named Ahn Mi Nyeo. One night, he, who was drunk, picked up a poster for the boy band Astro, namely Cha Eun Wo, and Cha Eun Woo miraculously appeared from the poster. 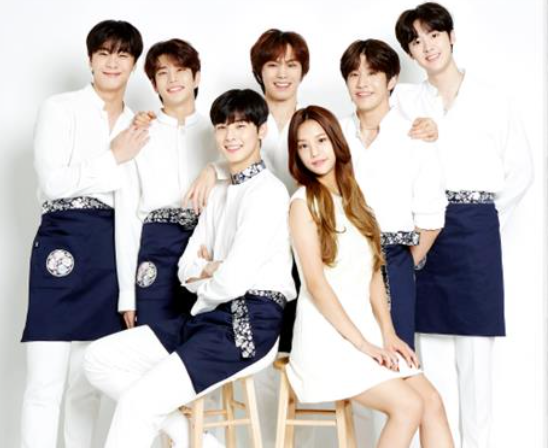 Soul Plate is a Korean cooking drama that specifically tells about Korean food to be promoted to viewers who are abroad.

This Kdrama stars Cha Eun Woo and other ASTRO members. Broadly speaking Soul Plate tells about ASTRO members who are angels and also descendants of Raphael.

This Astro member runs an interesting restaurant business and will always pamper his customers. The customers who come always feel comfortable and happy with the food they make. It was released in 2019 with 6 episodes. 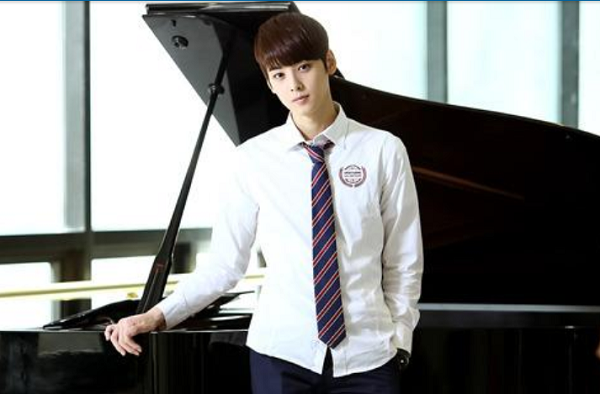 The Korean drama starring Cha Eun Woo is next entitled To Be Continued. Tells the story of six people who are members of a boyband.

They were getting ready to debut, but suddenly they went back in time. One of the members of the group is Cha Eun Woo. This drama was released in 2019 with 16 episodes. 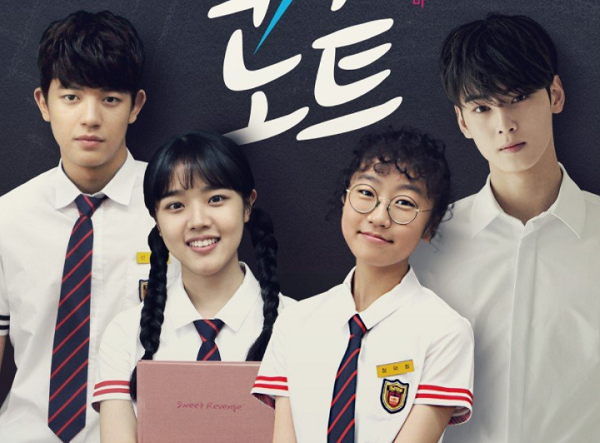 Sweet Revenge tells of a teenage figure named Ho Goo Hee (Kim Hyang Gi) who finds an application to take revenge on anyone he writes his name on. 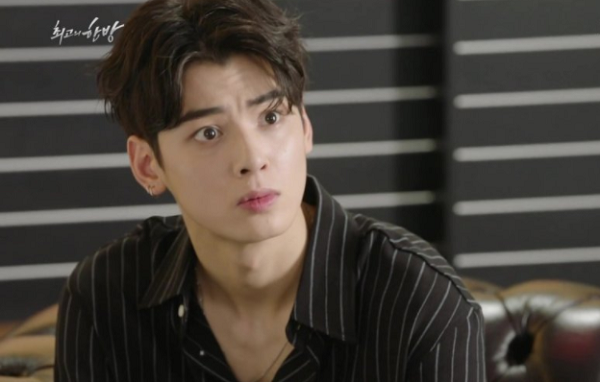 The storyline of this drama follows MJ, a very popular guy who is about to debut as an idol. However, he is a very arrogant and selfish figure.

The outline of this KBS2 original Korean drama tells the story of a man who disappeared in 1993 and returns through time travel to 2017.

Through the romantic comedy genre drama released in 2017, Cha Eun Woo successfully made the audience fall in love with his actions even though he was only a supporting actor. 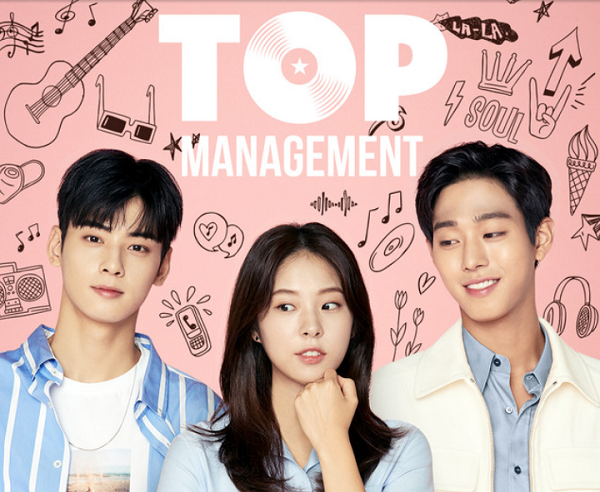 Top Management in general tells about life and joy in the Korean entertainment world. Tells how the ups and downs of the life of an idol group who are trying to achieve their dreams. Interestingly the Idol group manager has the ability to see the future.

In this drama, Cha Eun Woo plays Woo Yeon Woo and manages to captivate the audience with his acting talent. It also stars Ahn Hyo Seop and Seo Eun Soo. Released in 2018 with 16 episodes.

Those were the 9 dramas starring the best Cha Eun Woo, one of the most popular Korean actors. You can watch all of the above series or TV shows of Cha Eun Woo on Netflix and other platforms.