Food cooked with your partner is love, and so are Korean cooking drama series. Love for food and some tastes and tastes that stimulate saliva is the strongest kind of power in this world.

So for that, why not watch Kdrama about food and culinary? Lots of Korean dramas about eating have been released that you can watch now.

This is the perfect entertainment for those of you who love food as well as K-dramas. Usually, Korean dramas with a theme like this also present handsome chefs who will fascinate you. Here’s a list of the 15 best K-dramas about cooking and culinary below! 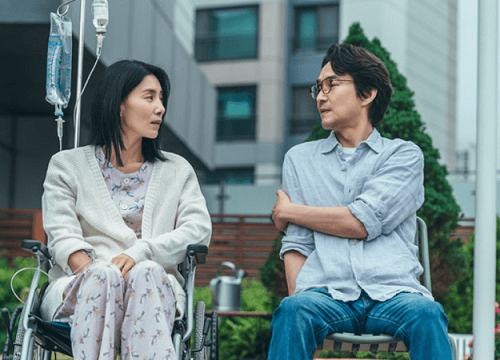 Recipe for Farewell is the latest Kdrama cooking romance which was released in 2022 with 12 episodes. Tells the story of a husband and wife who live in harmony despite experiencing many difficulties.

Chang Wook is a man in his 40s who works as a translator and humanities instructor. He was married and his wife was diagnosed with terminal colon cancer.

His wife also had difficulty eating, due to digestive problems and asked Chang Wook to cook for her every day, even though all she knew was making ramen.

Chang Wook started cooking for his wife and she ate bits of his food, which he cooked with the love and care they always share. 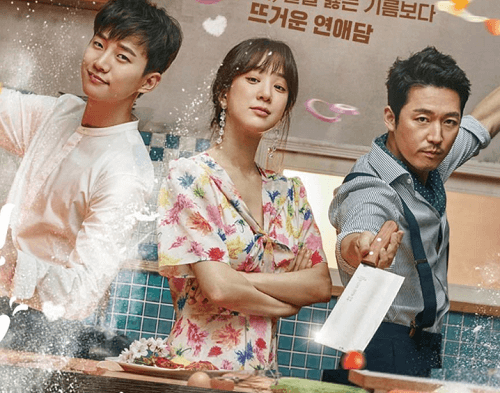 Sae Woo lives a privileged and easy life. She did not receive any gifts on her wedding day apart from her father giving her a check for 300 million won and having a great time enjoying horseback riding and fencing.

It was the biggest moment of her life but after that, a bowl of jjajangmyeon changed her life and she was forced to start a new life.

This super chef Korean drama was released in 2018 with 38 episodes. You can watch this Korean drama chef on Netflix, Viki, and Apple TV. 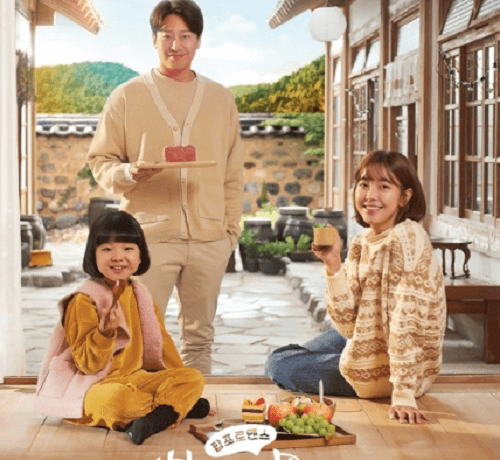 This is a Korean drama about chef and a fashion designer with romance and strange encounters.

Yoo Yoo Jin is a world-famous eccentric fashion designer who has dedicated his life to the world of haute couture.

But one day, he is found in a remote village in rural South Korea with a severe case of amnesia. He doesn’t even remember who he is or how he got there.

Villagers then place him in a house whose occupant is a former star chef. He is Moon Seung Mo, a man who has vowed to leave his culinary career behind after a tragic accident.

Initially, the former chef was a representative for his new guests. But when she discovers that Yoo Yoo Jin has an unquenchable passion for food, she begins to rediscover her passion for cooking, life, and romance.

Eccentric! Chef Moon was released in 2020 with 16 episodes. This is one of the Korean dramas about food on Viki. 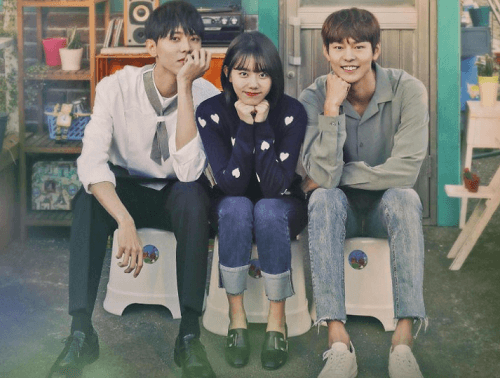 The next Korean cooking drama is Best Chicken. Tells the story of Park Choi Go, a man who works at a large company even though his dream is to run a chicken restaurant.

Meanwhile, Seo Bo Ah is a woman who lives in the bathhouse left by her late grandfather. He had to leave his house when he wanted to become a webtoon writer.

The two met, developed feelings, grew up together, and later opened a chicken restaurant. This Korean drama about restaurant was released in 2019 in 12 episodes and is available on Viki. 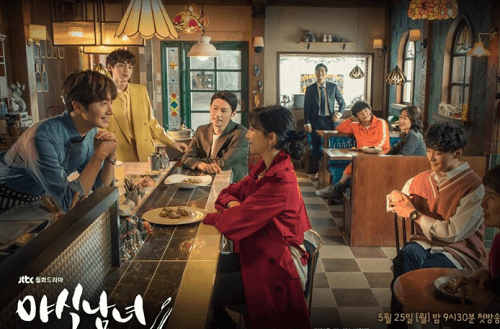 Park Jin Sung runs a quirky little late-night restaurant where customers simply select the drink they want and their entrees are chosen by Park.

He always adapts dishes to suit their drinks. The goal is to provide diners with warmth and comfort through delicious food and excellent service. He is also happy when he sees customers enjoying their food.

Once upon a time, Park hosted a new variety show called Midnight Snack Couple at the urging of one of his regulars. It brought him popularity and fame.

This cooking Kdrama was released in 2020 with a total of 12 episodes. This is one of the Korean drama about food on Netflix. 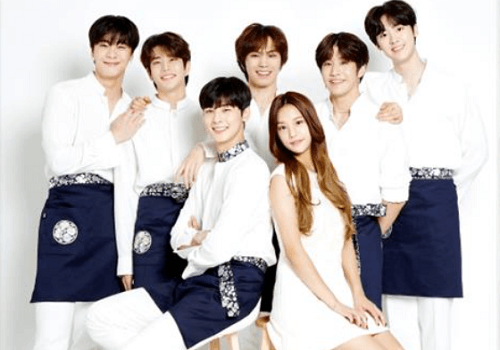 This is a Korean web drama about an ASTRO member who is an angel and a descendant of Raphael who runs a restaurant.

They will heal and entertain people who visit their restaurant with good and delicious food. This Korean drama cooking was released in 2019 in 6 episodes. This is one of the best dramas starring Cha Eun Woo. 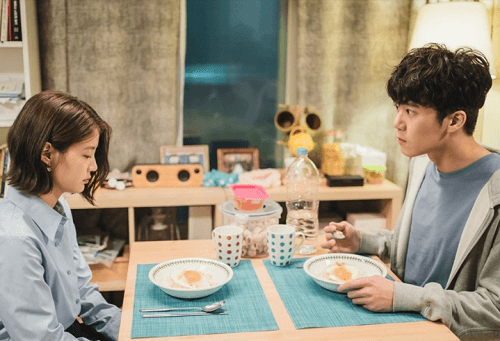 Tells about Jae Ho who tries to find a job, but it’s not easy for him. He supports himself by working part-time.

Recently, his girlfriend Soo Jung dumped him after dating for 7 years. Despite the predicament, what she puts first is “What should I eat today?”

Meanwhile, after working day and night for several years at an advertising company, Woon Ho almost dies from overwork.

He quit his job after that. Now, it’s been 3 months since he became voluntarily unemployed. He followed his simple belief, “Let’s think about eating good food.”

This is one of the Korean dramas about food that was released in 2021 with 12 episodes.

8. How Are You Bread 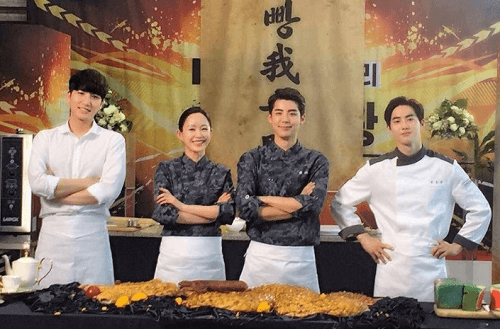 This Korean cooking drama tells the story of a genius baker, with a talent far beyond his years. He is Han Do Woo, a chef who is unrivaled in the pastry world.

He is also the Master chef of his own bakery and it is often said that if someone is lucky enough to enjoy one of Do Woo’s cakes, their wish will surely come true.

With so many rumors floating around, it didn’t take long for Do Woo’s mysterious bakery to become the talk of the town.

Meanwhile, Noh Mi Rae, a writer for the popular baking show, “Top 3 Bakery Kings”, is determined to get Do Woo on the show.

There’s only one problem, Do Woo wants nothing to do with the show. However, with her job at stake, Mi Rae tries anything to get Do Woo on her show.

She infiltrates the bakery, Mi Rae’s desperation leads her down an unexpected path as her attempts to seduce Do Woo slowly begin to make her own heart flutter.

This Korean drama about baking was released in 2020 in 5 episodes and you can watch it on Viki.

9. Love as You Taste 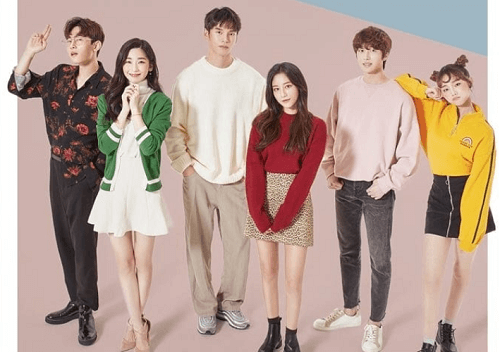 One of the best Kdrama cooking this story is about love and food, which always make a perfect match. A collection of stories of love and heartbreak paired with cravings for everyone’s favorite food when they all fall in love.

Two passionate college students start the “Cooking Club for Better Taste” to tell stories of their love and relationship while sharing their favorite foods and dishes.

This Korean food drama was released in 2019 with 10 episodes and is available on Amazon Prime Video. 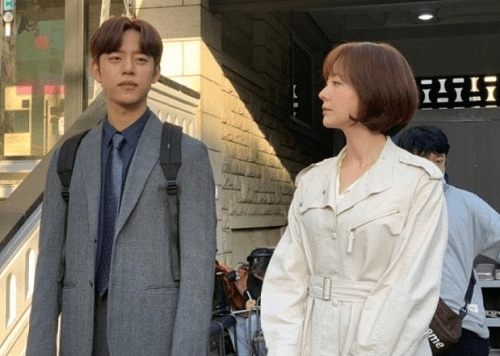 Meal Kid tells the story of Ki Pa Ran, a data analysis expert who loves the food that goes into the food distribution company ‘Meal Kid’.

But there he often had conflicts with his former idol, Ban Seok because of differences in opinion about the value of food and how to enjoy it. This Korean cooking drama was released in 2020 with 10 episodes. 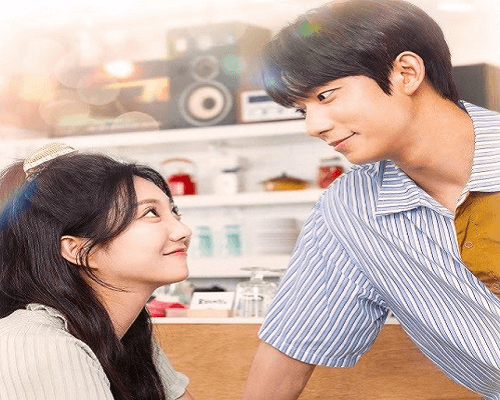 Mokkoji Kitchen is a sweet and salty love recipe drama that revolves around chef Moo Young, who runs a one-man Korean fusion restaurant, and college student Ro In, who knows all the delicious restaurants.

The two are destined to intertwine in life and eventually share food to fill their hearts that carry such beautiful love.

It was released in 2021 with 9 episodes. You can watch this Korean chef drama on KoK TV. This is also one of the Korean web dramas available on Youtube. 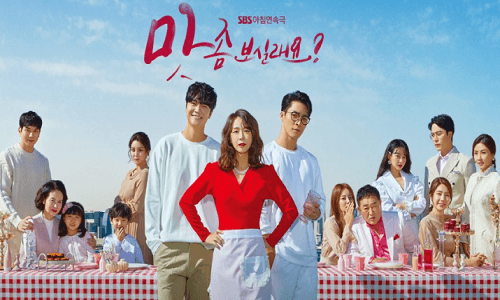 Hae Jin is a 36-year-old woman who is married to Jin Sang, who is 6 years her junior. They have a daughter named Yoo Ri.

Hae Jin now runs the restaurant he took over from his father-in-law. She also supported her husband Jin Sang while he was studying to enter university.

Because of Hae Jin, Jin Sang now attends a prestigious university, but he has an affair with Joo Ri, the young daughter of a rich family.

Hae Jin knows about her husband’s affair, but she doesn’t want a divorce from him. Meanwhile, Dae Gu appears before Hae Jin, a drama series writer.

He was once asked to write a script, but his popularity waned. His married life also did not go well. Want Taste? was released in 2019 and is a long Korean cooking drama with 124 episodes. 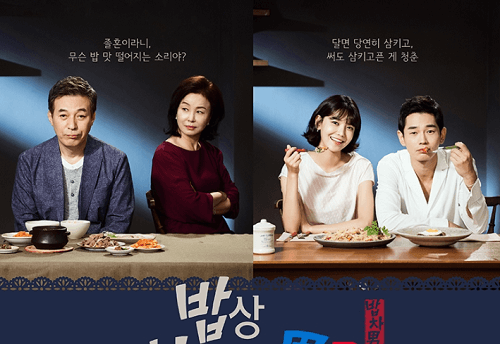 Jung Tae Yang has devoted 35 years of his life to his company and now he has retired. People envy him for the success he has achieved in his career so far.

Now he is looking forward to enjoying his retirement with his wife until old age. But his wife suddenly demanded a divorce.

His daughter whom he thinks he raised well is also now rebelling against him. He worked so hard his whole life, but why was it all in vain at this point in his life?

The breakdown of a family is a reality that a middle-aged man tries to reverse in this drama. It was released in 2017 with 50 episodes. This is one of the K-dramas about food available on Viki.

The Third Charm tells a 12-year love story about how two young people with different personalities manage to find each other again. From ages 20 to 27, and then into adulthood 32, they find love for the third time.

At the age of 20, On Joon Yeong is a smart and geeky university student. She wears plain clothes and plain glasses and is not obsessed with fashion.

He plans everything meticulously, gets frustrated easily, overthinks things, and is very sensitive. But with the guidance of her friends, she goes on a blind date where she meets Lee Yeong Jae.

Lee Yeong Jae is also 20 years old, graduated college, and works as a hairdresser’s assistant. Lee Yeong Jae has a difficult life and is an orphan who greatly looks up to his older brother, Lee Soo Jae, who is a barista.

He is honest, hardworking, and open, the exact opposite of Oh Joon Yeong. His dream is to become rich, though he prefers to achieve it in his own deviant way.

Third Charm was released in 2018 with 16 episodes. This Korean drama about cooking is available on Netflix. 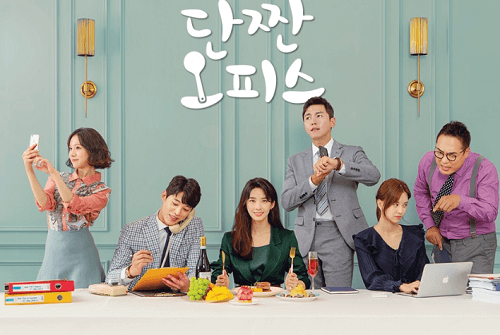 Do Eun Soo is a single woman in her 30s who lives an ordinary, predictable life working as an office worker.

He tries to get through tough times in stride with all the office survival skills he’s learned over the years. He meets challenges in his work by finding comfort in delicious food.

With the arrival of a handsome new co-worker Lee Ji Yong and an old co-worker Yoo Woong Jae who suddenly changes attitudes towards her, Eun Soo soon finds herself in a love triangle at the office.

This Korean drama about food was released in 2018 with 10 episodes.

Those were 15 lists of Korean cooking dramas that you can watch on various online streaming platforms. Thanks for reading this article, have a nice day!