If you like court cases and legal proceedings, you’re probably ready to watch this list of the best legal K-dramas! It will immerse you in the world of public defendants, prosecutors, and judges in this engrossing Korean law drama.

The storyline sees lawyers and prosecutors in action unraveling complex legal cases – be it a serial killer, a corrupt corporate project, or even just a heist. This event is also a great way to gain insight into South Korea’s legal system.

If you’re ready to put your wits to the test, we compiled a list of the 10 best and most worth-watching Korean legal dramas that really dive into all aspects of the law and do justice to them. 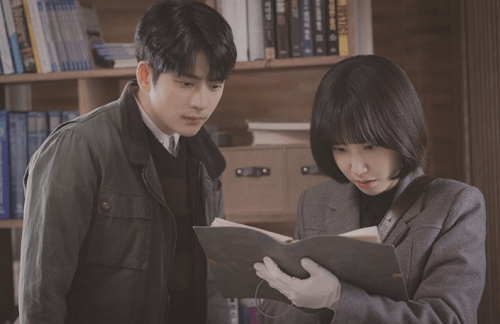 The Extraordinary Lawyer Woo tells of Woo Young Woo, a lawyer who is diagnosed with an autism spectrum disorder.

He graduated from Seoul National University at the top of his class due to his high IQ of 164, impressive memory, and creative thinking process.

Woo Young Woo now works as a lawyer who can handle various cases at the Hanbada law office and is known to be a genius. But he found himself experiencing difficulty in social interactions.

This Kdrama about law romance has been released in 2022 with 16 episodes and you can watch it on Netflix. 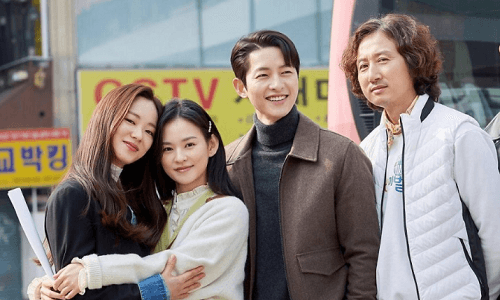 Park Joo Hyeong left for Italy at the age of eight after being adopted by a mafia family. As an adult, he was known as Vincenzo Cassano and worked for the Mafia family as a consigliere.

Due to conflict between mafias, he returns to South Korea with a mission for himself. There he gets involved with lawyer Hong Cha Young, a lawyer who will do whatever it takes to win cases.

Then they started working together to give the peerless conglomerate a taste of its own medicine with its own side of justice.

Vincenzo is one of the best tvN K-dramas released in 2021 with 16 episodes. You can watch this legal drama on Netflix. 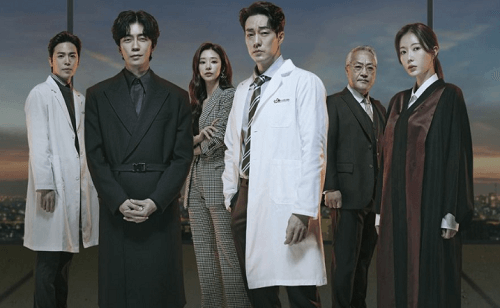 The storyline follows Han Yi Han, an elite surgeon. He is a top graduate of a South Korean medical school and specializes in two departments: general surgery and cardiothoracic surgery.

One day, one operation changed his life. Han Yi Han believes he did the surgery well, but the patient dies and then the government revokes his medical license.

Four years later, Han Yi Han starts working as a lawyer, specializing in medical litigation. He is desperate to uncover the truth behind the death of his former patient.

During his trial, Han Yi Han tried to defend the victims and tried to punish those who committed medical malpractice and negligence.

He works closely with the public prosecutor, who lost a family member and lover due to an operation Han Yi Han had in the past.

This is one of MBC best dramas in 2022. It was released with 16 episodes and aired on Disney+ Hotstar. 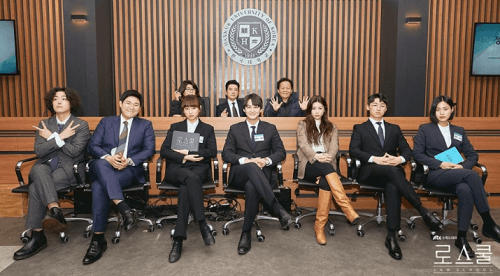 It is set in Hankuk University Law School and tells the story of students, and professors who get caught up in an unusual case.

It started when Professor Seo Byung Ju became the victim of a murder while students were conducting court hearings.

The investigation into the case will be led by Yang Jong Hoon, a criminal law professor, and former elite prosecutor. He was known for his harsh words and that made him a professor to avoid.

Law School is one of the best legal K-dramas. It was released in 2021 with 16 episodes and is available on Netflix. 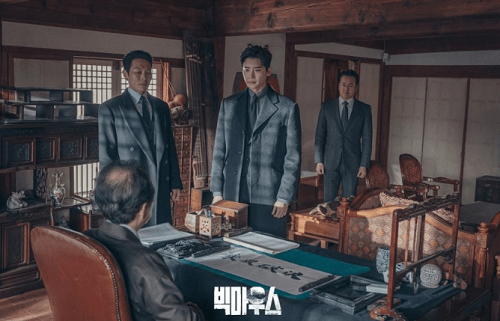 Park Chang Ho was known as “Big Mouth” since his school days because he spoke big and promised big things but couldn’t keep them.

He is also a famous lawyer with a very low success rate. One day he is hired by the Mayor due to his incompetence and ends up being framed as the famous and mysterious con man “Big Mouse” and sent to prison.

Go Mi Ho, Park Chang Ho’s wife, who knew about this, believed her husband was innocent. She also tried her hardest to prove her husband’s innocence.

This legal romantic Korean drama will be released in 2022 with a total of 16 episodes. It stars Lee Jong Suk and Im Yoon-Ah in the lead roles and is available on Hulu and Disney+ Hotstar. 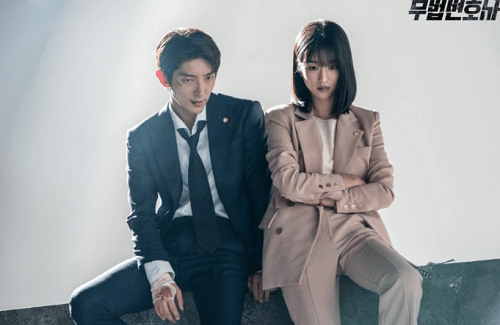 It tells the story of Sang Pil who becomes a lawyer to avenge his mother’s death and starts going after people with absolute power who consider themselves outside the law. With cunning and skill, Sang Pil uses his fists and legal loopholes to gather information.

On the other hand, Ha Jae Yi, is a young lawyer who believes that the law is sacred and fights for justice. But his license was withheld because he beat the judge for an unfair decision during the trial.

Then Jae Yi ends up working for Sang Pil so he can continue to pay off his father’s debts. They try to unravel the case involving Cha Moon Sook, a senior judge who holds great power, and Ahn Oh Joo, a former gangster who is now the CEO of a company.

This best legal K-dramas was released in 2018 with 16 episodes. Available on Viki and Netflix. 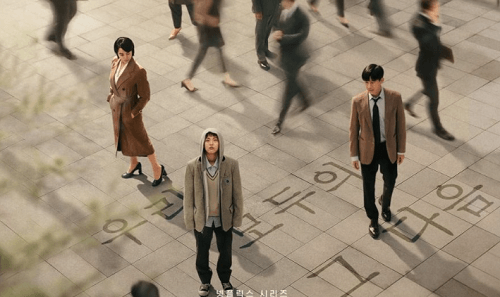 This series tells about Shim Eun-Seok, a judge who has a cold personality and hates juvenile delinquency. He is assigned to the local juvenile court and tries to balance his aversion to petty offenders.

With a firm belief in his justice, he strove to break convention and devised his own way of punishing the offenders.

Juvenile delinquency committed by a handful of teenagers has now crossed the line and is considered a crime. It was released in 2022 with 10 episodes and is available on Netflix. 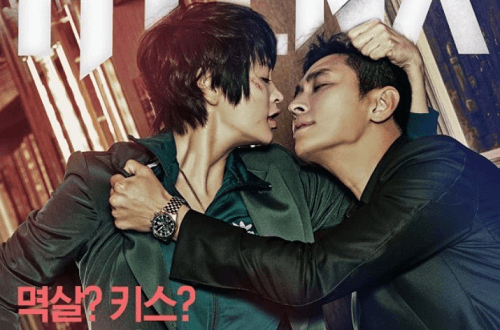 Hyena deals with highly competitive private attorneys who work for the richest 1% of society. He is the lawyer Jung Geum Ja who crosses the boundaries of law and lawlessness, justice and injustice, and ethics and corruption.

He is a true hyena who goes after success and money whatever it takes and armed with the strongest survival instincts, he survives through it all.

On the other hand, Yoon Hee Jae is a successful elite lawyer who is confident in his abilities, he has a bright mind that covers his ego. Using his skills to support the highest in the land, he is skilled at arranging laws to suit their needs.

Hyena is one of the best legal K-dramas. It was released in 2020 with 16 episodes and is available on Netflix. 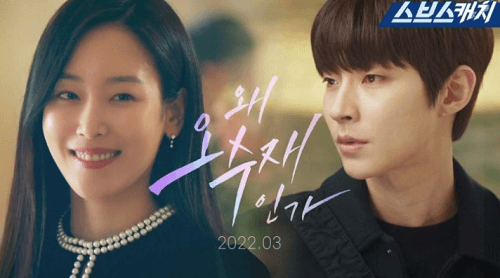 Oh Soo Jae is the youngest Partner in one of the most prestigious law firms in the country. He has proven that he has what it takes and is well on his way to becoming one of TK Law Firm’s top lawyers.

But when the case he’s working on suddenly takes a turn, Soo Jae is forced to watch as all his hard work crumbles around him. Soo Jae is dropped off at work and forced to assume the role of an assistant professor at a local law school.

He is determined to win back his position within the company while doing his best to adjust to his new role.

But the pressure of a lesser demotion is still there. After meeting Gong Chan, Soo Jae’s pain began to decrease, even though he often passed each other.

This Korean series about romantic law is released in 2022 with 16 episodes and Available on Viki. This drama stars Hwang in Yeop and Seo Hyun-jin.

See Also: Is Why Her Worth Watching? Kdrama Review 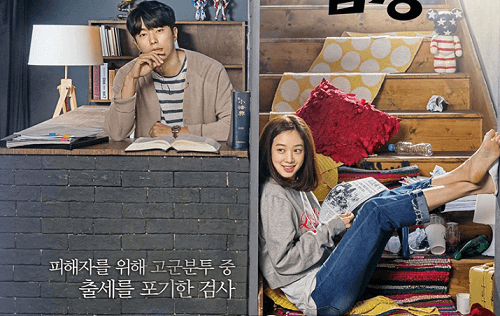 It tells the story of Ma Yi Deum, a materialistic female prosecutor who doesn’t hesitate to use personal attacks, fabricate evidence, and instigate perjury to win cases. He is currently assigned to the special task force for sex crimes.

Meanwhile, Yeo Jin Wook is a new prosecutor who also joins the task force. They then solve crime cases together with vengeful chemistry.

The best legal K-drama was released in 2017 with 16 episodes. You can watch it on Netflix, Viki, and Apple TV.

That was our list of the 10 best and most worth-watching legal K-dramas that really dive into all aspects of the law. The dramas above have interesting storylines, dirty games of power, and harsh interrogations that might be very exciting to watch. Thanks for reading!