When you’re upset and want to watch a TV show, of course, you want to end it well, one way or another. Therefore, we have compiled the 10 best historical Korean dramas with happy ending that will lift your mood.

Korean historical series always feature a lot of fun and of course knowledge about Korean culture and empire. This is one of the thousand reasons why many people love Kdrama. Well, here are 10 historical K-dramas with happy endings below!

1. Rebel: Thief Who Stole the People 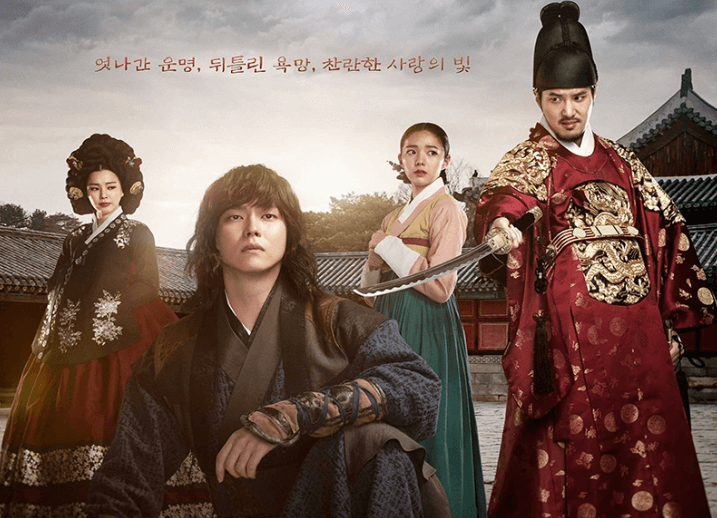 This historical K-drama with a happy ending is set in the Joseon Dynasty. It tells the story of Hong Gil Dong, an ordinary person who manages to win the hearts of commoners.

He managed to steal the hearts and minds of the people from King Yeonsangun (a king who was reviled by his people). Now, Hong Gil Dong is a hero to the people but an enemy to the establishment.

It is the drama of the struggle between these two people that demonstrates the qualities that a true leader needs. This MBC channel series stars Yoon Kyun Sang, Chae Soo Bin, and Kim Ji Suk. Released in 2017 with 30 episodes. 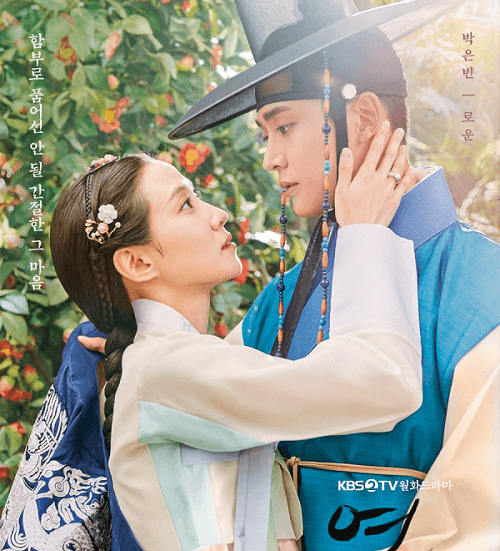 The King’s Affection is one of the best historical Korean dramas with a happy ending. It is set during the Joseon Dynasty when the time of twins was considered an ominous sign. As a result, when the Crown Princess Consort gave birth to twins, an order was sent to kill her daughters.

In order to save her, he secretly walked out of the palace. Several years later, twin daughters named Dam Yi return to the palace to work as a maid.

There he distances himself from everyone, but Dam Yi begins to develop feelings for Jung Ji Woon, his true first love. It stars Park Eun Bin and Rowoon. Released in 2021 with 20 episodes. 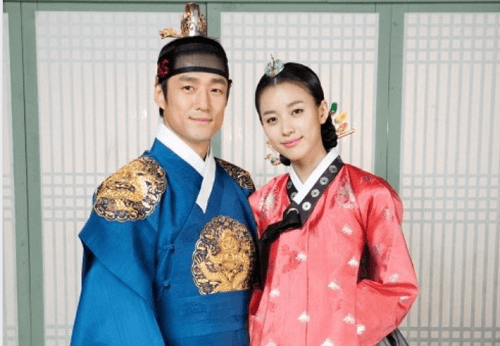 Dong Yi is a historical drama based on the life of Dong Yi who later became known as Choi Suk Bin.

She is the daughter of Choi Hyo Won, the president of the Swordsman Society (Geumgae). His father and members of Geumgae were executed for being slandered in a murder case. Dong Yi (Choi Suk Bin) lives alone and then works in the royal palace as a lowly water maid.

King Sok Jong then chose Dong Yi (Choi Suk Bin) as his concubine and eventually gave birth to Yeong Jo, the second son of King Sok Jong and the future king of Joseon. It Starring Han Hyo Joo and Ji Jin Hee. Released in 2010 with a total of 60 episodes. 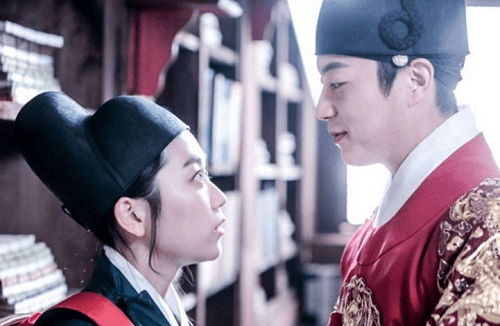 Dan Bi is a high school student who gave up on math. On the day he is about to take KSAT for college, he accidentally time travels and goes back in time during a strange rain.

He finds himself hundreds of years in the past, at the peak of the Joseon Kingdom, which is suffering from a severe drought. There she meets King Lee Do, who spends years studying advanced mathematics, and falls in love with him.

It is a romance that transcends time and space with two lovers who know each other on a deeper level. It Starring Yoon Doo Joon and Kim Seul Gi. released in 2015 with a total of 2 episodes.

5. Love in the Moonlight 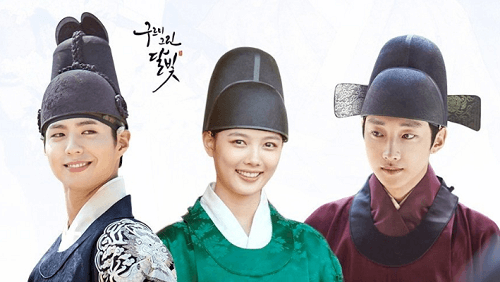 To protect herself and her family, Hong Ra On disguises herself as a man. One day, she meets Crown Prince Hyo Myung, because of a love letter he wrote for a client.

Soon after Ra On is forced to become a eunuch by a loan shark, the Crown Prince and Ra On become attracted to each other. Starring Park Bo Gum and Kim Yoo Jung. Released in 2016 with 18 episodes. 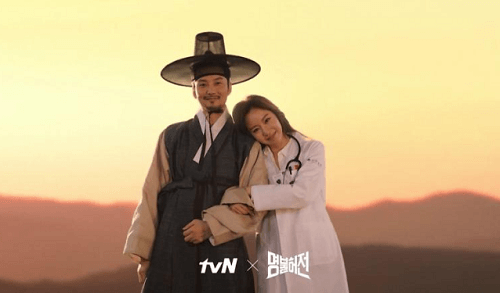 Live Up to Your Name is the next best historical Korean drama with a Happy Ending.

It tells the story of Heo Im, who was born into a family of concubines in the Joseon era and possesses extremely outstanding medical skills. One day he gets frustrated with his career because he failed to rise to a higher position in government because of his background.

Then, he accidentally travels through time to modern Seoul 400 years later and meets modern doctor Yeon Gyung. Thinking that Heo Im is weird, she hopes to get rid of Heo Im but they return to Joseon together again. This tvN series stars Kim Nam Gil and Kim Ah Joong. Released in 2017 with 16 episodes. 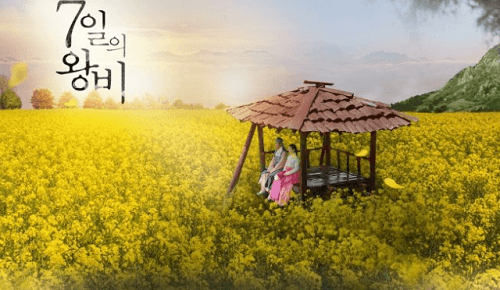 It tells the story of the love story between King Jung Jong and Queen Dan Kyung, who was crowned and deposed in the span of a week as rival political factions took control of the king’s government.

After the queen was dethroned and expelled from the palace, the king would walk outside the royal pavilion every day and sigh while looking up at the mountain in his direction.

Hearing this, Queen Dan Kyung places the red skirt, which is her favorite to wear in the palace, on the rock in front of the mountain. So that the King knows that he is fine and still misses him. This drama is adapted from a tragic Joseon legend. Released in 2017 with 20 episodes. 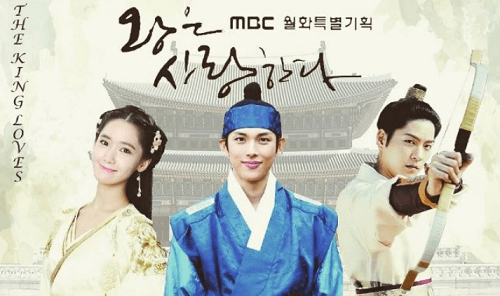 The best historical Korean drama with the next happy ending is The King in Love. It tells the story of a handsome, wise, and magnetic personality that attracts people to him.

But behind his gentle demeanor, he has the ambition to conquer other lands. He has a loyal friend named Rin, who is a royal cousin and comrade with the same ambitions as him.

Then Wang Won met a young woman named San and fell in love with her. Even Rin also melted with Beauty San. Slowly the bonds of friendship that seemed strong began to loosen because of a woman. This historical love triangle drama was released in 2017 with 40 episodes.

It tells the story of Lee Yul, the Crown Prince of Joseon, who passed a law stating that Korean citizens of marriageable age must marry before the age of 28.

Due to an incident, Crown Prince Lee Yul is seriously injured and finds himself being cared for by a woman named Hong Shim. He had temporary amnesia, and now unaware of his identity, he was free to roam as he pleased as an ordinary person.

Due to the law, she herself passed, Hong Shim, now the oldest single woman in her village, must marry or face punishment from officials. Lee Yul proposes to Hong Shim to get them married. It was released in 2018 with 16 episodes.

10. The Emperor: Owner of the Mask 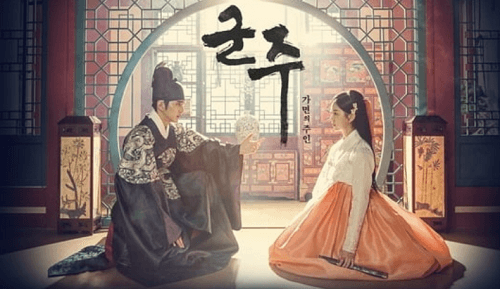 It tells the story of a crown prince named Lee Sun who fights the Pyeonsuhwe people who hold absolute power over the kingdom and also control the water supply by privatizing it.

This drama involves romance, action, and court politics as the Crown prince. Lee Sun fights heroically on behalf of the people and Han Ga Eun finds herself falling for him instead of avenging her father’s execution at her hands. It was released in 2017 with 40 episodes.

Those were the 10 best historical Korean dramas with a happy endings. Make sure you watch one of them, it’s really worth watching. Everything ends happily. Thank you for reading this article