Home Korean Drama Is Why Her Worth Watching? Kdrama Review

Why Her is a character-driven suspense legal drama with a romantic undertone that explores the fame of a lawyer. Come on, check out my Kdrama Why Her review below and see if it’s worth watching! 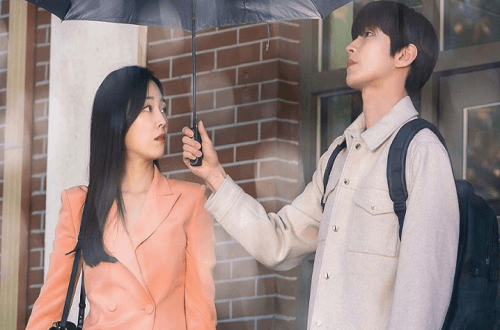 Tells the story of Oh Soo Jae, the youngest partner in one of the most prestigious law firms in Korea. He has proven that he has what it takes to be one of the best lawyers out there.

He has self-righteous principles and a never-ending desire to win and now Soo Jae is on his way to becoming one of TK Law Firm’s top lawyers.

But all is lost when one of the cases suddenly takes a turn and Soo Jae is forced to watch as all his hard work collapses around him.

He was also laid off from his job and forced to take on the role of assistant professor at a local law school. Soo Jae is then determined to win back his position within the company by doing his best to adjust to his new role.

But the pressure of a lesser demotion is still there. The pain in his life begins to lessen after he meets Gong Chan, a good student.

Gong Chan has a warm heart, despite carrying the burden of a painful past. She then begins to feel affection for Soo Jae and supports him in finding his way back into good company.

This is a drama whose storyline includes the themes of noona romance, love triangle, and revenge justice.

It also shows how corrupt and evil the rich are. With the money you can buy whatever you want, you can even buy people and trust.

As for plot development, it felt lacking and I quickly caught on once I finished ep 3. Admittedly, the pilot episode was good and showed the possibility of a decent legal thriller from the script.

But the next episode somehow missed the mark and started to feel bad and what happened at the end of that episode really pissed me off. Because I was expecting more than that.

He exudes class, charisma, and gravitas to pull off this stunning portrayal of the incredibly stylish and intimidating Oh Soo Jae.

Her stellar performance here perfectly embodies the indomitable spirit, character depth, emotional complexity, and vulnerability of her characterization as subtly as it could possibly have been designed.

The characters may not be without faults but are shrouded in a gray haze through actions and motivations which are of course almost perfect.

The quality of the production is commendable, which is reflected in the drama’s atmosphere, which seamlessly transitions between subtle romantic sequences, strong face-to-face scenes, and a highly evocative atmosphere throughout the drama.

The settings of the various arcs are generally well rendered, including the campus of Seojung University Law School, the Law Firm, the TK Firm, and the corporate office of the Hansoo Group.

I also like the framing of certain scenes that appear as symbols of the circumstances alluded to, which is a testament to the extraordinary cinematography in this drama.

Apart from Seo Hyun Jin, most of the performances by the ensemble cast were successful. They do their job well.

I feel that the character Gong Chan played by Hwang In Yeop should have been written better. Sometimes I think whole aspects of romance have a lot more potential than they ultimately deliver.

The relationship between the main female and male characters is one of the main plot points of the story but needlessly messed up.

For example, with the presence of third parties who compete for the attention of female characters.

The actor himself may exhibit somewhat limited scope perhaps due to the design of the character which does not allow him to articulate the role any further. Apart from that everything tasted good. 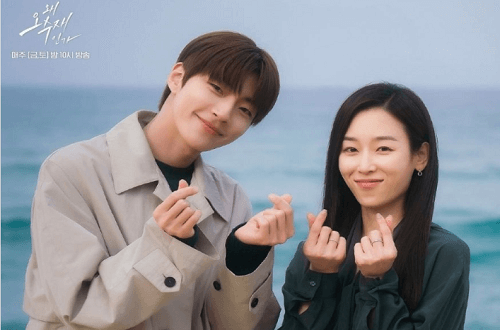 The Cast of Why Her Korean Drama

Hwang In Youp as Gong Chan

Overall, apart from a few problems in the under-executed plot and story of the male lead, I really enjoyed Why Her more than I thought I would.

A large part of that is due to Seo Hyun Jin bringing the drama and without him, the story would probably have failed.

So if you ask, is Why Her worth watching? Of course, especially if you’re in the mood for a very complex story with a complicated storyline, tension, a bit of romance, and convoluted dynamics. My rating for the Why Her review score is 7.0/10.