Glitch is a Korean sci-fi drama that takes you on an exciting journey. It’s not a perfect TV show, but If you like conspiracy theories, evil religious organizations, and mysterious white lights in the sky – Glitch is for you. Check out my review below 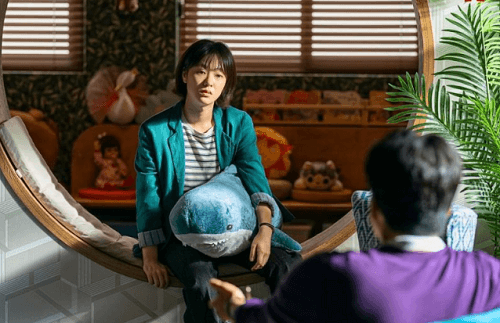 It tells the story of Hong Ji-Hyo, a woman looking for her missing boyfriend, who disappears one night in an unknown flash of light. With the help of the UFO-watching community, he uncovers the truth behind a mysterious secret as he searches for his girlfriend’s whereabouts.

He later joins the UFO forum and eventually reconnects with Heo Bo-ra, a UFO fan and Twitch live streamer, who had become his school friend.

Heo Bo Ra is a YouTuber with only a few hundred subscribers, which is all about mystery. He uses a keyboard as his weapon and is a member of the UFO-watching community.

The story left me very confused. But I can’t turn away from this drama. There were aliens and then religious cults. Wondering what the heck happened even at the last minute.

The memory aspect of this drama is very interesting. I won’t spoil anything about these, but I would say they seem to be a theme between trusting your memory and then trusting someone else trying to help you and trusting your intuition.

The acting is amazing for every cast member. But Jeon Yeo Been is phenomenal. I’m a big fan of Nana because of her drama Into The Ring so I’m really excited to see her and she’s fantastic. Her character feels written for her. The chemistry between the girls was amazing.

But I have to go back to Jeon Yeo Been. It feels like he gets better and better with every episode. The last thing I watched from him was Vincenzo and I enjoyed that drama too.

I think it’s mainly because I remember it too much from Be Melodramatic. However, he had shown all sorts of new acting skills here. Every expression on his face is believable to me. I hope more people watch this drama.

Also, one more thing I would like to point out is how much I love makeup or lack thereof. It felt authentic to the characters and the situations they were in. 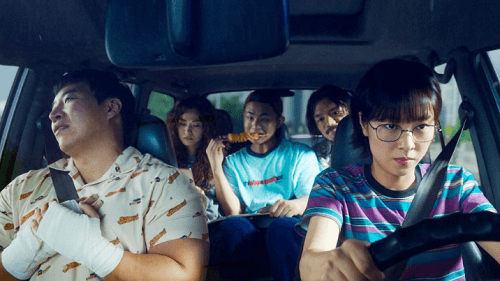 Glitch’ is an odd drama when you think about it: it’s evident that it tries to appeal to a wide audience of fans (from sci-fi, comedy, and mystery) but often feels as though it hits a lot of ground along the way. Mainly because the comedy parts also feel a bit forced, including awkward moments and dialogue swaps as well.

Nonetheless, the series does have an interesting premise and decent performance by the main cast, as well as some stunning aesthetics. Maybe one thing ‘Glitch’ could do with reflection is better character writing because many characters (including the heroine) rarely feel perfect.

However, for those looking for something entertaining on the surface and binge-watching quickly, then ‘Glitch’ will likely hit the spot. If you ask, is Glitch K-drama worth watching? it’s worth it. A score of 7.0/10