Alchemy of Souls is a High-Quality fantasy action k-drama written by the Hong brothers (Hong Jung Eun and Hong Mi Ran) and directed by Park Joon Hwa. I’ll give you a quick review of Alchemy of Souls to see if it’s worth watching! 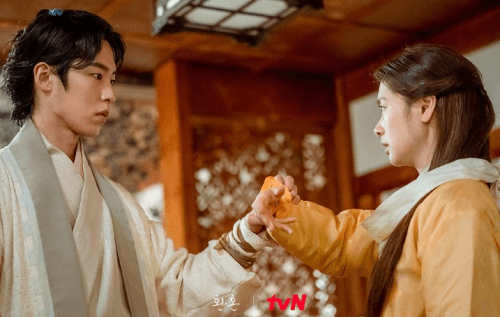 Set in a fictional country called Daeho that doesn’t exist in history or on maps. It tells of the love and growth of young wizards as they overcome a fate twisted by a forbidden magic spell known as “soul alchemy”, which allows souls to switch bodies.

Naksu is an elite assassin whose soul accidentally gets trapped in the frail body of Mu Deok, Jang Uk’s servant from the country’s powerful and noble family of magicians.

On the other hand, the young master of the Jang family, Jang Uk, harbors a dark secret about his ignominious birth. He wants a powerful assassin to help change his destiny.

Alchemy of Souls has an excellent storyline. The Hong sisters create new worlds with their imaginations, everything is new to us, and we can’t help but watch it.

The plot is very interesting with secrets, everything is made very gripping. It always manages to keep me on the edge of my seat.

The plot is also suitable for all drama genres, be it romance, action, suspense, or fantasy. Nothing that doesn’t match the portion, everything feels just right.

The characters in this drama are no less interesting than the plot. We can see that the characters are built with great care to stay true to their original selves until the end of the drama and that’s really good.

The acting of the players is extraordinary, the cast manages to make the characters seem real. They make us feel emotions and live with them, especially the main characters.

The complex CGI used in this drama is also spectacular. We can’t take our eyes off the screen because it’s so mesmerizing, a visual treat to watch.

But behind that, I can’t deny the lack of drama. All of them have some drawbacks. one of them is the excessive repetition of scenes. In addition, there may still be but it can be covered with excess. 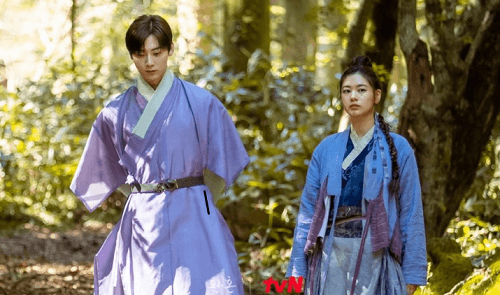 The cast of Alchemy of souls

Jung So Min as Mu Deok

Lee Do Kyung as Heo Yeom

Seo Hye Won as So Yi

Park So Jin as Joo Wol

Who Plays Seo Yul in Alchemy of Souls? Hwang Min-Hyun.

Does Alchemy of Souls have romance? There is an epic romance between the blind girl Mu-deok/Nak-su (Jung So-min) and the wizard apprentice Jang Uk (Lee Jae-Wook). Jung and Lee’s chemistry conveys how the couple feels about each other, even when the characters have to hold back.

I don’t think there’s anything else I can say about this alchemy kdrama, but I can say with confidence that it has become one of my favorite dramas. It’s worth your watch and hopefully, this review justifies the drama.

If you like fantasy, action, or adventure, this drama is highly recommended. The time invested will pay off. Stay tuned for Part 2 of the drama and get answers to all our questions! For part 1 I give a score