If you’re looking for a great Kdrama that’s easy to watch, the rom-com genre is the solution. It features the perfect mix of humorous romance and comedy. You can find a lot of rom-com dramas on Netflix. We’ve rounded up the best romantic comedy Korean dramas on Netflix for you below!

This may cover some of the great k-dramas out there, but we hope it covers some of the best. Read on to find out. Make sure you don’t miss it or you will regret it!

List of The Best Romantic Comedy Korean Dramas on Netflix 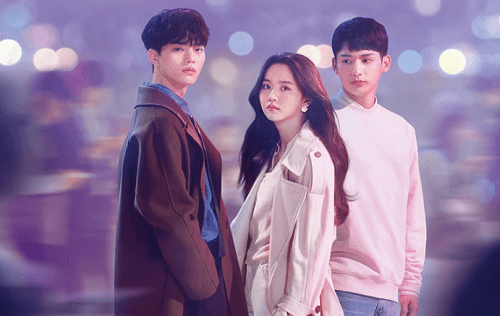 Love Alarm tells the story of a high school girl’s life in a society that is heavily influenced by smartphone apps that can tell if someone around them has romantic affection for them. The drama is based on Chon Kye-Daum young’s webtoon of the same name.

This Netflix original Korean series features Kim So-Hyun, Jung Ga-ram, and Song Kang in the lead roles. It had 8 episodes and became one of the most popular Netflix shows, which was extended for a second season.

Love Alarm is one of the best romantic comedy Korean dramas on Netflix. The series was once ranked the 6th most-watched K-drama on sites worldwide in 2021.

2. Crash Landing on You 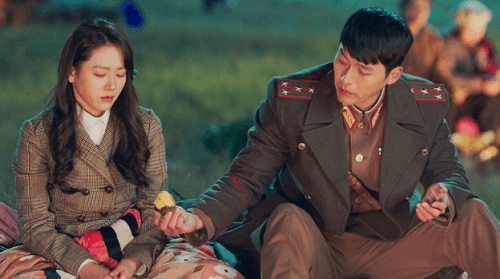 Crash Landing on You tells the story of Yoon Se-ri, a South Korean chaebol heir who makes an emergency landing in the North Korean part of the demilitarized zone, an area that is forbidden to South Korea.

He then meets Ri Jeong-Hyeok, an officer of the Korean People’s Army, who finally provides protection and plans to secretly help him return to South Korea. As time goes by, they fall in love despite the divisions and strife between their countries. 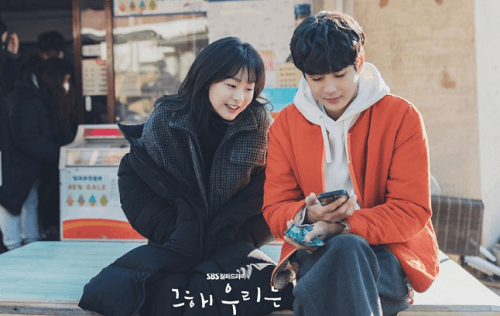 Our Beloved Summer is a South Korean romantic comedy television series. The series is directed by Kim Yoon-jin and stars Choi Woo-Shik, Kim Da-mi, and Kim Sung-Cheo. It airs on streaming platforms SBS and Netflix.

It tells the story of a former couple who are forced to reunite after a documentary they made in high school goes viral. 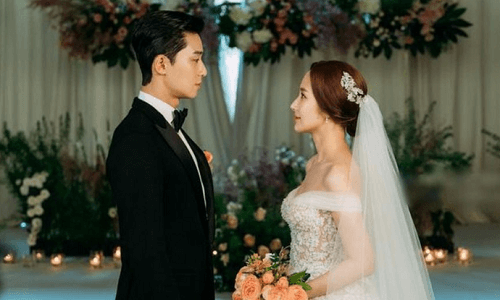 What’s Wrong With Secretary Kim is the best romantic comedy Korean drama on Netflix with unbeatable chemistry between Lee Young-Joon and Kim Mi-so.

It tells the story of the arrogant heir of a large company who works as the vice chairman of his family business. He had a trusted secretary who worked for him for 9 years.

But suddenly, she reveals that she quit her demanding job to have more time for herself. When he heard the sad news, he had to do everything to convince his secretary to stop him. 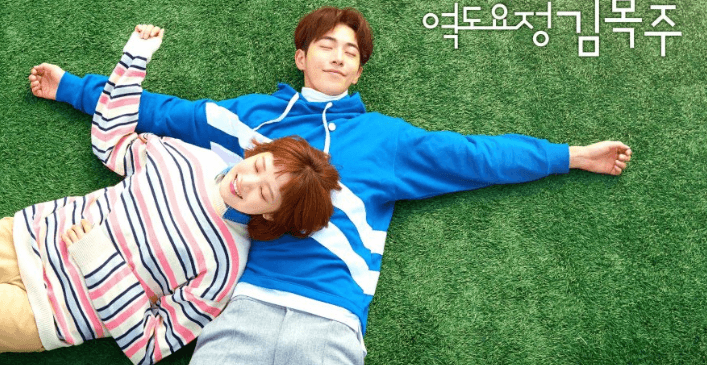 Weightlifting Fairy Kim Bok-Joo is one of the cutest and most adorable k-drama rom-com on Netflix. This South Korean television series stars Lee Sung-Kyung and Nam Joo-hyuk.

It tells the story of a group of school athletes who fight for their dreams, experiencing and finding love in the process. The story centers on Kim Bok Joo, a talented weightlifter with an ambitious and friendly personality who finds himself torn between his goals and his love life which suddenly develops.

If you’re looking for cute and funny college stories, this series is definitely on your watchlist. It is well-known and gets mostly positive reviews. 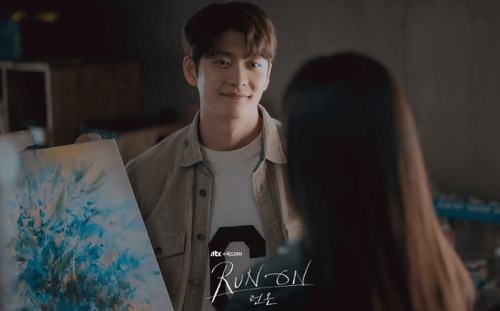 This television series tells the story of Oh Mi Joo who was forced to resign from her sprinter position in the national team due to legal problems. He then becomes a film translator and enters the life of a track star who strays from a predetermined path for the first time, following his own pace and heart. this is the beginning of their love story.

A realistically mature and healthy relationship, Run On is the thing to mention when it comes to the best k-drama rom-com on Netflix. 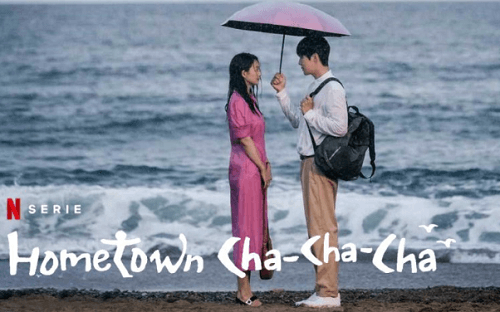 Hometown Cha-Cha-Cha is a remake of the South Korean film Mr. Handy, Mr. Hong, which came out in 2004. The film stars Shin Min-a, Kim Seon-ho, and Lee Sang-Yi.

The South Korean television series 2021 was a commercial success and went on to become one of the highest-rated cable television shows ever.

It ranked one for the entire eight weeks, with the final episode receiving a nationwide rating of 12.665 percent and over 3.2 million views.

The drama became one of Netflix’s most popular non-English television shows, as well as one of its longest-serving hits, spending 16 weeks in the top ten worldwide.

8. Because This Is My First Life 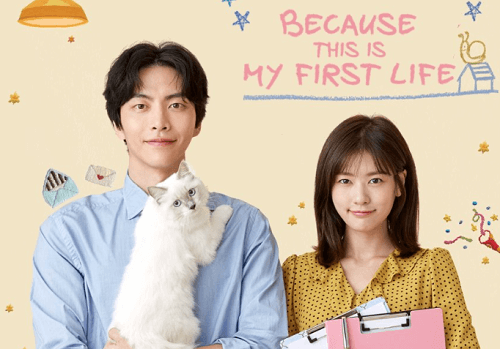 Because This Is My First Life is one of the best romantic comedy k-dramas on Netflix. This 2017 South Korean television series stars Lee Min-ki and Jung So-min.

Tells about careers, relationships, marriage, and love. Nam Se-hee signs a two-year marriage contract with homeless writer Yoon Ji-ho. The terms and conditions of being a landlord and tenant are agreed upon by both parties.

They intend to live together in one house and are free from the mutual attraction. When housemates are affected by personal tragedy, social expectations, and family involvement, everything changes. 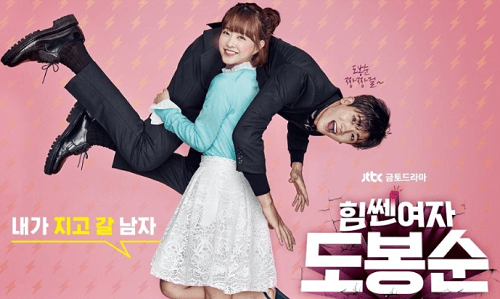 Strong Girl Bong-soon is another romantic drama that will have you laughing and shedding tears on the edge of your seat at the same time.

It tells the story of Bong-soon, a small but strong woman who is endowed with out-of-world powers that are passed down only to their female family members.

He really likes his best friend, but that changes when he becomes the bodyguard of the young CEO of a game company. It was broadcast on JTBC and became one of the highest-rated Korean dramas ever on cable television.

10. Romance is A Bonus Book 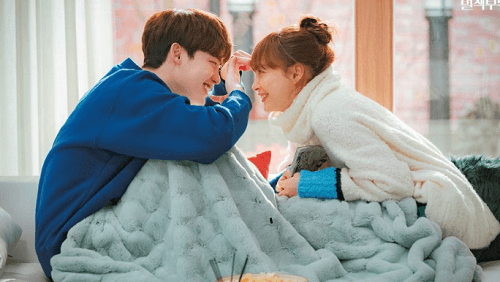 Romance is a Bonus Book is a touching and lighthearted story that tells the story of Kang Dan-i, an unemployed widow who struggles to return to the business world after quitting her job for 7 years to take care of her daughter and family.

Things change when she is hired as a temporary support worker for a publishing company, where her best friend Cha Eun-ho works as editor-in-chief. 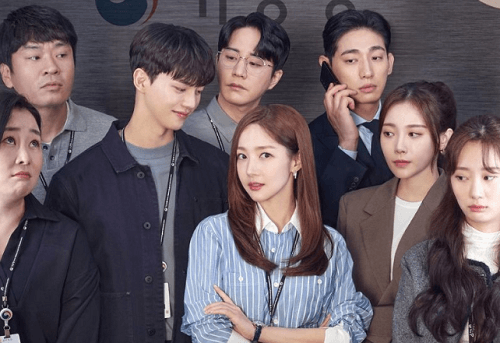 The series tells the story of the happy love stories of people working at the Korean National Meteorological Agency who fall, fall, and get back up, as well as their daily office lives.

It was once in the weekly Global Top 10 list of the most-watched Netflix TV series worldwide for 6 consecutive weeks. 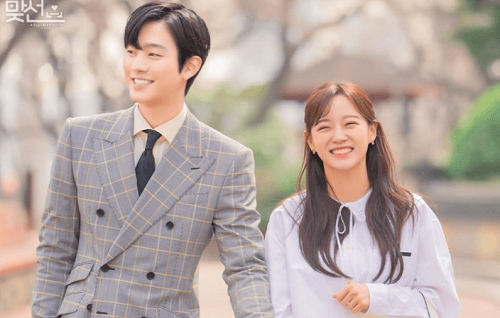 Business Proposal is a Korean romantic comedy television series based on HaeHwa’s webtoon of the same name, which he wrote and illustrated.

Starring Ahn Hyo-Seop, Kim Se-Jeong, Kim Min-kyu, and Seol In-ah. The story revolves around Shin Ha-ri, an employee who agrees to go on a blind date in place of a friend, only to find out that her date is actually the boss.

This soap opera is very popular and certainly, Business Proposal is included in the list of the best romantic comedy Korean dramas on Netflix.

That was the list of the 12 best romantic comedy Korean dramas on Netflix. We hope this list helps you find the drama you want to watch. Or introduce you to new options if you’re just starting to venture into the world of k-drama. thanks for reading