Crash Landing on You is absolutely everything, a show that many of us love in Kdrama to all the capable actors and epic romances that emerge.

This is one of the best dramas I have ever watched. check out my review of Crash Landing on You below. 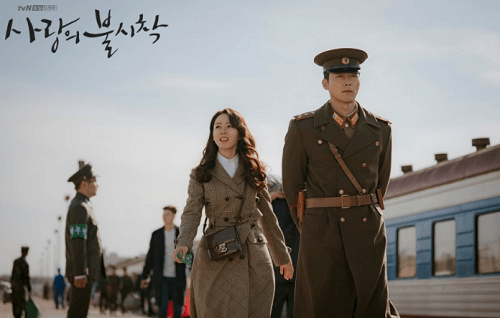 It tells the story of heir and successful CEO Yoon Se-Ri who gets into a paragliding accident and ends up landing in North Korea.

There, he meets military officer Captain Ri Jeong-Hyeok while hiding and getting used to their habits.

Captain Ri agrees to help him return to South Korea, despite the tensions between their countries. Along the way, he makes unforgettable friendships that will change his life in ways he never thought possible. Captain Ri and Yoon Se-Ri also fall in love with each other.

Crash Landing on You Review

Most people who have watched the entire series love CLOY, which is one of the best in Kdrama, especially for the strong female lead as well as the equally strong and gentle man who loves and protects her.

The cast is one of the best I’ve seen with an incredibly beautiful and talented lead, warm and funny village ajummas, and an army of adorable Captain Ri, nicknamed “ducklings”—all of whom become family to each other and to viewers.

In this drama you’ll find themes ranging from the pain of losing a family, being abandoned, and street orphan, to the belief in Zen’s appreciation of patience and waiting; also kindness, protection, sacrifice, and unconditional love. The themes drive the plot, and the cast brings everything to life, making us impatient for each weekend to finally roll over so we can see what happens next to the characters we love—whether love, laughter, danger, and heartbreak, we get the practice. with them.

A great story that intrigues readers, a love story whose premise is there from the start and brilliantly unfolds in a solid epilogue. But it’s also the comedy of sidekicks—and the horror of the bad guy suffused with envy and envy that destroys innocence and beauty, making it a classic battle between good and evil that has embraced every generation since time immemorial.

Other than that, I really enjoyed the depiction of North Korea and the interaction of North and South. I appreciate some of it being oversimplified, dramatized, and maybe even wrong – but it provides an effective contrast between the two countries. 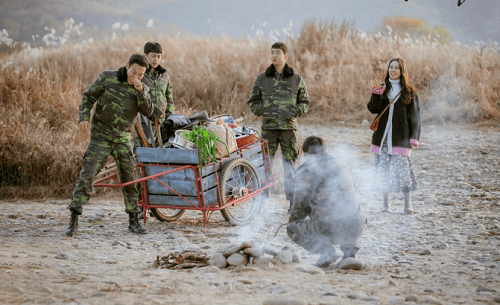 Crash Landing on You Cast

Is it worth watching Crash Landing on You?

I think it’s worth it (very worth it). You can really tell when you watch it, the portrayal, actors, and romance are all perfect.

Why is Crash Landing on You so famous?

Crash Landing on You’s popularity is largely due to the chemistry between its two main characters, Son Ye-jin and Hyun Bin, whose romance is backed up by a storyline that is outstanding in terms of its portrayal.

So, what are my last words to you about this drama? Is it worth watching, or is it just a waste of time? Definitely worth it and probably the biggest thing I have to say is that Crash Landing On You isn’t a bad drama and it’s a lot of fun playing with the famous rom-com tropes.

The ending is bittersweet, the concept is quite interesting, the characters and cast will grow on you and the cinematography and shooting locations (especially in Switzerland and Mongolia) are beautiful.

On the other hand, the pacing only falls after the midpoint to the slump, polish, and attempts to write a mini-Seoul in Pyongyang that is ridiculous in addition to its depiction of North Korea and certain characters.