Kairos is a Korean fantasy thriller drama that tells the story of a man who is devastated when his daughter is kidnapped. Let’s see my review of this Korean drama below 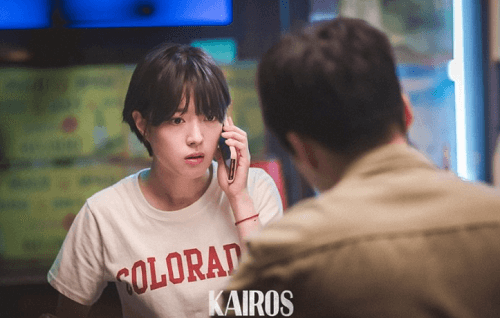 It tells the story of Ae Ri who works as a part-time worker at a convenience store to be able to support her mother receiving a heart transplant.

Unfortunately, his mother’s deteriorating physical condition made her forget the long-awaited opportunity for a transplant, and just like that her mother disappeared.

Things are already quite chaotic for Ae Ri when she receives a phone call from a strange man claiming to be from the same world but 31 days in the future. Ironically, he desperately asks Ae Ri for help.

Seo Jin, a father, and husband from a close family, has lived a successful life as the youngest person to become a director in a construction company. One day, everything collapses with the kidnapping of his daughter and the suicide of his wife.

On the verge of collapse, he is given the opportunity to restore all he has lost on one condition, the help of a foreign woman. To bring his daughter and wife back to life, he called at 10:33 am.

This drama is good. A lot of people compare this to Signal, so I couldn’t help but do that too. It’s not quite as good as Signal but it’s still a fun wimey crime thriller series.

The premise is great and very well executed, and the plot goes really well. There are so many plot twists but they never feel necessary, only the consequences of messing with time explain the character’s motivations. I think the first half of the show was better than the second. The main villain shifted about halfway through and I enjoyed the original villain more than the first half.

The plot/conspiracy in the second half wasn’t that interesting to me either, but the plot twists were still good. But in part because of wimey’s well-timed cruelty, there are some plot points and revealings that happen more than once, and they lose emotional impact and oddly feel like you’re wasting your time because you’re basically watching the same scene again.

However, the second half does a great job of putting it all together and a lot of it makes sense. The timely wimey stuff is handled wonderfully and the “explanation” for it is actually pretty good too.

Seo Jin had some great character development and it was great to see her change throughout the show.

The times where I have to suspend my disbelief the most are with Ae Ri’s actions; he constantly makes stupid choices like investigating dangerous things himself when he knows it is dangerous! Argh, it makes me emotional. I still love it, but it frustrates me sometimes. Basically, the action feels like a plot tool.

The other characters are pretty good, and I enjoy Ae Ri’s friends in particular. It’s great to see them all working together. Oh and I really liked the original villain from the show. I won’t go into details as it relates to a plot twist.

Despite the fact that I only have a lot of complaints about it, I thought this show was great and I would recommend it to anyone who loves Signal, Tunnel, or a fan of crime/thrillers. But I won’t rewatch it. 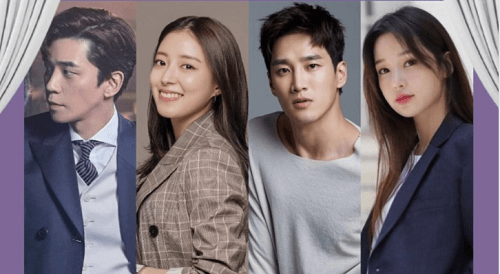 Is Kairos Korean drama worth watching?

Kairos is worth watching, great show from start to finish. Plot twists and details are perfectly thought out, and the acting is the best out of the entire cast. The cinematography is perfectly done to help the audience distinguish between the current and future storylines.

Is there romance in Kairos?

There is no romance or love between lovers in this drama. It is set up for connection and a sense of family.

Does Kairos have a good ending?

Kairos has a great and unexpected ending that neatly wraps up all the main storylines and character arcs. Hyun Chae’s greed resulted in poetic justice for him as he was left alone with no one else to turn to, while Chairman Yu finally got his payback.

If you want to try something different sci-fi then it’s a must-watch it was a great experience although a bit draggy in the middle I thought it was necessary for the story. I think it’s worth watching, but only once. Because in my opinion, a tense mystery drama is not to be re-watched.

I like the fact that it has a satisfying ending but if you’re looking for romance, you won’t find it here. Totally worth watching!!