Korean drama Miracle is a classic idol drama released in 2022. Let’s see my review of this drama below 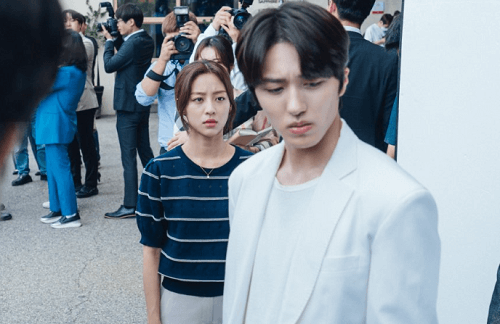 It tells the story of Lucie, an idol who is at the peak of fame. He is known worldwide for his music and has worked hard to reach the top.

But even as one of the most popular artists in the world, Lucie is constantly worried about the possibility of some other artist claiming her place at the top, especially now that the idol group “N/S” is gaining popularity.

On the other hand, there is reluctant idol audition participant Min Si Woo who is invited to attend the event by his best friend, Lee Soo Rin, a former trainee who hopes to become a content creator for rising idols.

After wowing the judges at the audition, Si Woo vows to someday become a better singer than Lucie when he signs the contract that will change his life forever. Now that he is a member of the popular idol group N/S, he is ready to keep his promise.

While Si Woo’s popularity continues to rise, Soo Rin finds her own life turned upside down after an unexpected encounter with Lucie. With Lucie now pulling her attention in one direction and Si Woo pulling her in another, how will Soo Rin find the time to make her own dreams come true?

I wasn’t expecting anything from this drama so I wasn’t disappointed but if you are going to watch this drama expecting the female lead to end up with someone this is not the drama for you but if you like open endings this drama is for you. You. You.

The story isn’t the best, and the plot isn’t spectacular either. If you’re really bored and don’t mind what you want to watch, if you want to watch something quiet without stress, or if you just want to finish a drama really badly, this is a great drama to watch.

Honestly, I watched it out of curiosity, so I wanted to watch it. After watching a few episodes, I realized that it wasn’t going to end with anyone. You really can’t like any of the characters here, they’re not all my favorite characters.

The acting is good, I don’t have much of an opinion about it. The music is also good, not much I want to say here but the OST is quite good and nice to listen to.

If you ask, would I watch it again? No, I will never re-watch it, even if I get bored. Yes, I did say you can watch it if you get bored but I can’t re-watch this show because I watched it while the drama was going on so I don’t have the motivation to continue the drama so I might never watch it again. 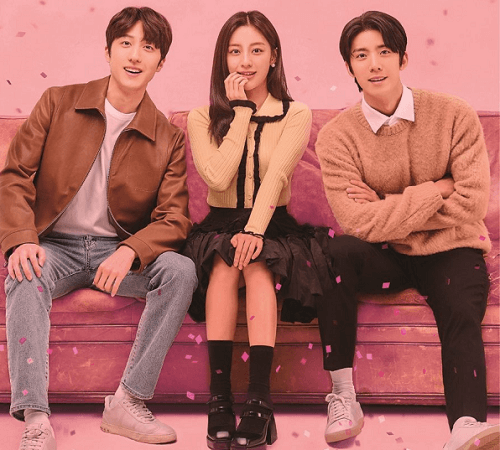 Moon Ji Yong as Do Woon

The only thing I liked was the ending. The ending is an open ending so that we viewers can make a story after that and make an ending. Personally, I like open endings so I have no problem but those expecting the female lead to end up with someone, may not like this drama.

As I said, you really can’t like the people here. Some people don’t have a lot of likes or dislikes, and some people do.

I would not recommend this drama but if you want to watch it because you just want to finish some drama or you are bored then go ahead. You may be missing a lot of parts or you really like the drama. Everyone is different and you don’t have to follow what I say in this review. Just give it a try and see if you like it or not!