Reborn Rich is a pure adrenaline-pumping and electrifying show that offers absolute entertainment throughout all of its 16 episodes. Let’s see my review of the Korean drama Reborn Rich below! 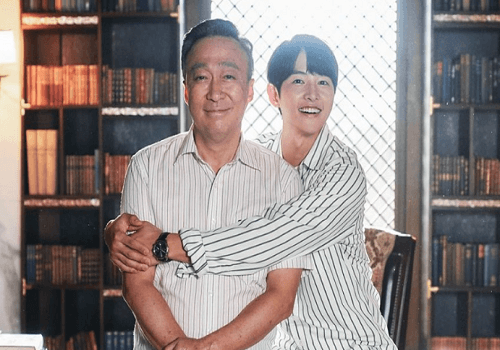 The storyline of this drama follows Yoon Hyun Woo, a very loyal secretary, who even when following the orders of his superiors doesn’t ask anything, doesn’t argue or defect.

He is hardworking and loyal to the Jin family, who run the profitable and wealthy Soonyang Group business empire.

But one day, he is cruelly betrayed by the Jin family, who framed him for embezzling tactical funds. He died by the sea by his subordinates ordered by the leader.

Not long after that he miraculously “came back to life” but he woke up in the body of the youngest male member or youngest grandson of the Jin family, namely Jin Do Joo.

After he realized what happened, he decided to take revenge on the Jin family. He hatches a plan to overthrow Jin Yang Chul, the cold-blooded and money-hungry founder of Soonyang Group.

Yoon Hyun Wo plans to use his new “identity” to take over Soonyang and punish those who killed him.

He starts by impressing Jin Yang Chul by getting him into a prestigious University with the most coveted Law major.

There he meets public prosecutor Seo Min Young, an anti-corruption investigator who becomes known as the “Soonyang Group’s Death Coater.

The ending of Reborn Rich can be said to be a happy ending, Yoon Hyun-woo managed to get his revenge and he also got justice for Jin Do-jun.

While it may feel like a disappointment to all of us, this is the proper ending that is needed to get everyone where they need to be and it’s no romantic drama either.

In episode 16, Yoo Hyun-woo awakens back to the present.

But he is surrounded by plots that are sure to put him behind bars. Meanwhile, Jin Seung-Joon reaps the benefits of the black fund.

However, Hyun-woo is determined to get out of this predicament and asks Prosecutor Seo Min-young to help him.

With the Soonyang Micro project documents in his hands, he hands them over to Min-young and begins his revenge against the company and the Jin family.

He also soon met Oh Se-Hyun and made him join hands as they began their plan to finish what he could not as Jin Do-jun.

Meanwhile, Oh Se-Hyun and Min-young are driven by their desire to avenge Do-jun.

Oh Se-Hyun also met with Lee Hae-in (Jin Do-jun’s mother) and asked him to join hands in this plan.

Jin Yoon-ki also found witnesses in the end and finally decided to reveal the truth about his son’s murder which was the price he paid to enter the Jin household.

War soon begins when Jin Seung-Joon is forced to attend the trial against Mo Hyun-min’s wishes.

As the trial begins, Seung-Joon denies the embezzlement charges. But when Yoon-ki walks in with Ha In-suk declaring that Jin Do-jun’s death was a homicide, not an accident it takes him by surprise.

Hyun-woo soon realizes that he has dementia and begins to remember the scene of Jin Do-jun’s accident that he witnessed 20 years ago.

In the past, he chose to forget everything after being offered a job at Soonyang.

As the trial resumes, Hyun-woo plays an audio recording he kept for himself and reveals that Do-jun’s killer is none other than Jin Young-ki.

This shocks everyone and when questions start being thrown at Seung-Joon, he loses his cool and wants to punch Hyun-woo but ends up being dragged out.

The Jin family eventually loses all management rights over Soonyang and ends Hyun-woo’s plans as he finally achieves his dream.

In the end, reveal the truth that had been hidden. Hyun-woo is aware and understands that what he is going through is to make up for the wrong he has done to Do-jun as well as to himself.

As the accident scene flashes by, it’s all to bring justice to Do-jun and the mistake he made years ago. Now, he lives as Hyun-woo and with the people he cares about, but no one will remember him. 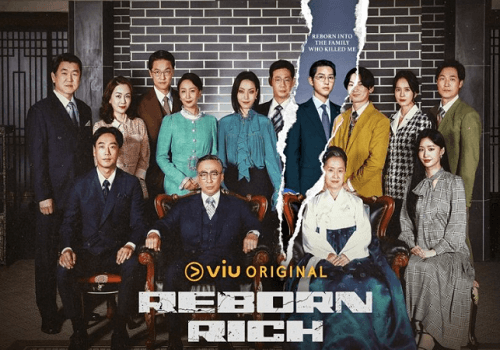 Why do you want to watch this drama? Is it because you just want to be entertained with an extraordinary but very interesting twist at every opportunity or do you want a drama with solid writing, a realistic and logical storyline with no plot holes at all?

“Reborn Rich” brings fresh air to the neighborhood of Jaebeol and the story plays out with time travel and penance.

Here the protagonist knows about future events and uses that knowledge to play stocks and investments to his advantage.

His back and forth-with his rivals is so entertaining to watch. The political aspects and schemes are quite well executed and never boring or stagnant. Quite good!

I also like that the character played by Song Joong Ki here is a smart ruler who wants revenge with the power of the future.

While he’s not the most well-layered character out there with great depth or substance, he does give your classic character heat and charismatic punch very well.

Other than that, the acting here as a whole is excellent which is not surprising considering a large number of veteran cast members.

I’m also not a big fan of Song Joong Ki’s work and I’m sure he tends to only play a certain type of character that he likes but even I have to admit that he really shines in some scenes in Reborn Rich.

Regarding the ending, the majority of people hate the ending and I totally understand why. I’m neutral here and maybe this ending suits this drama.

I would not in my wildest dreams be able to predict how the drama will end. It’s a very daring and ambitious route to take and even though it doesn’t have the best execution, it’s still a commendable writer’s effort.

What I don’t like here is the unfortunate pattern that most of the female leads in Soong Joong Ki’s dramas have little to do with the plot.

The female lead is the same here and the actress who isn’t given much to do at first gives a pretty bland and totally unappealing performance.

The couple didn’t have strong chemistry and the romance was unbelievable. This is why it is such a relief for me that throughout the drama the love story is just a sub plot and is kept behind whenever it matters.

One more thing that I don’t like is that some characters are not given proper development, and others are introduced just for plot procession.

While others are suddenly taken or drastically altered for the same purpose: advancing the story or adapting a certain narrative.

Ultimately, this drama focuses more on the next big thing than the ins and outs or development of its characters. But overall you should watch this, at least once.

Overall This is a drama that you should watch if you just want to have fun. It had its emotional moments, especially in the way it explored the relationship between the prickly grandfather and his overly intelligent grandson.

As well as moments of laughter and lots of fun, devious twists, and turns. Then is Reborn Rich worth watching? Of course, you have to watch it. My score for this play is 8.4/10.