Home Korean Drama May I Help You K-drama Review

May I Help You is a K-drama about the story of the spirits of the dead who have last wishes that must be fulfilled. This is not new but I am interested in this kind of topic and decided to review it, here is my review and rating! 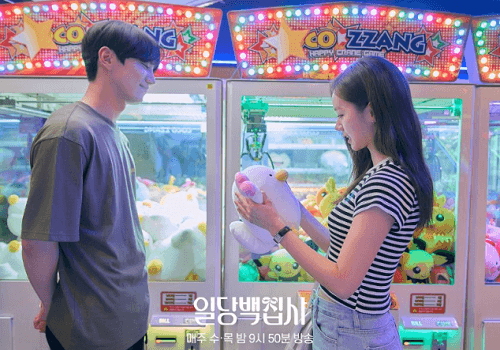 Tells the story of Baek Dong Joo, a former professional ping pong athlete, who has just started working as a funeral director.

On his first day on the job, he finds out he has a hidden talent or curse. He is able to revive and talk to recently deceased people when he touches them.

Those people between life and death have a final wish that he must grant. If not, his days will be filled with a series of bad luck and accidents.

Afraid of losing her mind by death, she has been running away from her workplace since day one. But instead went back to studying for the civil exam that had failed previously.

From that day on, a string of misadventures and memories of the first client she left won’t leave her alone.

Therefore, more than a year later, Baek Dong Joo decided to return to work as a funeral director to fulfill his duties.

He must also end his karmic misfortunes by following the wishes of the dead and a total of 21 wishes which he must grant.

Meanwhile, Kim Tae Hee, known as Kim Jip Sa by his client, works as a man for hire.

He is hired by his uncle Vincent to run a newly opened errand service company “A Dime A Job” he can be hired for odd but legal assignments for as little as a hundred Won.

One day, Kim Tae Hee meets Baek Dong Joo, when she is hired by her boyfriend to break up with him.

After that, their paths continuously intersect and thanks to their work, their fates are intertwined ever deeper for a series of life-and-death situations.

They must then engage around the will of those who died, and the painful past that will follow.

May I Help You K-drama Review

This drama starts with a story that is not really new but with a new outlook. It starts out simple but then gets complicated in a good way as time goes on.

The plot reminds me somewhat of the Kdrama Hotel del Luna, both of which had show premises centered on a mysterious female lead.

But here the story goes above and beyond with 21 spirits that the main character has to grant.

In general, this is a warm watch with something dramatic or no-nonsense. It shows you how every good deed is ultimately rewarded in some way.

I have no problem with the writing of the story and the overall plot. Here I quite enjoy it except for a few things like the ex-boyfriend arc coming back which in my opinion sometimes spoils the plot of this drama.

It also includes less romance towards the end but makes up for it by wrapping up the loose ending and showing the relationships for all the side stories. So at least I can give points for that.

The acting of the actors here is good. My favorite characters are Priest and Vincent. What I didn’t like about the show was that they put on too much show and didn’t close properly.

I liked both leads but felt Lee Hyeri overreacted a few times. I really liked it, that’s the reason I decided to finish this drama.

Overall, it all seems too rushed, but I guess the last episode saved it. If you watched this you should finish it. The ending is heartwarming and a great ending to all things supernatural. 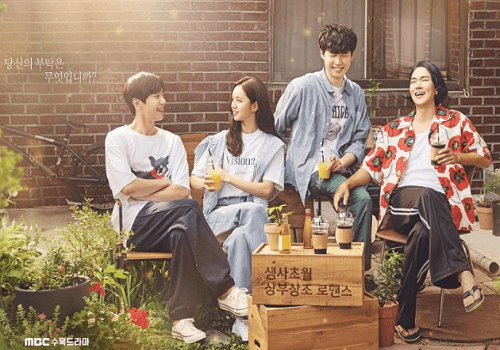 May I Help You Kdrama Cast

Overall, this is not a bad drama. Apart from a few story arcs which I wasn’t a fan of, it does have a great overall message, cherish those you love.

You never know when it will be their last so keep up the good work and do the best you can. Those are some messages that I got from this drama.

Is May I Help You worth watching? it’s worth your warm watch if you have spare time you only watch it once. I’m not sure about rewatching it. Score 7.5/10.