Are you looking for a list of the best dramas and movies starring Lee Jong Suk? here you will find it.

Lee Jong-Suk is a South Korean actor and model who made his acting debut in 2005 with the short film Sympathy. In 2012, he won Best New Actor at the 2012 KBS Drama Awards after participating in the drama “School 2013”.

He is also known as one of the big four Hallyu stars along with Kim Soo Hyun, Lee Min Ho, and Kim Woo Bin. So the quality of his acting is already very extraordinary. So, here are 12 lists of Lee Jong-suk’s best TV shows and movies that you must watch. 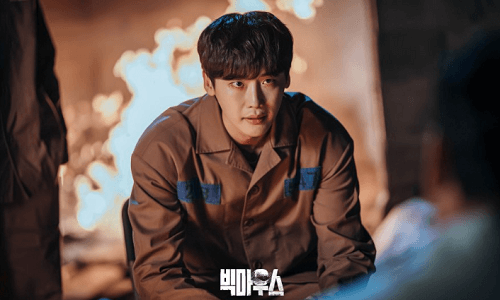 Park Chang Ho was known as “Big Mouth” since his school days because he spoke big and promised big things but couldn’t keep them.

He is also a famous lawyer with a very low success rate. One day he is hired by the Mayor due to his incompetence and ends up being framed as the famous and mysterious con man “Big Mouse” and sent to prison.

Go Mi Ho, the wife of Park Chang Ho, who knew about this, believed her husband was innocent. She also tried her hardest to prove her husband’s innocence.

This is the latest K-drama starring Lee Jong Suk. Released in 2022 with a total of 16 episodes and available on Hulu and Disney+ Hotstar.

2. The Hymn of Death 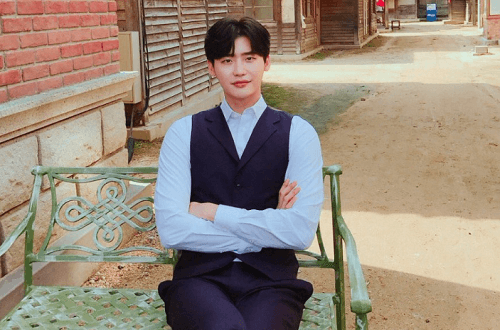 The Hymn of Death is a drama adapted from a true story about Korean sopranos Yun Sim Deok and Kim Woo Jin in the 1920s.

Kim Woo Jin was a stage play writer when Korea was under Japanese occupation. He was married, but he fell in love with Yun Shim Deok, the first Korean soprano.

He recorded the song “Praise of Death” which became the first Korean pop song in 1926. But unfortunately, the fate of Woo Jin and Shim Deok ended tragically.

The drama, played by Lee Jong Suk, was released in 2018 with 6 episodes. You can watch it on Netflix.

3. Romance Is a Bonus Book 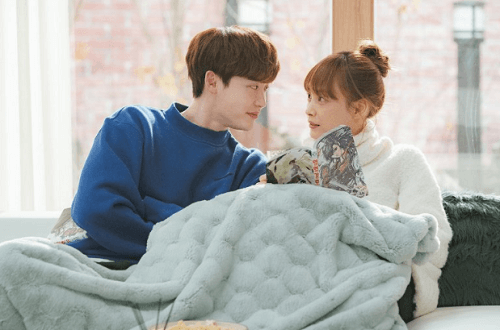 Cha Eun Ho is a successful handsome writer and the youngest chief editor of a publishing company.

He then becomes involved in the life of his childhood friend, Kang Dan Yi, a popular copywriter. She is now divorced, a single mother, unemployed, and trying to find work.

However, desperate to find work, he lied about his background and started working as a temp in the same building under Cha Eun Ho.

As they get more involved in each other’s lives, a love story begins to grow between them. This Lee Jong Suk tv show was released in 2019 with 16 episodes. You can watch this tvN series on Netflix. 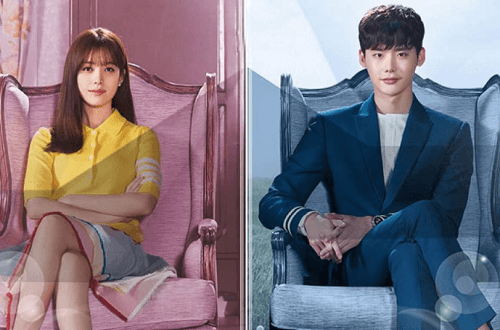 Tells the story of Oh Yeon Joo, a cardiothoracic surgeon who is looking for his father who mysteriously disappeared while writing the last chapter of his webtoon entitled “W”.

Yeon Joo then goes to his office looking, but a hand from the monitor suddenly pulls him in, and he finds himself on the roof of a building, next to a man covered in blood.

He saves the person and realizes that he is Kang Cheol, the main character of his father’s webtoon. Yeon Joo then discovers the secret that she can only enter and exit the webtoon depending on Kang Cheol’s feelings.

This is one of MBC’s best dramas starring Lee Jong Suk which was released in 2016 with 16 episodes. You can watch it on Netflix, iflix, Viki, and Apple TV.

5. While You Were Sleeping 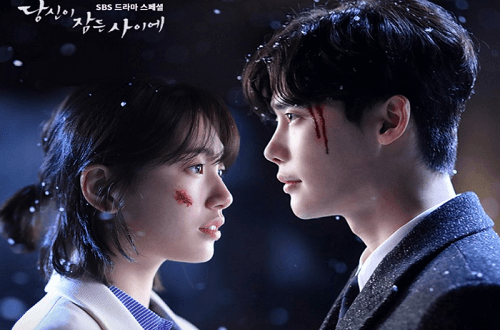 It tells of Hong Joo, who has the ability to see good and bad events before they happen, but she is often unable to do anything about it.

One day, Jae Chan gets a strange premonition about an accident involving Hong Joo and Lee Yoo Beom, a ruthless lawyer who was once Jae Chan’s tutor.

Jae Chan decides to intervene and ends up saving the lives of Hong Joo and Han Woo Tak, a young cop.

When Jae Chan, Hong Joo, and Woo Tak then start having dreams about each other, they realize that their lives are intertwined.

This tv show is played by Lee Jong Suk and was released in 2017 with 32. It is available on Netflix, iflix, Viki, Hulu, and Apple TV. 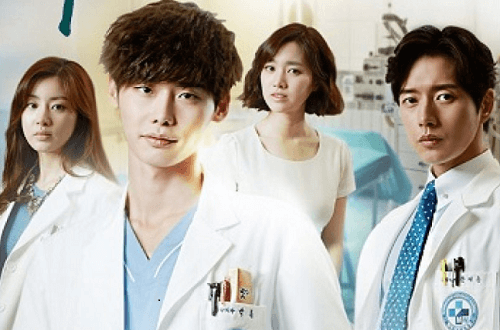 Park Hoon and his father were kidnapped by North Korea. there he was trained to be a doctor by his father who was already a doctor. Park Hoon later became a genius heart surgeon but fled to South Korea.

In South Korea, Park Hoon starts working as a doctor at Myeongwoo University Hospital, but he feels like an outsider. To bring his love from North Korea, he does whatever it takes to make money.

7. I Hear Your Voice 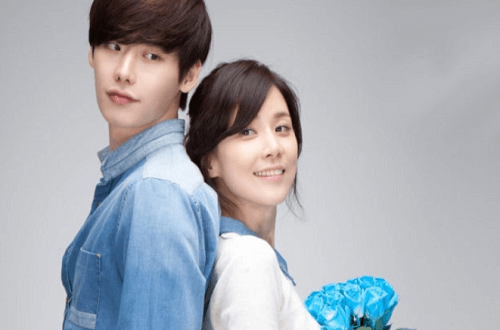 Jang Hye Sung is a public defender who is bold, sassy, thick-faced, and materialistic. He became a lawyer after overcoming poverty and painful memories from his childhood.

He also became aware of society and justice after meeting Park Soo Ha, a 19-year-old boy who can read other people’s minds.

Jang Hye Sung is actually Soo Ha’s first love after she gave a decisive testimony on her father’s murder case 10 years ago. Soo Ha also promised to protect him from the killer’s threats.

The series was released in 2013 with a total of 18 episodes. Available on Netflix, Viki, and Apple TV. 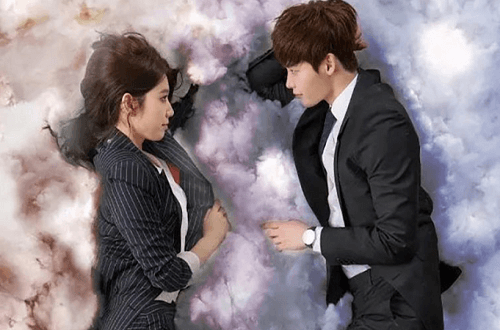 Choi In Ha is an idealist and his job suits him when he becomes a broadcast reporter. However, he suffers from a condition known as “Pinocchio syndrome”, which makes him hiccup whenever he lies.

His fellow rookies continue to support him including Choi Dal Po, whose shabby appearance masks his eloquence and sharp memory.

Seo Bum Jo is a rich heir who has left him everything in life. Yoon Yoo Rae whose fangirl knowledge is useful for covering news. Rookie journalists in their 20s pursue justice as they try to find themselves in the process.

This is one of the best dramas played by Lee Jong Suk as the main character. It was released in 2014 with 20 episodes and is available on Netflix. 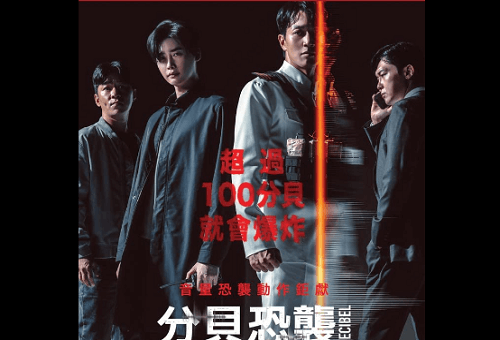 Tells the story of a former Marine officer, Do-Yeong who suffers from post-traumatic stress disorder after surviving a submarine accident that killed his comrades.

Once upon a time, a group of terrorist attacks occurred in downtown South Korea. The same problem occurred with a submarine belonging to the South Korean Navy a year ago.

These actions make Do-Yeong contribute to solving this terrorist attack. He wanted to find out who was behind the incident that killed his friend.

This is the latest movie starring Lee Jong Suk which will be released in November 2022. 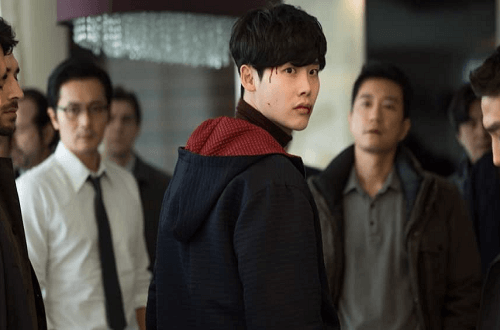 V.I.P. tells the story of Gwang-il, the son of a teacher at an excellent school, but he becomes the perpetrator of serial killers that have occurred in several countries.

He killed a lot of people and couldn’t be caught because he had someone in power. To stop the killing he was doing, South Korea, and North Korea, worked together to chase him. One of Lee Jong Suk’s best movies was released in 2017. 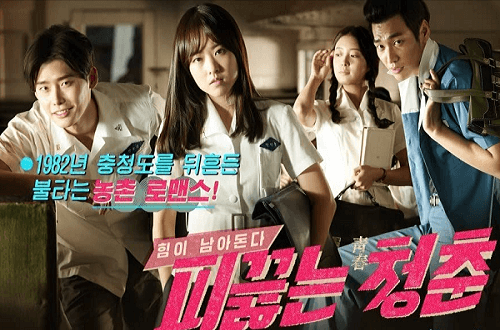 Set in the suburbs in 1982, Young-sook is the feared leader of a group of girls at Hongseong Agricultural High School.

Although he is known for his strength and foul mouth, he has a secret crush on Joong-Gil, the school’s famous playboy.

Joong-Gil is a legendary Casanova single who has the ability to melt girls’ hearts. He tries to woo all the girls at school, except Young-sook.

That’s because of Gwang-sik, the leader of a rival school’s boy gang who sees Young-sook as his girlfriend. One day, the beautiful new transfer student So-hee arrives, whom Joong-Gil immediately falls in love with.

That makes Young-sook jealous and then gets into a fight with So-hee to prevent her new rival from finding out about her secret crush.

Gwang-sik starts to get suspicious of the relationship between Young-sook and Joong-gil, also teasing So-hee to turn on Joong-gil. This movie was released in 2014. 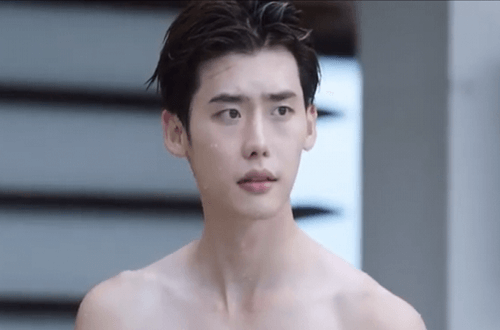 Like his father who was a champion swimmer, Won-il was once a promising swimmer. But when his father dies during a swimming competition, Won-il stops swimming for good.

Instead, he lives life desperately and like there’s no tomorrow. With Won-il also being kicked out of school, but his father’s old friend Jae-suk, drags him to a physical education-focused high school, hoping he’ll start swimming again.

There she meets her old rival, Woo-sang, who in the past was always overshadowed by Won-il. With Won-il absent from sports, Woo-sang now takes first place and becomes a national swimming star.

But he is disqualified from the national tryout after getting into trouble, so he has to start from zero and ends up at the same school as Won-il.

Woo-sang is the complete opposite of Won-il’s personality, all he cares about is winning so he thinks Won-il’s return to the sport is something he doesn’t want.

On the other hand, there is Jae-suk’s daughter, Jung-Eun, who wins Won-il and Woo-sang’s hearts and reignites their rivalry even more.

The two very different young men begin training for an upcoming swimming competition, fighting for love and friendship. In this film, Lee Jong Suk plays Woo-Sang. It was released in 2013.

Those are the 12 lists of the best dramas and films starring Lee Jong Suk. Thanks for reading this article, have a nice day.