Best Ji Chang Wook Dramas and Movies List. Ji Chang Wook is a South Korean actor and singer, working under Glorious Entertainment. In 2006, he made his screen debut in the film Days.

He also had a small role in the 2008 television drama You Stole My Heart. His official debut occurred in 2008 through the film Sleeping Beauty.

His name became widely known to the public when he played Carl Laker/Dong Hae in the daily drama “Smile, Dong Hae” (2010). At that time he was awarded the “Excellence Award, Actor in a Daily Drama” at the KBS Drama Awards.

In the following years, he began to regularly participate in dramas or films. Here’s a list of the 10 best Ji Chang Wook dramas and movies below, which were updated in 2023. 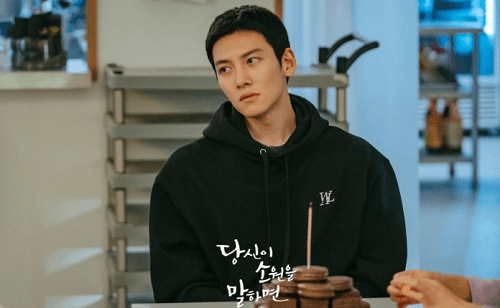 Yoon Kyeo Re is a young man who has experienced tribulations since he was a child and hard times at the orphanage where he grew up.

He also spent time in a juvenile detention center, even serving time in prison. Blows and tribulations were all he knew and ended up in the void.

However, when he is ordered by a court to serve the public in a facility for the care of the dying and the terminally ill, things begin to change for him.

There she meets Kang Tae Shik (the old man) who tirelessly leads the volunteer team at the facility. Kang Tae Shik has also created a unit called Team Genie, which aims to grant the dying patient’s last wish. Whatever people ask for, Team Genie will work hard to make that last cherished wish come true.

He also meets Seo Yeon Joo, a beautiful nurse who refuses to give up on her patients and tries to keep them physically fit at all times. Will working at this facility help change Yoon Gyeo Ree’s life?

This Ji Chang Wook tv shows was released in 2022 with 16 episodes. The main cast of If You Wish Upon Me is Ji Chang Wook, Choi Soo Young, and Sung Dong Il. 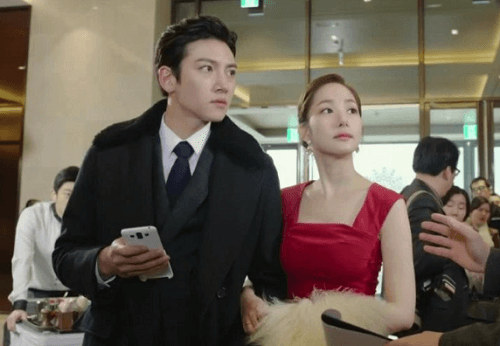 Healer is one of Ji Chang-Wook’s best series. It tells about Seo Jung Hoo a special night courier, who is known only as “Healer” by his clients.

For a decent fee and with the help of a genius hacker, he works for his clients whatever they want. But as long as it doesn’t involve murder.

Once upon a time, his latest job brought him into a second-rate tabloid writer, Chae Young Shin, and successful reporter, Kim Moon Ho.

He begins to unravel the mysteries of his own past which he shares with the two reporters to write about. But because of that, now they were all in danger.

This is one of the best Ji Chang Wook dramas available on Netflix. It was released in 2014 with 20 episodes.

3. The Sound of Magic 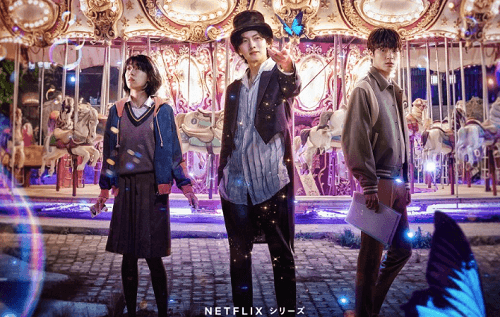 This Ji Chang-Wook drama Netflix tells about the magician Ri Eul who often comes to an abandoned amusement park. He is a mysterious person and only performs magic shows for people who believe in magic.

One of them comforts Yoon Ah Yi who tells him that he believes in magic. Yoon Ah Yi is a high school student who supports himself and his younger sister by working part-time.

He doesn’t know where his parents are because the debt collector kicked his father out of the house and then his mother ran away too. This Ji Chang Wook tv Shows was released in 2022 with 6 episodes.

This is also a K-drama love triangle and one of Hwang in Yeop new dramas.

4. The Worst of Evil 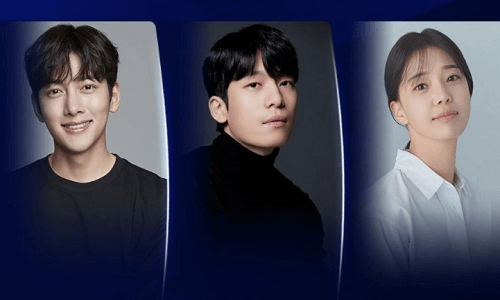 The Worst of Evil is Ji Chang Wook new dramas in 2023. It tells about Park Joon Mo, a police officer who works in the drug investigation section.

He oversees the drug trade between South Korea, China, and Japan. Park Joon Mo then infiltrates a criminal organization.

Meanwhile, Park Joon Mo has also married Yoo Ui Jung. She is also a police officer and is involved in a drug investigation that her husband is working on.

The story begins when Genghis Khan builds a huge empire that stretches across East Asia and Eastern Europe. And there was a woman who held great power in the Yuan Dynasty which was founded by Genghis Khan for 37 years.

He is neither of Mongolian nor of Han Chinese descent. He hails from Goryeo, a small kingdom in the Far East. She was brought to the Mongols against her own will as a Gungnyeo (court lady).

Yet somehow she was able to overcome her low status to become the last empress in another land, with the nickname Empress Ki.

This is one of the best MBC dramas starring Ha Ji Won, Ji Chang Wook, and Joo Jin Mo. Released in 2013 with 51 episodes.

6. Lovestruck in the City 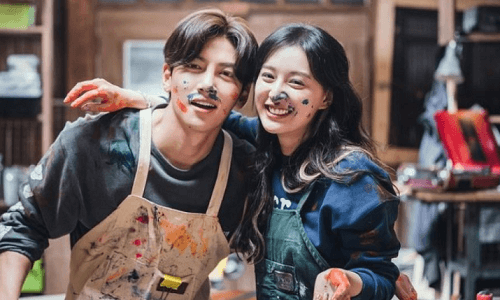 This is a drama depicting the lives of young people in a busy and competitive urban environment. Pursue romance, and happiness, and fight for survival.

Park Jae Won is an honest man, a passionate architect, and loves city alleys. He’s the typical romantic guy who can’t get over a certain woman.

Lee Eun Oh is an ordinary woman who temporarily changes her character as the spontaneous and free-spirited Yun Seon Ah.

But because of that, she went into the unknown, where Jae Won fell in love with her new identity. This Ji Chang Wook dramas was released in 2020 with 17 episodes and you can watch it on Netflix. 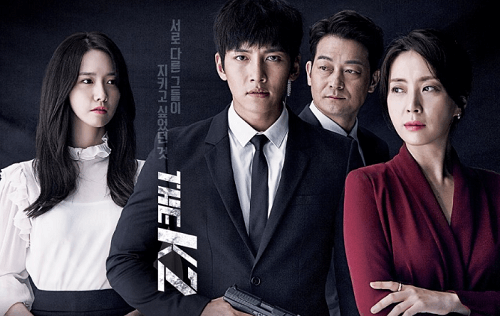 The drama’s storyline follows Kim Je Ha, a former mercenary nicknamed “K2”. He suddenly turns into a fugitive when accused of killing his girlfriend while serving in Iraq.

One day, he finds his way back to Korea and lands a job as a bodyguard for Choi Yoo Jin, the owner of JSS Security and the wife of Jang Se Joon, who is running for president.

Je Ha uses his new job to plot revenge on Park Kwan Soo, the current leader of the most powerful party. And he is also Se Joon’s rival, whom Je Ha ordered to kill his girlfriend.

When Je Ha is assigned to look after Go An Na, Se Joon’s illegitimate daughter, they start to develop feelings for one another. But what happens if the person who wants to hurt An Na the most is Je Ha’s boss, and his revenge ally?

This tvN drama stars Ji Chang Wook, Im Yoon Ah, and Song Yoon Ah. This tv show with ji chang wook was Released in 2016 with 16 episodes and you can find it on Netflix, Viki, and Apple TV. 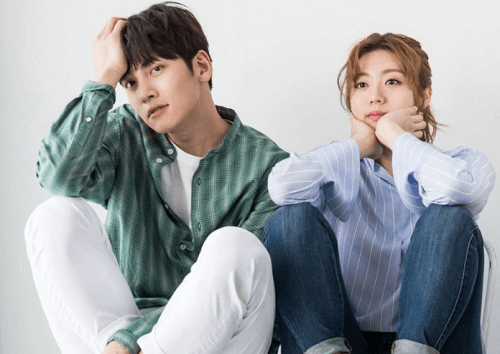 Suspicious Partner tells the story of Noh Ji Wook, a smart prosecutor who is willing to risk his career and reputation to save Eun Bong Hee.

Eun Bong Hee is a rookie justice department intern. He finds himself in the most unfortunate situation when he is accused of killing his ex-girlfriend.

The two must catch the real culprit responsible for a string of murders before time runs out. Otherwise, things will get complicated, and their career, love life or even get killed.

This is one of the best Ji Chang Wook dramas that you must watch. It was released in 2017 with 40 episodes and is available on Netflix. 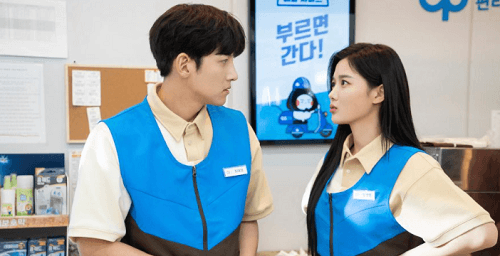 Backstreet Rookie is a show you must watch when looking for the best Ji Chang Wook tv shows.

Three years ago, he fell in love with her as an ‘unforgettable person’ after he lectured her about cigarettes.

In the present, Jung Saet Byul applies for a part-time position at Choi Dae Hyun’s shop and there their love story begins as they heal their hearts, find love, and mature.

This K-drama starring Ji Chang Wook was released in 2020 in 16 episodes. Is available on Netflix, Viki, and iQIYI. 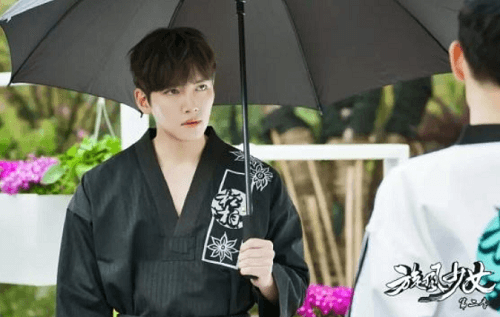 The Whirlwind Girl 2 is a Chinese drama starring Ji Chang Wook. It tells about Qi Bai Cao who managed to conquer martial arts competitions throughout Asia.

He also gained a deeper understanding of his field. But he lost his mentor, Ruo Bai, tragically, and now he doesn’t know how to survive.

She then meets Chang An, a mysterious talented man who becomes her trainer. Under his grueling training, Bai Cao regained his spirit and continued on his path to martial arts glory.

This Ji Chang Wook dramas was released in 2016 with 36 episodes and you can watch it on Viki. 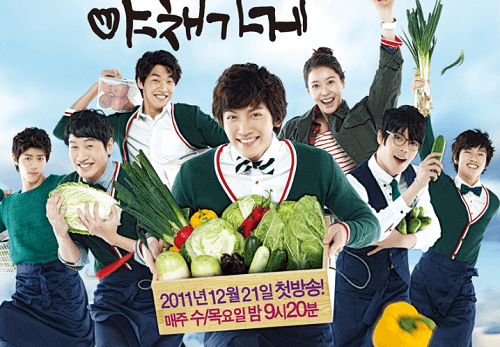 It tells about the love life and success of six single youths. one of them is Han Tae Yang, a talented young man with big dreams for his small vegetable shop who finds himself falling in love.

Meanwhile, Mok Ga On is a rich heiress who grew up without a father and comes to work at Han Tae Yang’s shop. She then falls for the spoiled young heir and she is also attracted to Tae Yang.

This tv show with Ji Chang Wook was released in 2011 with 24 episodes. 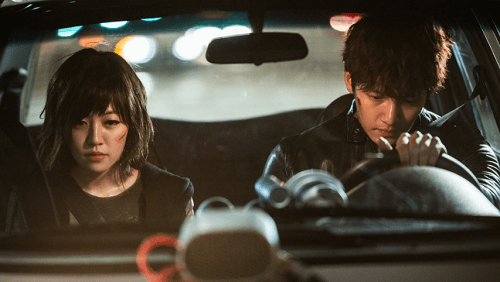 Kwon Yoo (Ji Chang-Wook), a former national taekwondo champion, spends most of his day playing games at an internet cafe.

In real life, he is unemployed, but in the virtual game world he is the ultimate leader, highly skilled, and has a group of close friends and teammates who call themselves “RESURRECTION”.

One day Kwon Yoo is framed for the murder of a young girl. The evidence seems irrefutable: The murder weapon is in his house, his fingerprints and DNA are in his apartment, and the apartment’s security cameras are recording him.

A court pressured by the media quickly found him guilty and sentenced him to life in prison in a maximum security prison.

He wakes up, having received news that his mother committed suicide, and Kwon’s escape from prison sparks a nationwide manhunt. He went to the office of Min Chum-sang, the public attorney defending him.

Min gives Kwon Yoo his mother’s necklace, saying he will re-examine the case. He also gets help from the hacker or his RESURRECTION teammate Yeo-Wool (Shim Eun-Kyung). They try to uncover the truth behind the murder case. 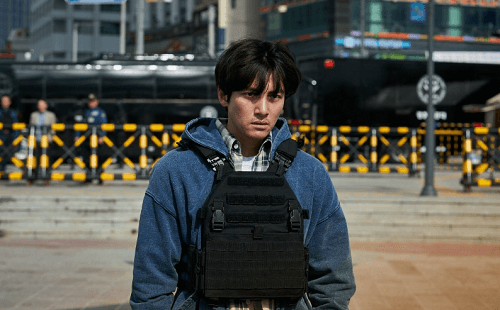 It tells the story of Seong-Gyu (Jo Woo-jin), a bank branch manager in Busan. One morning, he dropped his children off at school and then went to work.

then suddenly he received an anonymous phone call (black call). The caller told him “when you get out of the car a bomb will explode.”

There is a bomb under his seat and if he tries to get out of the car it will explode. This triggers the beginning of a nightmare situation for the Seong-Gyu family in the middle of downtown Busan. Note: Ji Chang-Wook in this movie plays the role of Jin-Woo (Caller/Villain)

That was the list of the top 10 Ji Chang Wook best dramas and movies, a handsome actor who is very talented and his acting is unquestionable. You can watch all of the Ji Chang Wook tv shows and movies above on Netflix, Viki, and other platforms. Thank you for reading this article…