Are you looking for the best romance fantasy Korean dramas to watch in 2022? We have it right here. You’ll get hooked on k-dramas with their mysticism and other out-of-this-world stuff.

There are many recent dramas with interesting plots involving folklore creatures such as gumiho – the nine-tailed fox – and mermaids to the fantasy below. I recommend this to you because, in my opinion, this is a fantasy romance drama that you must watch. Listen and read to the end.

1. My Roommate Is A Gumiho 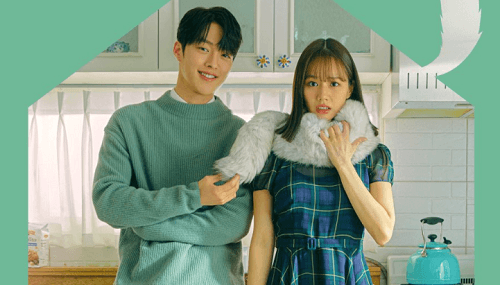 Tells the story of Shin Woo Yeo, a handsome and intelligent writer, who is actually a 999-year-old nine-tailed fox. He collects human energy in a bead to transform it into a human.

Woo Yeo also explains his predicament to Lee Dam and suggests living together until they find a solution. Lee Dam, who has never had a girlfriend in his life, now has to live with Shin Woo Yeo.

It will be released in 2021 with 16 episodes. This romantic fantasy K-drama is available on Netflix and Viki. 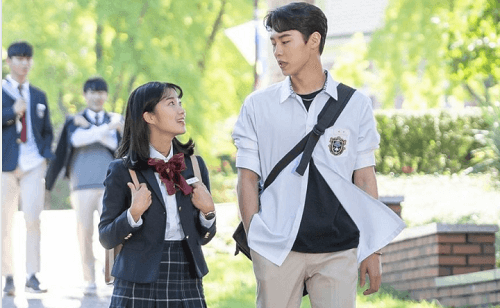 Extraordinary You tells the story of Eun Dan Oh, a 17-year-old high school student from a wealthy family who has suffered from lifelong heart disease. That meant she wouldn’t live past his teens.

However, when Dan Oh realizes that she is also experiencing a long gap in her memory, she realizes another unpleasant fact in her life. She is a character in a Korean webtoon and all of his actions are predetermined by the artist who drew him.

Even worse, she’s only a supporting character in the cast. With his new understanding of the world, she lives in, she is determined to find true love within his own storyline.

She also had to circumvent the writer’s plans for his character by utilizing storyboard flashes that only she could see. Extraordinary You is one of the best fantasy romance Korean dramas released in 2019 with 32 episodes.

See also: is extraordinary you worth watching

3. Lovers Of The Red Sky 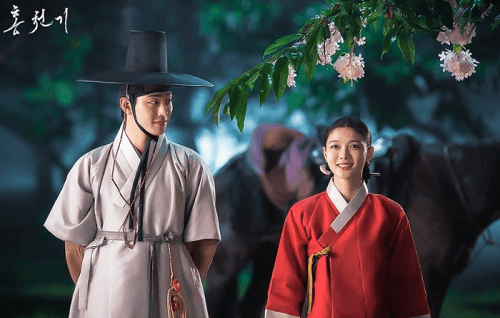 During the Joseon Dynasty, a young woman named Hong Chun Ki was a painter. It was an extremely rare thing in Joseon-era Korea, where Confucian values dictated that such pursuits were unfit for a woman.

He was actually born blind but somehow managed to acquire a sense of sight and has now been accepted into the country’s most prestigious art college.

One day, he meets Ha Ram, a fortune-teller whose fate is in conflict with her own. Although he was born normal, he lost his eyesight due to a childhood accident.

In addition, he also has an extraordinary talent that allows him to read the future by tracking the movement of the sky at night, even though he is blind.

Then, the two are sucked into a palace intrigue that also involves the two princes. The free-spirited Prince Yang Myung and the ruthless and cunning Prince Joo Hyang.

It will be released in 2021 with 16 episodes and stars Ahn Hyo Seop, Kim Yoo-Jung, Gong Myung, and Kwak Si-yang. 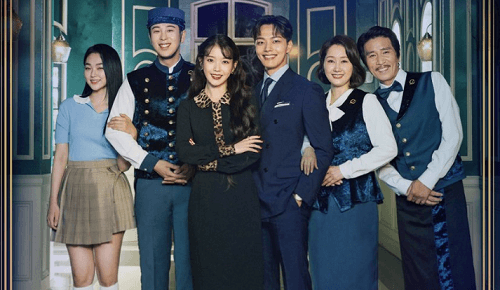 It tells of a strange hotel, located deep in the heart of thriving downtown Seoul. This is an old hotel with buildings that have been standing for thousands of years.

Running this hotel is Jang Man Wol, a greedy and suspicious person who has spent thousands of years acting as the CEO of the company. She was cursed to be tied to a hotel by a god to save her from his rampage and self-destruction with rage, hatred, and a thirst for revenge.

Her only hope for breaking free is to let go of hate and hatred and find love. This tvN original series is the best romance fantasy Korean dramas released in 2019 with a total of 16 episodes. 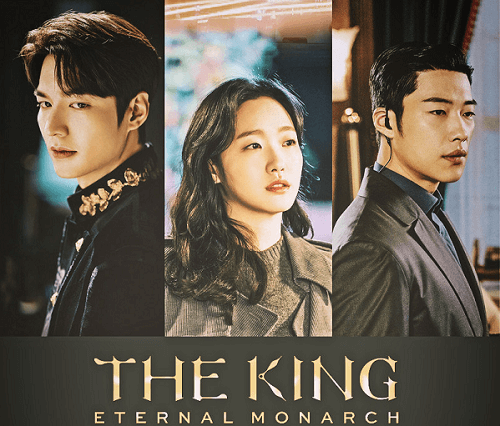 Lee Gon is the third Korean emperor of his generation and his people regard him as the perfect leader. But behind his perfect appearance, he hides a deep wound. When he was eight years old, he saw his father murdered before his eyes following a coup.

Thus, instead of honoring his filial duty, he preferred to run away from the palace to attend university conferences. During one of his adventures, he sees himself thrust into a parallel world, there he meets Jeong Tae Eul, an inspector who works with him to defeat the criminal, who closed the door between their two worlds.

The King: Eternal Monarch was released in 2020 with 16 episodes. You can watch it on Netflix. 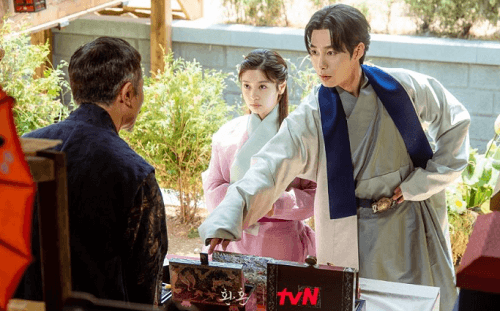 This drama is set in a fictional country called Daeho that doesn’t exist in history or on maps. It tells of the love and growth of young wizards as they overcome their twisted destiny due to a forbidden magic spell known as “soul alchemy”. The spell allows souls to switch bodies.

It follows the story of an elite assassin named Naksu, whose soul accidentally gets trapped in the frail body of Mu Deok, a servant of Jang Uk from the country’s powerful and noble family of magicians.

The young master of the Jang Family, Jang Uk, harbors a dark secret about his ignominious birth and he wants a powerful assassin to help change his destiny. This Korean supernatural romance drama has been released in 2022 with a total of 20 episodes. You can watch it on Netflix.

See also: Is Alchemy of Souls Worth Watching? K-Drama Review

7. Doom At Your Service 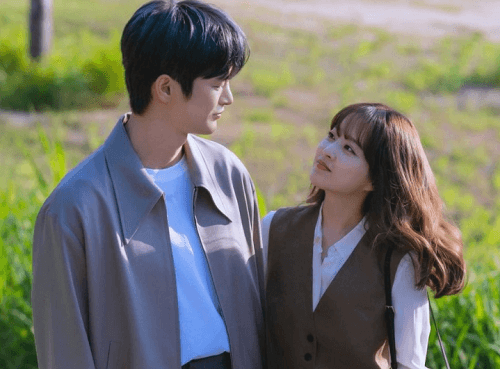 The storyline follows Tak Dong Kyung, whose life seems more stable after working as a web novel editor for 6 years. He has worked hard since his parents died, but now he has been diagnosed with glioblastoma (brain cancer).

He was distraught and blamed his unlucky life. When he wanted to curse everything to disappear, he accidentally summoned Myeol Mang.

Myeol Mang appears and says that he can grant Dong Kyung’s wish. As his last wish, he makes a contract with Myeol Mang for one hundred days to live as he wants, risking everything for him. It will be released in 2021 with 16 episodes.

8. From Now On Showtime

Cha Cha Woong is a popular stage and TV magician. Despite his cynical attitude, his spectacular performances and tricks always amaze the audience. But little do most people know, he has a secret group of helpers behind the scenes.

Magicians’ assistants or behind-the-scenes helpers are not ordinary people, they are actually ghosts. Cha Cha Woong is not afraid of beings from the spirit realm, in fact, he treats them as his employees. They also believe him to be their “boss”.

It was later found by a cop who invited him to join the force in his quest to catch criminals. And also use ghost companions to help thwart evil masterminds. From Now On Showtime! is a romantic fantasy Korean dramas released in 2022 with 16 episodes.

9. Goblin: The Lonely And Great God 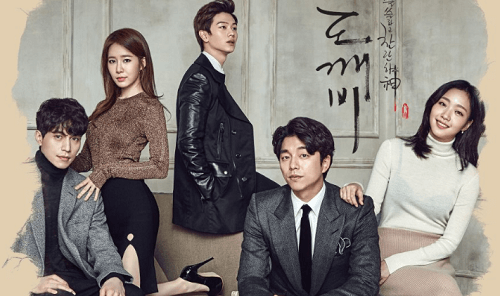 Tells the story of Kim Shin who was once an undefeated general in the Goryeo military and died tragically. He quinine becomes immortal but is tired of living while everyone around him dies.

For 900 years, Kim Shin has been searching for his partner or human who can draw a sword and end his life. One day, he meets Ji Eun Tak, a positive and cheerful high school student.

He can see the dead and has been through tragic events but remains strong. She also claims to be the Goblin’s bride/partner who can end her immortal life. But what seems to be an easy task, becomes complicated as the two falls in love. It was released in 2016 with 16 episodes. 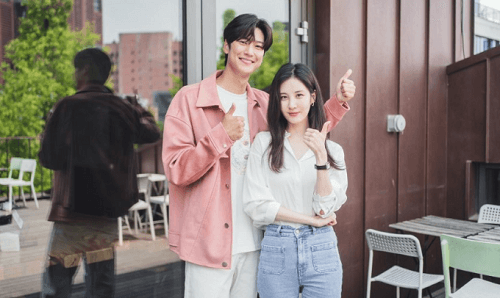 Gong Soo Gwang is a fish seller at a traditional market to make an honest living. But unfortunately, he has a reputation for being extremely unlucky and people try to avoid him at all costs.

Since no one wanted to approach him, his business declined. Soo Gwang tries his best, but can’t find a way to escape his cursed destiny.

Seven years ago, Soo Gwang had a normal and happy life, but all that changed when he met Lee Seul Bi, a woman who changed his life forever.

Since that day, whenever he dreams of Seul Bi, something bad happens to him. Although Soo Gwang doesn’t know why this woman has such a strange effect on his wealth, Seul Bi does. This best fantasy romance Korean dramas will be released in 2022 with a total of 16 episodes.