He has extraordinary acting talent and is also supported by his handsome face, no wonder he has many fans. If you are one of his fans, you should definitely watch one of the dramas he has acted in. So, what are the Thai dramas starring James Jirayu Tangsrisuk? Read more below! 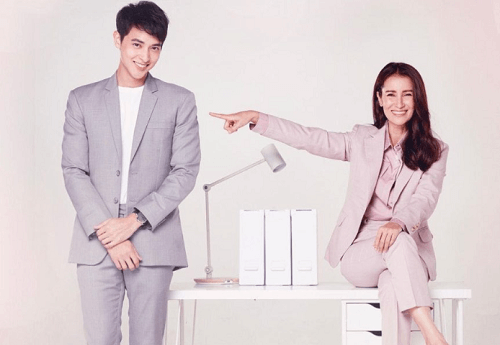 Are We Alright? is a drama starring James Jirayu Tangsrisuk in 2021 with a total of 20 episodes.

This drama tells the story of a successful businessman named Carat who finds his husband having an affair with his secretary and decides to get a divorce.

One day while arguing with Chakrit, Carat meets Ai (James Jirayu Tangsrisuk), a 4th-semester student. Ai helps Carat during that time and they then continue to meet many times after that.

Ai who is interested in Carat then starts to approach him and doesn’t care about the age difference between them. However, it won’t be easy as Carat’s boss named Mark, who is perfect in every way seems to be attracted to her too. 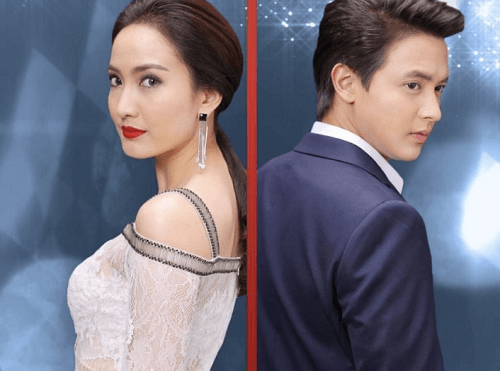 Next is Game Sanaeha, this drama starring James Jirayu Tangsrisuk and Taew Natapohn Tameeruks. It was adapted from the novel of the same name by author Arita.

Nok’s life begins to change a lot after learning that his parents are divorced and each has a new partner. Nok then wants to reunite with his parents as before.

However, instead of reuniting with his parents, Nok is forced to marry Nai, a manager and childhood friend due to one incident.

Nok originally intended to get rid of Nai from his life by agreeing to the marriage. However, that changed because he realized how genuine Nai’s feelings for him were. 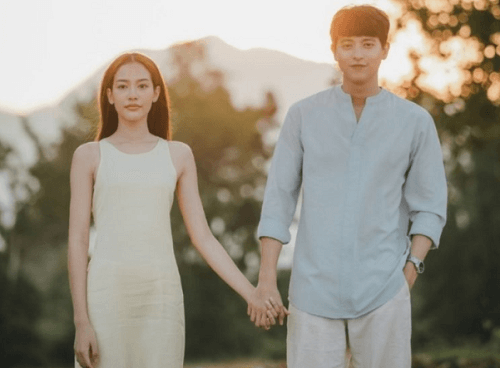 The Deadly Affair is a drama starring James Jirayu Tangsrisuk which is a thriller, mystery, and romantic genre.

Aphinan felt guilty for killing someone and received a sentence of 6 years in prison. 3 years later he was released early for good behavior.

On the other hand, Jetiya does not accept and is very angry about the early release. Jetiya even arranged for Aphinan to be detained as hard as he could because he was hurt that Aphinan had disrupted his wedding plans. It was released on July 4, 2022, with a total of 18 episodes. 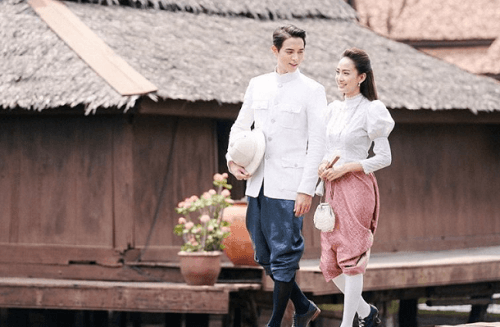 It was released in 2020 with a total of 14 episodes and features action, mystery, romance, and fantasy genres.

The storyline tells about the life of Plerngfah, a person who has the ability to see the past. Her family, concerned about Plerngfah’s condition, decided to move to the United States to take care of her.

Over time, Plerngfah grew up and then returned to Thailand to work as a reporter for a television station.

While covering a series of bombings, he meets Sitang, a young archeology professor. Their meeting brought back his old symptoms and revealed that Sitang was his lover from many lives.

But unfortunately, the enemy that disturbed their previous lives also reappeared and they vowed to separate Plerngfah and Sitang again. 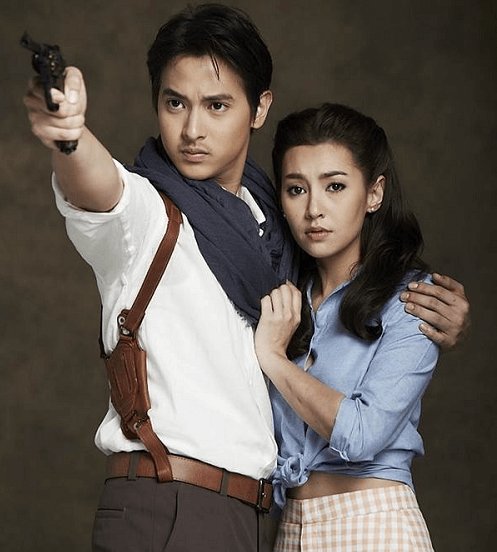 Beloved Faithful Wife was released in 2016 with a total of 14 episodes which have a fairly high rating in their country of origin. Adopting the romantic action genre, this series tells the story of Rin Rappe and Saran’s complicated love lives.

The story begins when Rin’s adoptive father sets her up with Saran to fulfill a promise from her father’s past. Sugesti, who is known as a cold man, refused, but over time, he finally agreed to the match.

Trouble started when Saran found out that Rin had lied to her and her family. Rin, who feels guilty for Saran, keeps trying to improve things.

However, Duangsawad’s presence in their midst makes things even more complicated because Duangsawad is Saran’s ex-boyfriend. 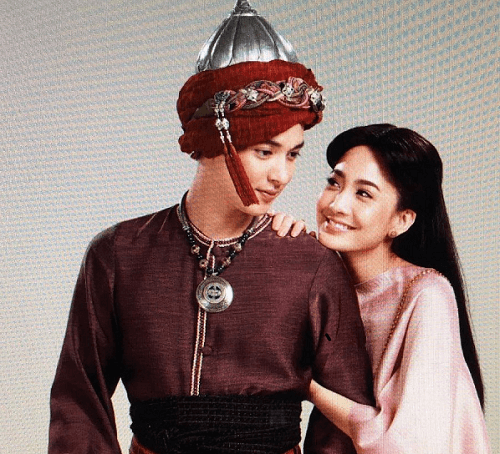 Nueng Dao Fa Diao is one of the next best dramas starring James and Taew which was released in 2018 with a total of 17 episodes.

This drama is set in the Ayutthaya Kingdom and the story focuses on Mang Mao, the daughter of a wealthy nobleman who owns a paper factory.

Mang Mao has a rebellious nature and often makes those around him dizzy. He is also known to often run away from his father’s arranged marriages.

One day, while running away from an arranged marriage, Mang Mao meets a handsome young man named Sri Khan Thin who is disturbed by Mang Mao’s behavior. Khan Thin also tries to admonish him, but he ignores him and irritates Khan Thin even more.

Mang Mao doesn’t know that Khan Thin is the son of a famous criminal who was sentenced to death and disguised himself as a eunuch to investigate the case of his father’s death. 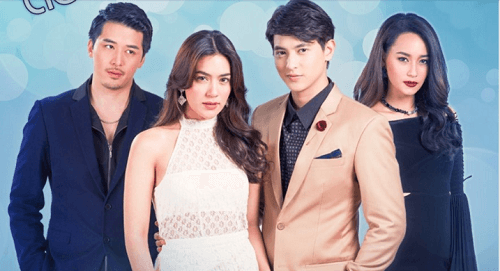 This storyline focuses on the story of Pimlapas (Kimberley Anne Woltemas), a model and daughter from a rich family. He has everything and his life seems perfect.

He also has an amazing girlfriend. However, his perfect life suddenly changes when his father passes away and after that, he starts getting dumped by his girlfriend.

His life was even more miserable after his stepmother took all the wealth he had and made him live alone. It was then that a mysterious person appeared who asked him to steal documents belonging to a rich man named Ramet (James Jirayu Tangsrisuk).

Pimlapas tries to win Ramet’s heart with her beauty and slowly the two fall in love. However, the situation was not what they had imagined. 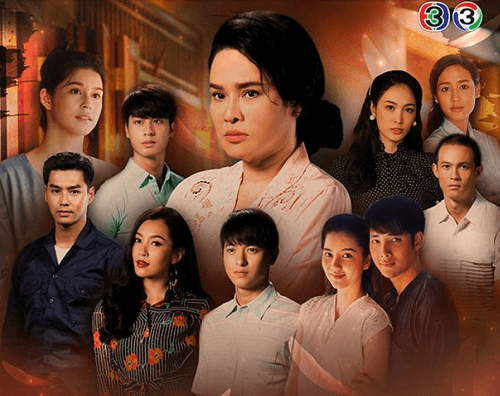 Tells about the complicated life of a family in Thailand, where the mother named Yoi has four sons namely Achai, Atong, Assa, and Asee.

The story begins when his first son Achai marries a woman named Reynu. In fact, Achai himself already has a fiancé named Philai.

Yoi’s mother, who did not want to be insulted by people, then decided to marry Philai with her second child, Atong. However, Atong himself likes a woman named Janta.

Among her four children, Assa is the most devoted. So Yoi decided to marry him off to a woman from a rich family to avoid the same mistake.

Instead of avoiding them, they actually get into trouble because the woman Assa is married to secretly has children from other men.

When the family situation is getting more difficult because of the fourth child, Asee often makes a mess. Drama James Jirayu Tangsrisuk was released in 2019 with a total of 19 episodes. 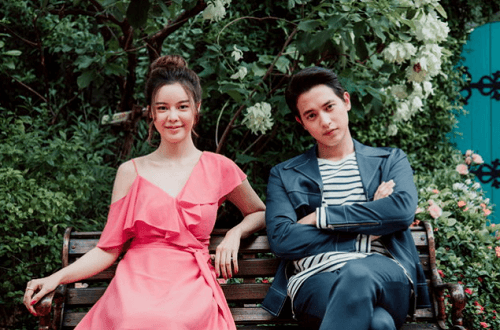 Next is Payakorn Sorn Ruk or Prophecy of Love which tells about the unique love story between Rosita and Theeruth.

The story begins when Rosita gets into a car accident which causes her to accidentally have the ability to see the future by touching a rose.

With that ability, he began to predict a famous actor named Theeruth, where he would have a child from a woman. Hearing the prophecy, Theeruth was furious at Rosita and their relationship soured.

While attending a charity event, Rosita sees herself with Theeruth in the future and it shocks her. At the same time, an incident occurred that endangered Rosita’s life.

Luckily he was helped by Theeruth, who was none other than the man he hated. Then they both lived under one roof and that’s where the problems started.

So, those are the 9 best dramas starring James Jirayu Tangsrisuk which we managed to summarize with various exciting themes in them. Thank you for reading this article, I hope this is useful, and see you in the next article.