In terms of drama, Thailand is not inferior to other countries such as Chinese or Korea. Lakorn or Thai dramas often present unique stories that make the audience curious, one of which is by raising the theme of marriage for revenge and forced marriage.

Drama about fake marriages is always interesting to follow, not to mention the various conflicts that are added to complete it. The storyline also sometimes makes the characters sign a contract (a contractual relationship), other times it’s a verbal agreement.

Well, here are some Thai dramas about the best contract marriages. Come on, just take a look at the list below 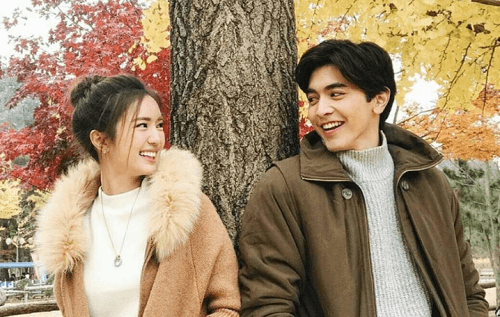 This Thai drama marriage for revenge tells the story of Patsakorn, the only heir to a millionaire who hides his cruel coldness behind his good looks.

When a beautiful girl named Kangsadan, enters his life, he cannot hide his attraction. But his world starts to turn upside down when his father brings home Kangsadan (the girl he likes) and decides that they will live together.

With hatred in his heart, Patsakorn decides to leave his family. After four years, he came back to take it all back, and Kangsadan would be the first person he would take revenge on. 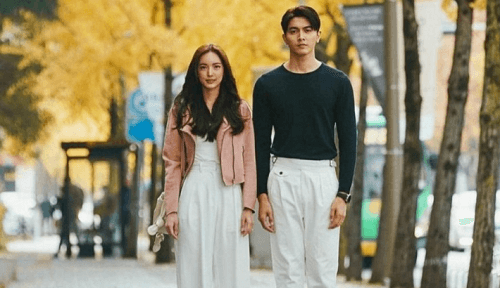 Praomook and Chalantorn fake marriage temporarily to help Chalantorn’s fortune. Chalantorn always thought of Praomook as an ugly duckling and a nuisance, while Praomook always fell in love with him.

Praomook agrees to marry her, vowing to make her fall in love with him in order to take revenge on him, while Chalantorn believes he is manipulative and selfish.

3. My Husband In Law 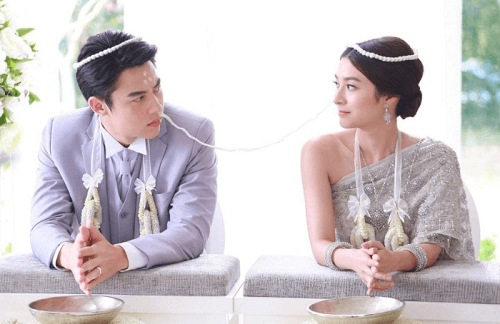 The bright and multitalented Muey lived with Thien, for more than seven years. During that time his crush deepened into love but Thien only noticed him as someone who teased and bullied. He was completely unaware of his feelings. So he resigned himself to loving her from a distance.

Once Thien slept with the wife of a dangerous mobster and now Thien’s life is in danger. To protect her, Thien’s mother arranges a forced marriage with Muey. Muey only agreed to Thien’s safety, but also the opportunity for him to get closer to him. 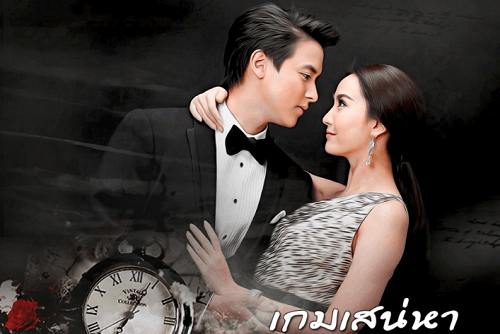 In two years so much happened in Muanchanok’s life. She just returned from studying abroad, her parents divorced, and her father remarried a much younger former beauty queen.

This broken family turns Nok into a jealous and hot-tempered woman who is determined to reunite her parents at all costs. Meanwhile, Lakkhanai starts living at Nok’s house. He has grown from a childhood acquaintance of Nok to a successful top-level manager at his father’s company.

Living with him angers Nok. After being challenged by Lakkhanai, Nok starts a love game with him. However, Nai’s feelings for him are sincere and Nok marries him only for revenge. 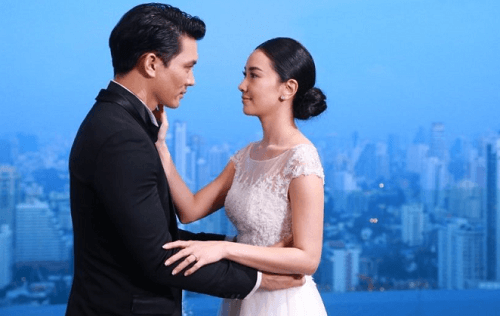 This is a Thai drama marriage for revenge that starts with Yada’s father trapping Chakrit’s father for murder and getting him arrested.

Years later, Chakrit wants revenge on the Yada family. He begins by seducing Yada’s sister, then leaves her on their wedding day, humiliating him and his family in front of the guests. Yada is furious at the man who hurt his family and wants revenge.

Yada and Chakrit fight each other on behalf of their family, both see someone else’s trick. The siblings soon join in, causing a huge fiasco of revenge, often backfiring the perpetrators. 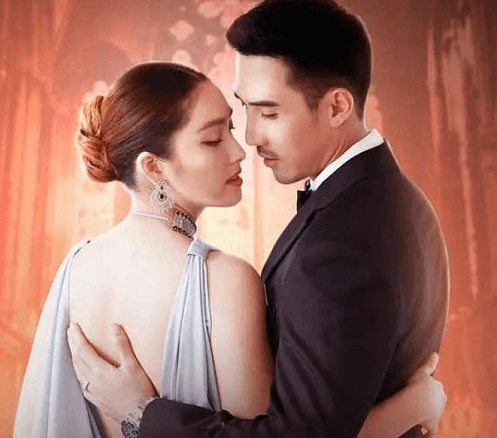 Tells the story of a marriage that begins with a grudge. Ingjan, is a beautiful girl who was almost tricked by her family into marrying an old frog to pay off their debt. Ingjan decides to escape somehow, he meets a young Sichon vineyard owner along the way who helps him escape.

However, he was not as good as he looked at first glance. In order to pay off her family’s debt and protect her, Sichon wants her to marry him. The duration of this arrangement is only one year but the price from both sides is worth it. 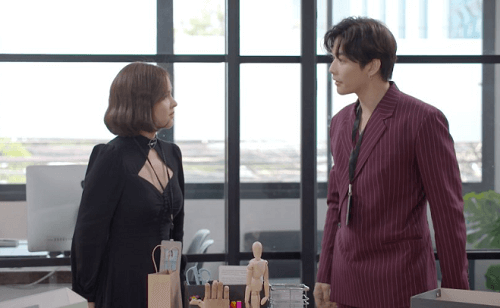 Kimhan and Mookarin are engaged to be married but a tragedy destroys their happiness. Mon, Kimhan’s sister, was found dead and her husband Tada, Mook’s brother, was accused of murdering her.

The case is brought to court and Tada is acquitted with Mook taking the stand as his brother’s alibi and Mon’s death declared an accident. Kimhan is furious that his sister’s killer went free and Mook lied to help free his brother.

Kimhan then vowed to take revenge. He actively molested Tada and broke off his engagement to Mook. In pursuit of his revenge, he causes a lot of pain to Tada, Mook, and other innocent people. 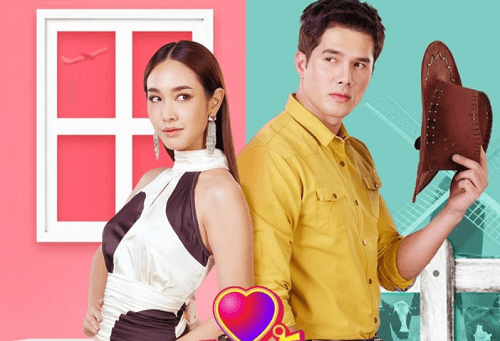 Lisa is a rich and spoiled girl who returns from her studies in England to find her parents in debt. He had to work to pay off his debts. And Don’s mother helped him.

Don is the grandson of a very famous ranch owner. When Don’s grandfather died, he conditionally appointed Don as his successor. To receive the farm, Don had to get married and have children within a year. Otherwise, the farm will be given to his cousin.

Don’s mother loves Lisa like a daughter, so she encourages them to get married. Don and Lisa don’t love each other, they agree to pretend to be married for 6 months. 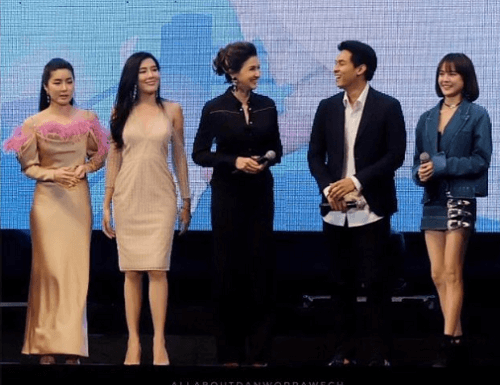 Rawich asked Rakfah to be his wife to prevent his mother from arranging a marriage with him to Pimdeuan.

Little did Rawich know, his mother would not stop interfering with his love life. So when Rakfah moved into the house, the war between mother-in-law and daughter-in-law began.

It tells about Raveet and Pring who are none other than cousins, however, Pring is jealous of Raveet because Raveet has everything. Out of jealousy, they try to take all the good in Raveet’s life. Raveet blames them for his mother leaving. 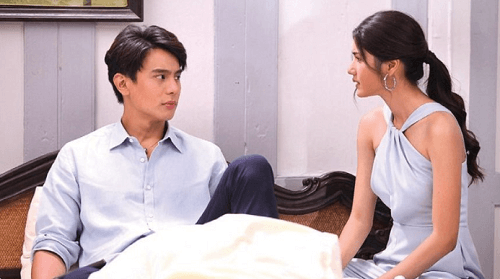 It tells the story of a billionaire heir who lost everything: his parents were murdered, and their company, and property were taken by his aunt and cousin. What could he do but take revenge? He begins by blackmailing Shiva Ratthanarith, the man his cousin loves, about his father’s recklessness and evil deeds. Over time they fell in love. 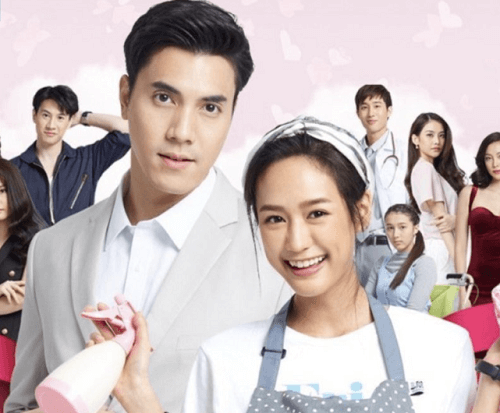 It tells about the arranged marriage Yhod and his friend Trong for their children. However, Yadfa refused, thinking that Tomorn, Trong’s son, was a rural and poor man, who also had a relationship with Bunlaeng.

They don’t make money, only spend Yuanjai money. One day, Tomorn gives his hand to pay off Yuanjai’s debt, so he allows Tawan to marry him as Yadfa. 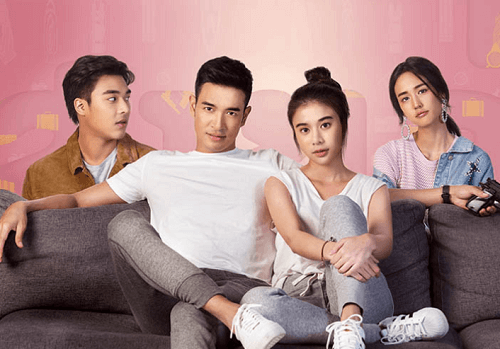 Suam is a naughty girl who has a crush on Danurut, a good policeman, first met him because of his good looks and kindness. One day, he is asked to spy and collect evidence about an influential criminal named Sia Ha.

Thuan believes Danurut’s uncle is part of the Sia Ha gang and suspects Danurut too. Suam gets involved again with Danurut when she has to become his fake wife to keep him out of harm’s way. 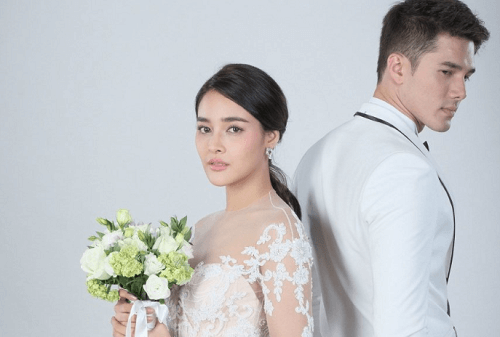 Maysarin is a famous socialite who got engaged to Sarut, but he left her on the wedding day. Kadethaen is a 30-year-old real estate entrepreneur who is waiting for Pinmanee, his bride at the reception of a luxury hotel, but he sees Pinmanee running away from a marriage with another man.

Kade walks to a party on the beach, where she meets Maysarin, who is still drinking her wedding dress alone. They started drinking together and people thought they were a couple, so they followed him and he jokingly proposed to her. After that, they returned to the hotel and spent the night together.