Davika Hoorne Movies and Tv Shows. Davika Hoorne or fondly called Mai is a Thai-Belgian actress and model. Davika Hoorne made her first acting debut in the Thai drama Ngao Kammathep (Shadow of Cupid) and has also starred in several other dramas.

He also starred in many films and one of the highest-grossing Thai films of all time, Pee Mak in the lead role alongside Mario Maurer.

To date, he has starred in many tv shows and movies. To that end, we’ve rounded up the 9 best Mai Davika Hoorne series and movies below! 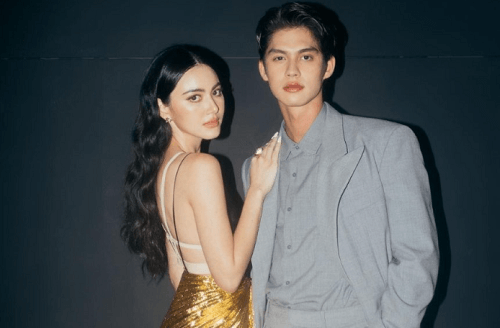 Astrophile tells the story of Nubdao, host of the home shopping program, ‘Wish You Were Home.’ He had always been a strong and hardworking person, but he still felt like he had no life in his life. At work, she faces sexual harassment and she doesn’t make enough money.

One day, Nubdao happens to be reunited with Kimhan, his junior at the university. This pleased Kim and wanted to get recognition from him, but Nubdao showed no sign of remembering it.

They later became close when Kimhan started working on marketing for his show. This one of the best Mai Davika drama list and Bright Vachirawit Chivaaree. Released in 2022 with 18 episodes.

2. You Are My Heartbeat 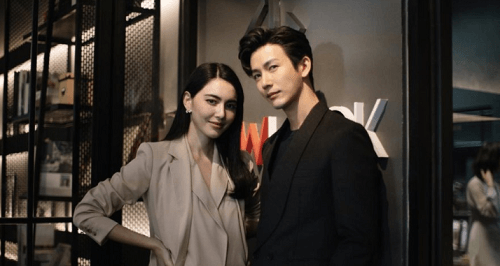 The storyline of this series follows Sira, a hardworking businessman who hates dirt and lies. Sira is the adopted son of Premyuda, the owner of the company where he works.

For some reason, Sira has to deal with Keetika, a cunning, dirty, and messy designer. Sira also has to work really hard to get Sasa, the real troublemaker, and bring her back to work for Premyuda.

He then asks Keetika, Sasa’s ex, to work together just to get Sasa to come to the company without knowing that Premyuda was the reason for their breakup. In the end, Sira and Keetika start to have feelings for each other.

This is one of Mai Davika Hoorne best dramas. It was released in 2022 with 20 episodes and is available on Netflix.

See Also: You Are My Heartbeat Thai Drama Review 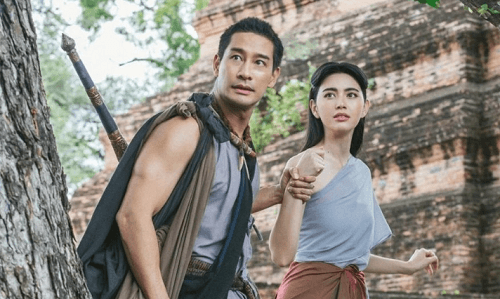 It tells the story of Wan Thong, a beautiful young woman who rises up to fight for her dignity. She then becomes involved with two men in a love triangle that does not lead.

It took her to court because people condemned her for being in a love triangle and not being able to choose who would be her husband.

She is confused, between the man she loves but is not the one-girl type of guy, and the man who only loves her but treats her like an object, who will she choose in the end? It was released in 2021 with 16 episodes. 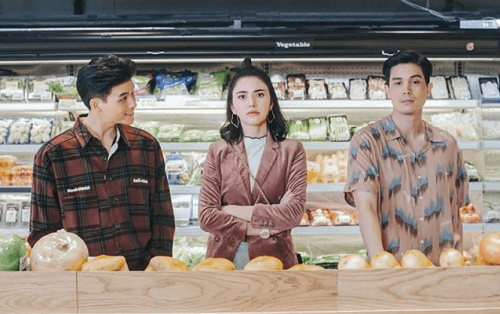 Peng is an emergency room worker who has been in love with for 15 years with Tantawan. But now, Tantawan who has supernatural powers begins to doubt whether Peng still loves him.

Once, they had a traffic accident and Tantawan was seriously injured When he woke up, he lost all his memories.

Then the warm-hearted young apprentice Chalam appears in his life. It reminded him of the same feelings he once had for Peng. Meanwhile, his magical powers with Peng have weakened and Chalam begins to have magical powers that leave him confused about who is a match for him.

During this time, Peng apparently also meets a new girl named Bami, who has a crush on Peng and comes to the hospital as an ambulance driver to get closer to him.

My Ambulance is one of the best dramas starring Davika Hoorne. It was released in 2019 with 16 episodes. 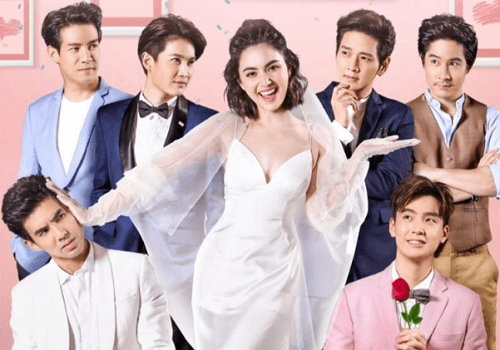 Tells the story of Riam, a beautiful woman who is always unlucky in love. After three failed relationships, she refuses to approach a man again and swears that love and marriage are fake.

One night he gets drunk and returns to his apartment but mistakenly breaks into the apartment of his new neighbor, Ongsa. She was his childhood classmate whom he ridiculed endlessly for having a blotchy face and refusing to help him cheat on exams.

Years later, Ongsa is an established chef with clean skin and no glasses. Although Riam didn’t recognize her right away, Ongsa recognized her and knew which pretty face she was staring at.

The next day, Riam fell during a work meeting due to chocolate cysts, ovarian endometriomas, and fluid-filled cysts that formed in her ovaries. The doctor told me that there are two prognoses. The first is to have surgery, but there is a chance it could come back. The second option is to have a baby, pregnancy lowers the risk.

At first, Riam didn’t think his condition would be so severe, but cancer struck his family, which made his diagnosis even bleaker. So Riam decided he was going to go hunting for a husband and kick potential cancer to the curb. It was released in 2018 with 18 episodes. 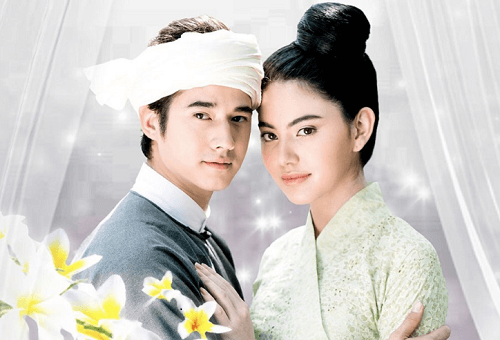 The storyline of this tv show follows Praenuan who is in a phase of heartbreak and is disappointed with love. He then decides to visit his estranged land left by his late father in his will.

There, she finds a magical bed that takes her back to the time when she met Laoperng, whom she later fell in love with. But problems arise when Praenuan’s estranged husband, who is having an affair, wants to reconcile with her.

This Davika Hoorne and Mario Maurer drama was released in 2017 with 10 episodes.

Risa is the illegitimate daughter of Kanin Buraphakiet. He was forced to flee to Trigis with his mother because of his father’s family. In Trigis, her mother married King Ra-Il and now she is Princess Pririsa of Trigis. But behind his happiness, he can never forgive or forget his past.

Seeing his mother suffer the injuries caused by his father’s family actions and how the culprit lives a happy and comfortable life, he decides to return to Thailand and seek justice by posing as Risa, an employee at Buraphakiet.

There he meets Theefob who is very suspicious of his true identity. This Davika Hoorne tv show was released in 2016 with 12 episodes.

This film tells the story of Parn, a stubborn old woman in her 70s. He was no longer having fun, the only pleasure in his life now was bragging about his son being raised alone to become a professor.

One day, she learns that her son plans to send her to a nursing home. While wandering on the street in deep shock and disappointment, he was drawn to a mysterious light and walked into a photo studio called ‘Chaya Lumruek.’

She put on makeup for the first time to take her portrait, but when she left, she was surprised to see herself in the mirror. She saw the white and supple skin and slender figure, she was back into a vibrant 20-year-old young lady again!

Without anyone recognizing him, he sees it as a second chance at life and decides to make the most of his newfound youth which he never enjoyed in his old age. The movie was released in 2016 and is available on Netflix.

Pee Mak is a comedy horror film released in 2013. Tells the story of Mak who is forced to go to war and leaves Nak (Davika Hoorne), his pregnant wife alone.

During the battle, he meets fellow warriors Ter, Puak, Shin, and Aey, who later become his best friends after he saves them from certain death.

Meanwhile, Nak struggles alone with great difficulty to give birth to her baby. She screamed for help, but she was too weak to be heard. Soon, rumors began to circulate in the village that Nak had died in childbirth and was now a ghost with an extremely powerful form that haunted the house.

The war was over and Mak came home, he saw his wife was still alive with a son. But all the citizens see Nak as a ghost, not a human.

That was a list of 9 Mai Davika Hoorne dramas and films that you can watch now. For those of you who are fans of this beautiful actress, you must watch the series she stars in, at least one of them. Thank you for reading this article!