Best Mario Maurer Dramas List and Movies. Mario Maurer is an actor and model of Thai-German descent. He is part of a group called 4+1 Channel 3 Superstars and is also a musician under N.Y.U.Club.

Mario started his career in entertainment as a model at the age of sixteen. Then he rose to fame for his leading roles in the 2007 film, “The Love of Siam” and the 2010 hit film Crazy Little Thing Called Love.

Since 2007 until now, Mario Maurer has starred in many dramas and films. For those of you who are fans of this handsome actor, of course, you want to watch the full show. Well for that we have compiled a list of the 10 best and latest Mario Maurer films and dramas below. 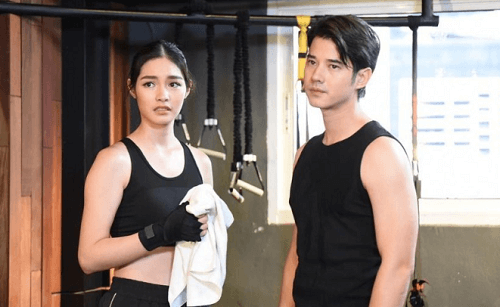 Saikim (Yaya Urassaya) is a special woman who meets poor garage owner Kaokla (Mario Maurer). The two knew each other and then did not see each other for seven years.

However, Kaokla is now Carl Raman, the adopted son, and heir to the business of Asian millionaire Raman. Saikim herself had become the full heir to her father’s hotel business and was no longer the innocent girl Kaokla had met. This drama was released in 2022 with 17 episodes and can be watched on Netflix. 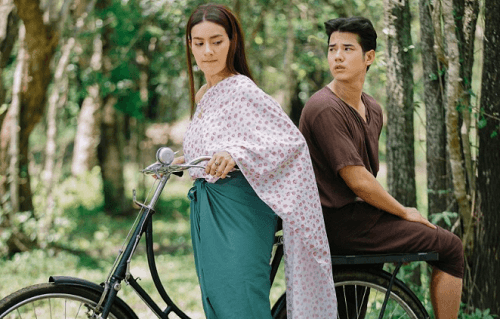 This is a romantic comedy set during the reign of Rama 5. Thong In is an experienced doctor who has treated many people and has a grandson named Thong Ake (Mario Maurer) who wants to become a traditional doctor.

He also studied ancient Thai medicine, but one day, Thong In went into exile after one of his patients died and he was blamed for his death.

Therefore, he didn’t want Thong Ake to become a doctor and go through the same thing. Even so, Thong Ake remains determined to prove himself to his grandfather.

On the other hand, there is Chaba who is a tough and fearless girl. He would rather practice his sword skills than do household chores.

However, after meeting Thong Ake’s grandfather, he became interested in traditional medicine and also wanted to become a doctor. Thong Ake starts teaching her and although they don’t get along at first, they eventually fall in love. It was released in 2019 with 14 episodes and can be watched on Netflix. 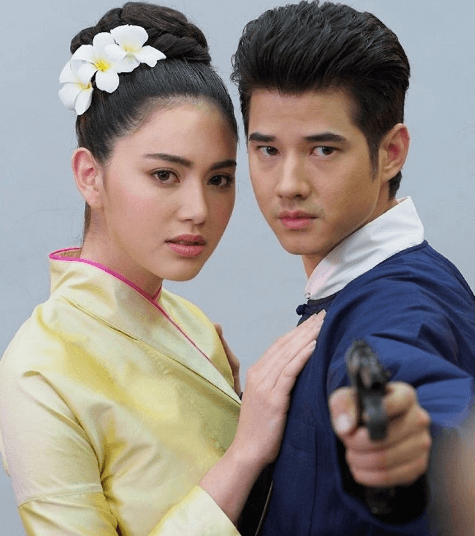 Tells the story of Praenuan who decides to visit his father’s land after being heartbroken and disappointed in love.

There she finds a magical bed that takes her to time travel where she meets Laopern (Mario Maurer), her true love. This drama was released in 2017 with 10 episodes. 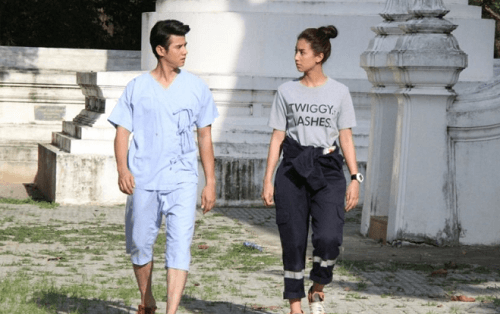 Tharatorn (Mario Maurer) is a grumpy businessman who has telekinetic abilities whenever he gets angry. He also has issues with personalities other than his own which leads him to behave very differently from his main self without realizing it.

In fact, he can’t remember anything and often dreams of a girl when he sleeps and he doesn’t know who she is.

Until one day he met Kewalin and recognized her as the woman in his dream. Kewalin’s presence begins to reveal the mystery behind Tharatorn’s split personality and it turns out that there is another soul from ancient times who also inhabits his body. This Mario Maurer drama was released in 2015 with 12 episodes. 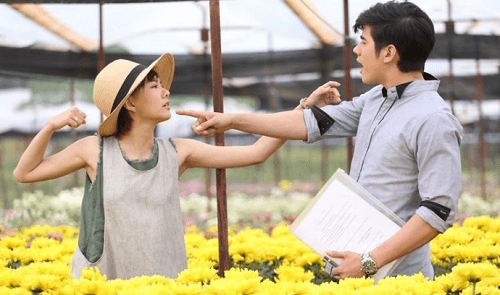 Tells the story of Anawin (Mario Maurer), a handsome, rich, and spoiled man who doesn’t care about anything in his life. His grandfather gave him a condition for his inheritance, in which he had to work for Pudchompoo on his farm for a year while he took care of his family’s company.

Pud is a tomboy who hates lazy and selfish boys like Anawin, but her respect for her grandfather forces her to do as she pleases. Step by step they hate each other developing into love. It was released in 2017 with 14 episodes. 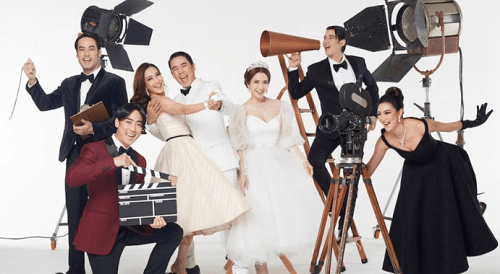 It tells the story of Sudan Singha (Mario Maurer), a hot-tempered director who is a former actor but has talent in the entertainment industry.

In a suspenseful location, a nervous director tries to make a horror film. One unexpected incident suddenly six strangers appeared and caused a stir in the theater.

Dan explains that they are characters from the script left by the deceased screenwriter. It consists of Mr. Suriya, Amara, Amorn, Phupha, and Amorn’s two children who cause a tragedy he never expected. 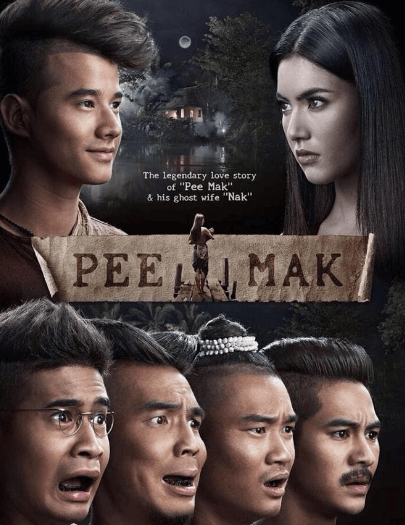 Pee Mak is a comedy horror movie released in 2013. Tells the story of Mak (Mario Maurer) who is forced to go to war and leaves his pregnant Nak (Mak’s wife) alone.

During the battle, he meets fellow warriors Ter, Puak, Shin, and Aey, who later become his best friends after he saves them from certain death.

Meanwhile, Nak struggles alone with great difficulty to give birth to her baby. She screamed for help, but she was too weak to be heard. Soon, rumors began to circulate in the village that Nak had died in childbirth and was now a ghost with an extremely powerful form haunting the house.

The war was over and Mak came home, he saw his wife was still alive with a son. But all the residents see Nak as a ghost, not a human. 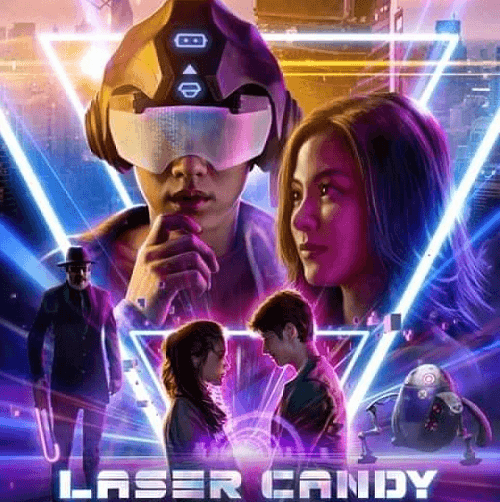 This is a modern love story set in a future where artificial intelligence (AI) buildings are driven by human feelings.

Once, a software glitch occurred that made him have feelings for women in the real world and allowed artificial intelligence to enter a real man’s body.

This movie is also known as Laser Candy which will be released in 2022. You can watch these movies on Netflix. 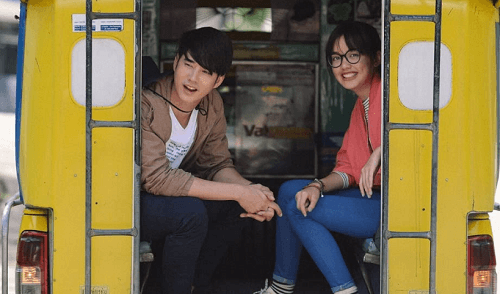 The movie Low Season tells the story of Lin, a girl with special abilities (can see ghosts/indigo) who is heartbroken after breaking up with her boyfriend.

He then goes on vacation to a remote resort in the North in search of peace. But he was surprised when he saw the resort, it was in a bad state with a horror movie-like atmosphere at night.

There was no one there except the resort manager. Even some invisible creatures greeted his arrival in surprise. Until Lin felt scared and ran here and there.

They go for a walk together, Pud turns out to be interested in Lin who can see spirits. Pud poured the incident into his writing and made Lin the main character secretly. Lin and Pud got closer. 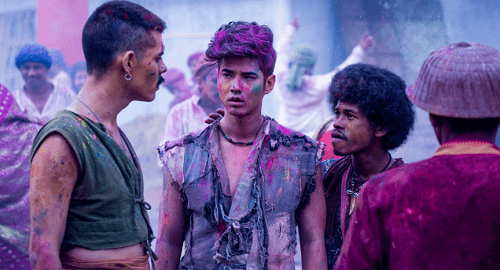 Khun Phaen Begins tells the story of a young man whose life is a mess. He often steals and lives his life just for fun.

Everything changes when he meets a childhood friend he likes. He decides to join the army after finding out the girl likes soldiers and wins his heart.

From Zero to Hero, he has trained himself hard to be ready for battle after learning that the villains are trying to conquer the city.

That was a list of 10 of Mario Maurer latest dramas and films that you can watch on Netflix and other streaming platforms. Thank you for reading this article…