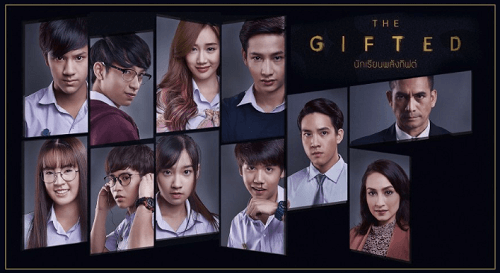 Tells the story of Ritdha Wittayakom High School which has a “Talent Program”. The program offers special classes for a handful of “special” students selected by the school administration.

He sees it as his duty to reveal a dark secret that the school officials are trying to hide from the world.

To be honest, when I started watching this series, I didn’t have much hope for them and just watched the actors but after finishing it and patiently waiting every week for new episodes, I can officially say that this is a good drama.

The story itself is very interesting and very enjoyable for anyone interested in the supernatural. I recommended it to my friend who really loves supernatural shows and he really liked it too.

Plus the fact that the plot is interesting, also quite unique. If you manage to portray it in the right way then it’s a good show.

Acting and cast, there are many famous actors from GMMTV and it’s good because it makes people more interested in the show, not only for the story but also for the actors.

There are also some that are not so well known but then again they get as much attention as others. The cast is the most important thing for a good story.

If the story and script are good but you get some annoying actors, then the show won’t be great. For this series, in my opinion, the cast is one of the best choices.

I usually don’t like it when there’s a lot of dramatic music involved because in most cases it makes the whole thing look cringe, but since the shooting is great, thanks to the director, the music doesn’t take away the nuance but adds to it to the extreme. Regarding rewatching, I don’t think I will be able to rewatch.

Overall, this show is definitely something you can recommend to your friends even if they are not interested in Asian drama series. The story is worth it and fun to watch.