I watched the Game of Outlaw because of the main cast. But I also had high hopes for this drama and they were fulfilled. Come on, see my review for Game of Outlaws below! 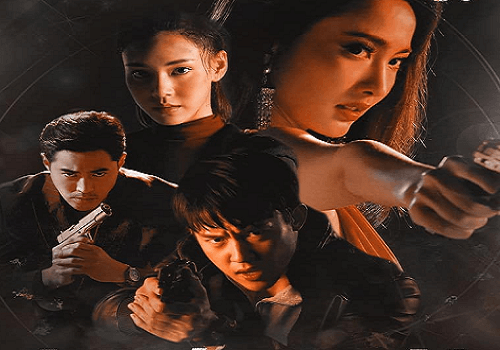 Tells about the life of Jane and Lalisa who lost their respective fathers on the same day. Their father died while serving in the police.

Jane, who was no longer blinded by her parents Lalisa’s mother, adopted her and treated her like her own child.

Over time, Lalisa and Jane have grown up and started to enter the SIC (Special Investigation Center) special training unit.

The two are then sent to train with the handsome Inspector Non. A young police officer who visits the Royal Thai Police and is admired by the commanders in the agency.

Once Inspector Non resigned from the police force because his assistant Darin died in a chase with drug dealers.

However, Commander Kajorn still wants him to continue working and recommends Jane as Non’s new assistant.

Lalisa who really likes Non misunderstands that her sister will take Non from her. Therefore turn against them by teaming up with Captain Phongsathorn, fighting Non to take the job from Jane’s team.

Will Janenaree and Lalisa reconcile or continue the rivalry? Will inspector Non be able to catch the main mastermind behind the drug cartel?

I’m interested in watching this drama because Taew and Mark starred in this, I think the story is okay. But in the end, it’s good to see how the story plays out.

I’m still confused by all the action parts, but overall there’s nothing wrong with the story. It’s ok and a good trip.

I really like the sister competition here! If there’s anything I don’t like about the story, it’s the bit of romance. I wish there was more romance here.

The ending is good, but I don’t know why they made the ending like that. I personally loved the whole ep 19, it was really good. I wonder if they will keep it open or have a season 2.

For the earrings are good, I think all the actors and actresses did great in this! It feels so real and thanks to everyone’s hard work on this.

For the main character acting, Mark always seems to try to win my heart or something. I really think it’s the character. He is a great actor, and so good at playing his character that I didn’t even recognize him.

As for Taew, he’s played that character a few times but this time it’s like half measures or he doesn’t fight. So, I’m very proud and impressed with her acting and that she can do amazing things. 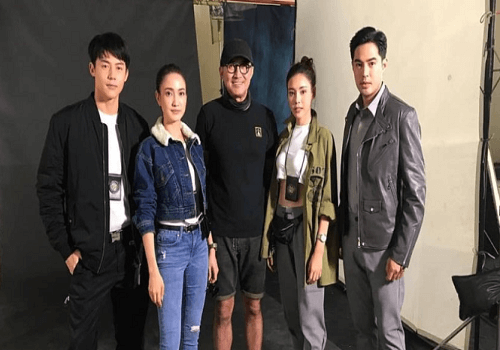 The Cast of Game of Outlaws Thai Drama

Overall, the drama isn’t rushed, drawn out, or boring at all. I enjoy the speed. I actually had very low expectations for this but it left me a bit disappointed. I recommend it because it’s fun. I enjoyed it, but didn’t really like it. !

For re-watch value, I don’t think I’ll ever revisit this drama. My rewatch rate for this is very low. I might watch an episode or two or a scene or two. My score for this series is 7.0/10