46 Days is one of the best Thai rom-com series I’ve watched this year. All the characters are well played and the story is very engrossing because it is funny, relatable, and romantic with a bit of drama pressure at the end. Come on, see my 46 Days review below! 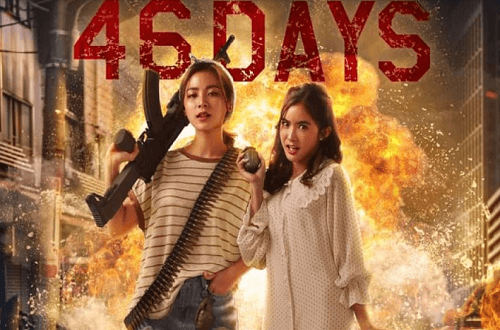 The series tells the story of Ying Ying, an unpopular net idol who is about to lose her luck after being caught red-handed by her fans in a video clip.

Apart from helping himself to survive his troubles, he also needs to help his childhood friend, Noina, who is now his own debt collector.

Noina was told by an astrologer that she will marry this year. Then he started looking around and found Doctor Korn, who is perfect with a handsome face and a great career life. Doctor Korn is the only person who is a match for him.

The only problem is that Doctor Korn is getting married to his girlfriend, Wisa, a princess-like celebrity in the next 46 days.

But it seems Ying Ying and Noina already know that this bride-to-be is hiding a secret that Doctor Korn doesn’t know about.

They then have the mission ‘protect the man and free him from the devil’s bride until it ends with the angel’ ready to begin.

If the mission was successfully completed, Ying Ying would also have the advantage that she would be completely freed from all the debts that Noina owed.

There is another obstacle, however, as Doctor Pat, a close friend of Doctor Korn, is watching their every move.

46 Days is a drama with a romcom in the truest sense. There is a light and funny storyline sprinkled with satire.

It is centered around a cute romance with some angst, sprinkled with family, forged friendships, and important life lessons.

The comedic part of the play is excellent, humor is woven into the story in such a way that it doesn’t “try too hard”. That is a good thing because too much force is not good either.

The storyline was not boring for me during this journey as I witnessed Ying Ying trying to help Noina win her first love in 46 days.

In my honest opinion, 46 Days uses the trope in a truly refreshing way. Love at first sight but with a twist.

It’s actually quite predictable and you can watch events from far away but there’s something about this drama that hooks you in and will keep you watching.

The male lead is cute and soft-hearted. the enterprising female lead who puts her loved ones first.

the cute and warm second male lead. the cute but sometimes tiring second female lead with a growth arc.

The third clue is a caring and annoying antagonist with a plausible redemption arc, a transgender sister who achieves her dream.

46 Days is full of amazing characters that you support or understand and that, in my opinion, is the most important thing when writing a character.

No matter how bad the characters are, the audience must be able to feel the struggles they go through and the motivations that drive them.

I always say that “the characters are only as good as the cast.” A weak cast can’t carry the show and here everything is great.

Jennie always surprises me with her ability to play different roles. Chanon has come a long way since Bad Genius, and I’m not talking about his abs.

Baifern…I can’t put into words how talented she is, how she musters the most satisfying expressions for her emotions. Dan Ploy! Hats off for playing the role.

Overall, if you want to watch something light and funny with good character development, this would be a great series to binge-watch. 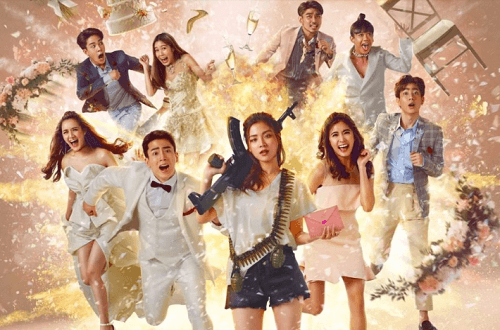 It’s a really beautiful show that totally exceeded my expectations compared to the trailer. In terms of live romance, this is definitely one of the best I’ve watched from Thailand, so I’d definitely recommend it!

Then is 46 Days worth watching? of course. It would provide a pretty good lesson on love & marriage that feels a lot more realistic than most romcoms. My score for this play is 7.8/10