I started this drama with low expectations as it is a 10 min/episode short web drama. But I was surprised by how good it actually was. Come on, see my review of the Chinese drama A Familiar Stranger below! 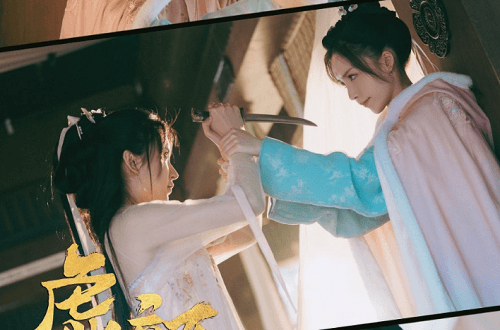 It tells the story of Shi Qi who was framed by Shen Qin, the Prime Minister’s daughter while looking for his long-lost sister.

Shen Qin is about to marry a powerful general, Xiao Han Sheng. However, it turns out that she has fallen in love with another man, Prince Ning.

In a sinister attempt to escape from the wedding, Shen Qin framed the female artiste Shi Qi. Then he used a magician to perform a type of magic that allowed the two women to swap faces.

Shi Qi woke up to the face of the Prime Minister’s daughter. She was also blackmailed by Shen Qin into marrying Xiao Han Sheng.

What was surprising was that he recognized Xiao Han Sheng from his past encounters and quarreled with him.

However, now she had to play Shen Qin’s wife. Things get complicated when Prince Ning also starts taking an interest in her.

It is a drama with a plot that is tightly woven with sinister affairs, murder and intrigue, betrayal, and a breathtaking and passionate romance.

The tense tension culminates in a satisfying fight between the two women in a jaw-dropping twist.

One thing that I keep in mind in this review of the series A Familiar Stranger is not to avoid spoilers so that you enjoy it.

The chemistry between the main couple sizzles with passionate intensity. Feels genuine and very calm in the development of their relationship.

The powerful hook of this romance is the conclusively and convincingly articulated idea that Shi Qi has a unique identity that transcends his physical appearance.

The person who was destined for him could truly feel his soul, the essence of who he was. This was in stark contrast to Prince Ning who lacked insight and did not share the same relationship with his lover.

The second pair’s dark chemistry is also interesting enough to make me root for them. I think all the actors and actresses do a pretty good job and they deserve credit.

Although the story is quite dark, the dialogue is still full of humor and humor. It’s great for relieving tension for a while.

The costumes and settings are beautiful and don’t look cheap. I probably slightly wished it was made into a full-featured drama as there are plenty of other C-dramas that are bad but given more production time than this.

I don’t know much about this drama, but whoever wrote the web series, and original story, and directed the series should be given more projects in the future.

They did a great job and it was so refreshing to find this after a few disappointing C-dramas. For the ending, it might feel a little lacking for me alone, but overall this is still a very good web series. 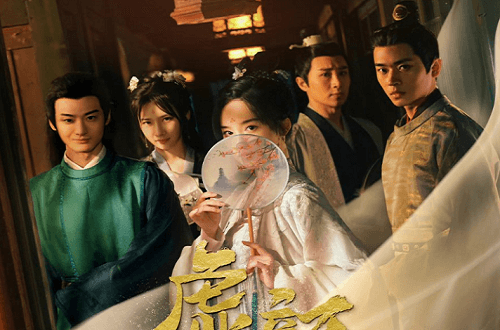 The cast of A Familiar Stranger Chinese Drama

An Qin Fu as Yun Nuo

All in all, this is a total find of a sexy and suspenseful romantic short drama. You should start watching it now, just do it at least once.

Is it worth watching? yes, enough to make me addicted to rate it 8.0. For re-watch value, maybe not yet, and maybe if there is free time!