After a few months of stopping the game halfway through, this is the first one I’ve done. While the story has plot holes, it is incredibly gripping and addicting. Then is this drama worth watching? let’s look at the Unexpected Falling Chinese drama review below! 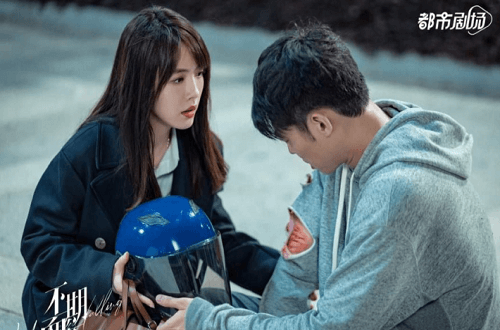 The storyline focuses on Ruan Zhen Zhen a wife who lives happily. She lives a simple life under the protection of her husband who is a financial expert.

But everything vanished in an instant after the sudden death of her husband and forced her out of her comfort zone.

Zhen Zhen was also forced to pay off a large amount of debt herself. Then suddenly, lawyer Gao Jun enters his life which makes him wary.

Zhen Zhen may be innocent, but she is not stupid. He remains wary of sudden intruders and remains skeptical of Gao Jun’s enthusiasm for helping. 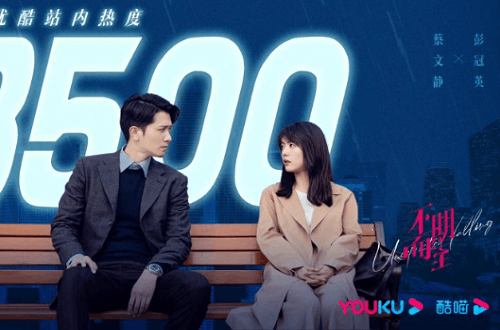 This drama truly lives up to its title, I fell in love with its beautiful cinematography, great pacing, and frustrating chemistry.

It is a very slow romance, which is mostly about the mystery behind the death of the heroine’s husband.

It is not an intense thriller with bloody crimes, but rather the story revolves mostly around big business dealings (namely stock trading and manipulation), and a gradual romance between two people who start as enemies, become reluctant friends, and end as passionate lovers.

For those of you who like to miss, toss and watch the main characters slowly fall for each other even though they know they shouldn’t, this drama is full of all these tropes.

Unexpected Fall does an excellent job of showing the gradual change in two people who are suspicious of one another at first but then begin to invite each other into their lives.

This is not a soft, sweet, and flowery romance, but rather about two characters going through trauma, hardships, and having their own regrets and limitations.

I loved how the drama slowly peeled away the layers of character, while at first, I thought Zhenzhen had a very negative personality.

The drama’s cinematography is beautiful using lots of colors, and darker tones and has a very melancholy atmosphere and feeling.

I love the attention to detail made through his filmography. Certain camera angles are used to make you suspect character identities, and also create narrative tension throughout the series.

There are other clues as well, including character quirks that are consistent with certain plot revelations throughout the drama.

I also like how this drama uses many household scenes eg taking your lover’s coat, cooking food, and tying hair.

Among our main cast which shows how much they want to be close to each other but at the same time have to hold back.

This is a play in which not so much tells the story through dialogue, but visual language – stares, expressions, and lots of stares – is used to communicate with the audience.

The character is quite refreshing, our main character is a very mature and complex personality. Ruan Zhenzhen is one of my favorite female leads at the moment.

She is not a happy or cheerful character, but rather someone who has few friends, broods a lot and has depressive episodes, and is often alone. He is difficult to approach and doesn’t trust people easily.

On the other hand, Peng Guanying perfectly conveyed the expressions, struggles, and guilt he faced as Guo Jun.

Not only does he have great charisma and presence, but you start to suspect him and even dislike him from the first time he appears.

Before finally falling for how protective he is of Zhenzhen. Both play very real characters and personalities, and that’s very interesting.

The background plot and the interesting relationships between the characters are one of the highlights of this drama.

There are many characters who become hateful and contemptible after Zhenzhen’s husband’s death, for reasons including money, jealousy, and bitterness.

There were also other people who showed their loyalty and support to Zhenzhen through her pain.

I also appreciate how this drama uses all of its characters to show the complicated and complicated relationships surrounding their crimes.

However, there are also some things that you might not like about this drama. I don’t think this drama is particularly good for thrillers or plot tension as it tends to lean towards the slow burn approach.

You really have to be patient while watching this show; and I think if you’re not invested in the relationships between the main characters, you might find yourself bored. 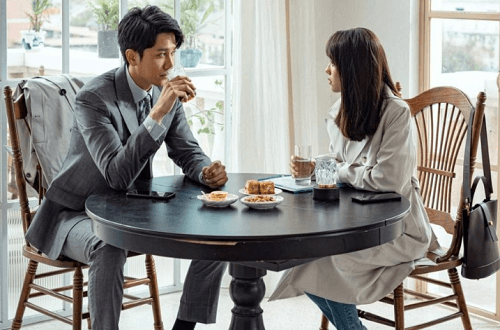 Ling Zi Tong as You Gang

Overall, this drama is a must-watch, I highly recommend this drama for those who want to watch adults. More mature ones about older main characters and those who like darker romance.

It’s not for everyone, given the fact that it seems to market itself as a series about criminal cases and unnatural deaths.

If you’ve come with low expectations and are a fan of the romance between two people that’s been ruined by life’s passing experiences, this will really help. A score of 8.0/10