If you are looking for a mellow, simple, and uncomplicated Chinese drama, Since I Met U is a worthy watch. Although only 16 episodes, the story does not rush. Come on, see my review of the drama Since I Met U below! 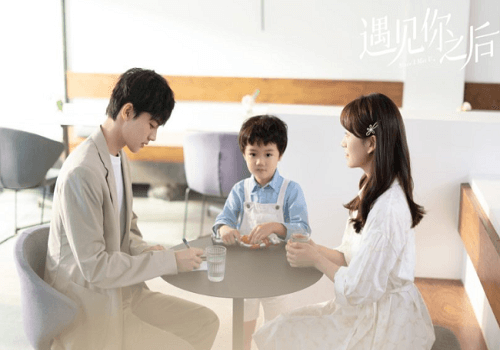 The storyline follows the manager of a dessert shop, Cheng Mu. He has only one wish: to make his shop the best in the business.

Cheng Mu works hard to make that dream come true and is overjoyed when his shop starts to grow in popularity.

But with its popularity, it has caught the attention of snob food bloggers who think more about themselves than the food they are reviewing.

One of them is Jiang Si Han, a wealthy food blogger with a loyal following.

Si Han had come to find out for himself what the fuss was all about. Skeptical at first, Cheng Mu’s delicious dessert eventually wins Si Han’s heart.

Finding himself returning to Cheng Mu’s shop more and more, Si Han couldn’t deny the feeling that rose, every time he was there.

With a heart that loves Cheng Mu more and more day by day, will Si Han find his life taking an unexpected turn?

Since I Met You Ending Explained

Since I Met You have had a happy ending. Cheng Mu proposes to Si Han and she agrees to marry him. He also opened a new shop as part of the Healing Project to provide work for the mentally ill.

On the other hand, Cheng Yu is pregnant and decides to register her marriage with Jing Yang. Yi Hang and Han Xiang Lan also finally came together as a couple.

The final scene is Rui Rui returning to look for Si Han and Cheng Mu when his parents fight again.

Since I Met U Review

If you’re looking for a soft, simple, and uncomplicated C-drama, you’re in the right place.

Even though it is only 16 episodes, the story is not rushed, the main cast has a lot of chemistry, and not to forget the second couple is very explosive.

What I love about this drama is the love and care that the male lead’s sister gives him. And also how he was willing to sacrifice his happiness for his brother.

For a story, the writer should research the topic of depression and anxiety more than what he or she put into the story.

I disagree with the author on many aspects. They made the male lead look like he couldn’t do anything without his sister.

That he feels that he doesn’t deserve love anymore. Many of us who had difficult childhoods know that what we are looking for is love in this life and living each day to survive.

This drama managed to appeal to my emotions with many things that annoyed me and finally finished it.

The thing to note about this drama that is not clear is that the male lead is depressed but it is not very clear in expressing it.

The male lead didn’t tell the female lead. The male lead was triggered when he heard the word “lei zui” which means burden. For all the times that happened.

I was really expecting the female lead to find him and cheer him up but that didn’t happen. Still, it’s one of the sweetest things I’ve ever seen, and just a dose of sugar and fluff is all I need.

It’s far from perfect, but some of its imperfections really add to the fun of this show.

And it’s trying to include some things that usually don’t get mentioned too much in C-Dramas, a little lighthearted, but still a positive step. 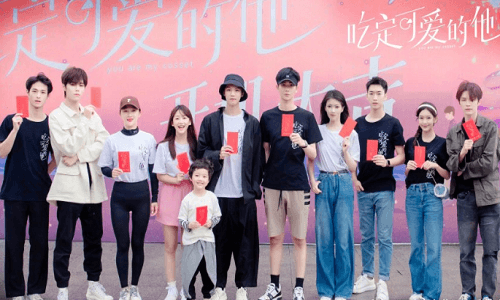 Since I Met You Cast

Overall, this Chinese cooking drama is a relaxing respite from more stressful or overly lengthy ones.

But I don’t rule out that sometimes the drama can be a little over the top and a little slow, like the male lead being afraid of the dark (it’s been done before) or the female lead getting drunk and accidentally kissing the male lead.

But I feel that’s the essence of C-drama. Then, Since I Met U is worth watching? it’s worth trying, at least once for lighthearted and cute drama. My score for this game is 8/10.