The Faded Light Years is one of the many C-dramas that I found on Youtube with a different title and is more popular with a new title, maybe (perception).

So I decided to review it, here below is a review of Taming My Boss Chinese Drama. Is it worth watching as people comment on youtube, let’s see? 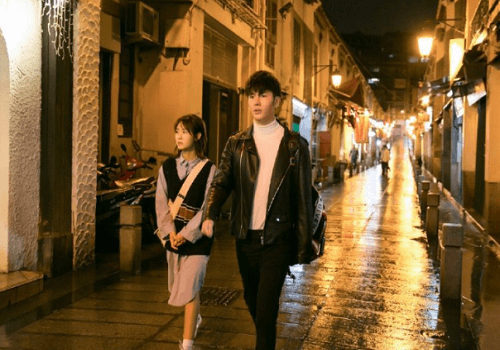 In short, it tells the story of Wen Xiao, a board member of DI Group Ding who works hard to get his company listed to fulfill his promise to his father.

After years of preparation, he had almost reached his desired destination.

The success of the upcoming fashion show with the creations of chief designer DI Mu Ling Shan will determine the fate of the company. But things didn’t go according to plan.

Then Wen Xiao’s life is intertwined with the tailor Yan Xia who has his own little shop called “The Faded Light Years” in a fishing village.

With Yan Xia by her side, betrayal and grudges emerge which unravel the conspiracy behind the company. To Wen Xiao, Yan Xia was like the scorching sun guiding him through the dense fog.

I’m reviewing this drama because I saw very few blogs explaining this and most said it was lacking. However, some comments on youtube said Taming My Boss (fake title) was good so I thought I should review it.

Let’s start with her acting, Xing Fei is a great actress and I like her in many dramas but she may be less interested in me in this one.

The main male had quite a bit of chemistry with her which was great. But I keep wondering if deep down he hates it because it seems like it does sometimes.

The acting from the supporting characters is decent but too tight in some scenes too which makes things really bad.

The story has too many flashbacks which could easily be reduced to just 20 episodes.

The ending is also too rushed. The mother and best friend of the female lead really made me nervous.

Too many conflicts in a row and the plot feels very predictable, like I said it should only be 20 episodes.

Chen You Wei as Yan Dong

Overall The Faded Light Years, maybe recommended only for one viewing, not for re-watching. Don’t waste your time on it. Score 6.5/10.