Best iQIYI Chinese Dramas. iQIYI is one of the best Asian drama streaming platforms and most of the dramas you will find here are Chinese dramas.

For this reason, here we have collected the 10 most popular Chinese dramas on iQIYI, which are certainly popular and the newest in 2023. 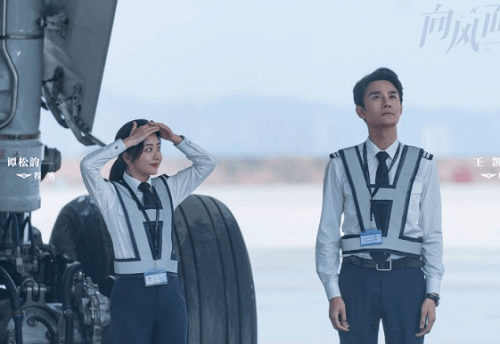 Flight to You ranks first on the iQIYI Chinese series list. The story of the series revolves around the lives of the Luzhou Airlines flight crew and the various situations they have to face in their daily careers.

Cheng Xiao is an aspiring pilot who must learn to get along with her strict instructor, Gu Nan Ting while navigating a male-dominated field where women are looked down upon.

Relying on his skill, strength, and ingenuity, he makes friends and quickly adapts to his work environment.

As they work together in life-changing situations and various emergencies, Gu Nan Ting begins to develop feelings for Cheng Xiao. It was released in 2022 with a total of 39 episodes. 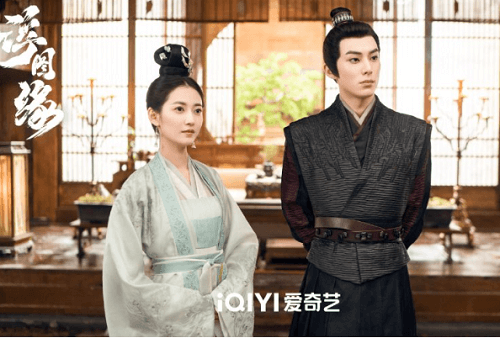 It is set during the Longhua period, eunuch Xiao Duo conspires with Fu Wang to help him sit on the royal throne.

Meanwhile, Bu Yin Lou was supposed to die and be buried with the late Emperor but she was saved by Xiao Duo.

Bu Yin Lou was a woman who was meant to be empress. Because of his status, he should have followed him in death but Xiao Duo saved him because he caught Fu Wang’s attention.

He then lived in the Xiao manor and they grew closer over time. However, they cannot express their feelings because the road is full of obstacles. This iQIYI Chinese drama was released in 2022 with 36 episodes. 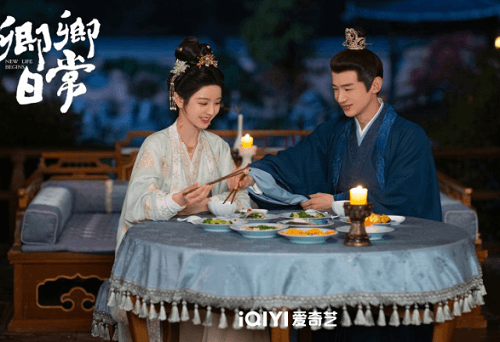 It tells of Li Wei, the girl from Ji Chuan who was chosen by Xin Chuan’s Sixth Young Master, Yin Zheng, during an arranged marriage.

There were 9 river regions in the country and each region was required to send a girl of age to marry one of Xin Chuan’s young masters.

Li Wei actually didn’t want to be elected and wanted to immediately return to his hometown to live in peace. But she accidentally met Yin Zheng.

And finally, a new chapter of Li Wei’s exciting and exciting life as Yin Zheng’s concubine begins. After Yin Zheng got a position in the government, they finally started to know each other.

This Chinese series was released in 2022 with 40 episodes and of course available on iQIYI. 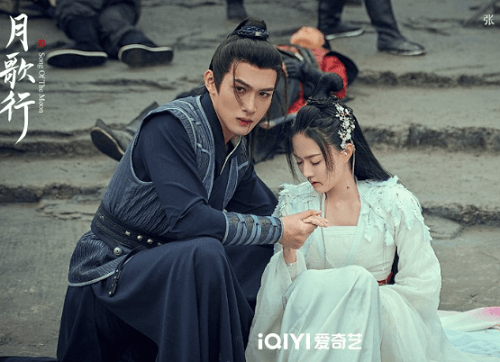 This Chinese wuxia drama story follows young Liu Shao who meets a mysterious man and he trades the future with him for three days for fun.

Originally, he was living a carefree life as an heir until suddenly he had to get involved in a battle between immortals and demons.

Her involvement leads to the disclosure of some romantic entanglements between her and Lu Li, a cloaked immortal shrouded in mystery.

This is one of the best iQIYI Chinese dramas released in December 2022 with a total of 40 episodes. 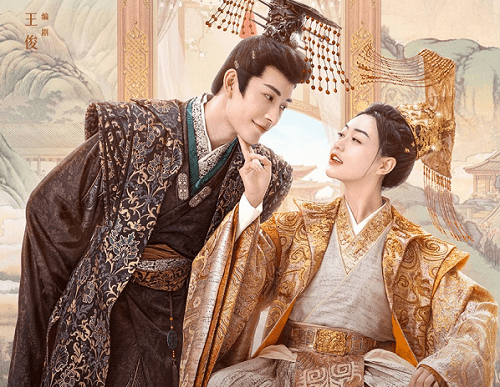 For generations, the cities of Mu Xi and Xuanyue were two cities that had been at war with each other and always tried to conquer each other.

The old city owner Mu Xi only had one daughter, Ye Zhaonan, whose gender he hid from the public secretly so he could inherit her one day.

Since childhood, Zhaonan has always disguised himself as a boy so as not to be recognized by society or enemies.

However, one day Ye Zhaonan fell off a cliff and met Liu Xuanming, the lord of Xuanyue City, and embarked on a beautiful destiny.

Released in 2023 with 24 episodes and became one of the popular C-dramas on iQIYI. 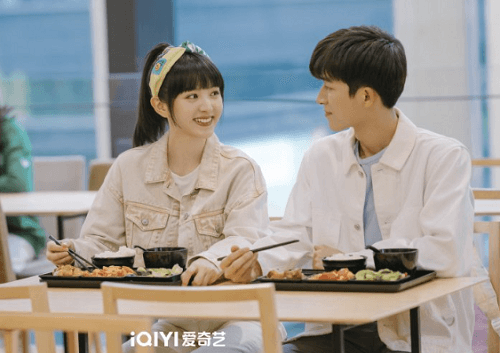 Lu Wan Wan is a sophomore in the Clinical Department of Tsingyao University School of Medicine. Once she got drunk and got involved in a scandal with Ren Chu, a bright student at the same school.

To quell the outbreak of this horrendous scandal, the two of them agreed to devise a strategy to dispel gossip. In the process, they find a solution and gradually develop a good impression of each other.

With Ren Chu’s help and guidance, Lu Wan Wan overcomes her shy personality and strives to become a qualified medical student. Unknowingly, both influence each other and become better selves.

First Love is an iQIYI Chinese drama that was released in 2022 with 24 episodes. 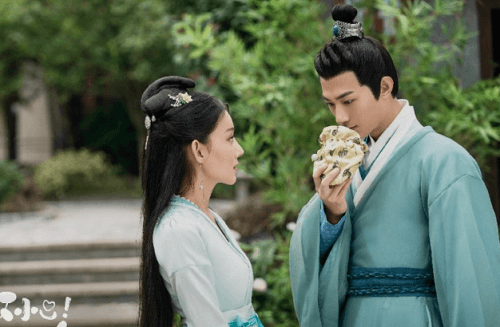 Tells about An Kong, a spy girl sent by the rebel prime minister. He received the tough task of stealing the southern border defense map from General Dingnan, the East Rui Kingdom’s god of war.

To carry out her mission, she sneaks into the general’s home disguised as the general’s personal maid. But in the process, she falls in love with a loyal and patriotic general.

This is a short Chinese web drama on iQIYi released in December 2022 with 31 episodes.

8. She and Her Perfect Husband 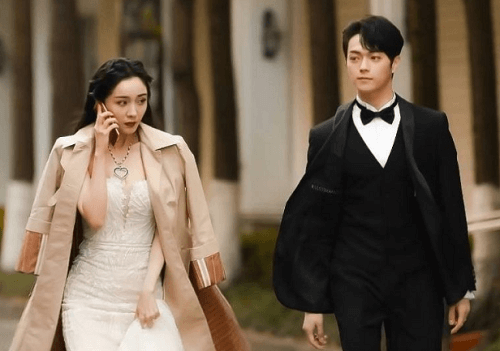 She and Her Perfect Husband tell about Qin Shi, a Lawyer who is focused on his career, but his parents are in a hurry to marry him off.

Top law firm Cheng and Hui is currently recruiting lawyers who specialize in family affairs, and one of the conditions is to be married.

Qin Shi, who knew nothing, was then hired by the company. Her outstanding performance earned the approval of the founder Lao Jin.

In a meeting with partners, Lao Jin recommended Qin Shi to become a legal adviser to the Women’s Entrepreneurs Association.

It was then that Qin Shi realized that there was a misunderstanding and tried to clarify the situation to Lao Jin but at this time her “husband” Yang Hua appeared.

This is one of the best iQIYI Chinese dramas released in 2022 with 40 episodes. 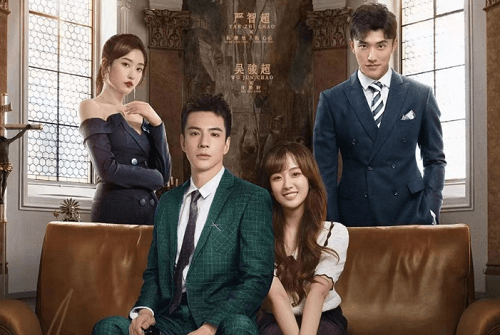 Ren Hao Ming is the respected eldest son of the Ren Family. He had a life that everyone would envy until he was hit by a car and lost his eyesight.

Now he is blind and needs help with the simplest tasks, like eating and bathing. He later married Ruan Qing Tian, but their relationship was more like master and servant.

However, as time goes by, the two begin to fall in love. It was released in 2023 with a total of 15 episodes 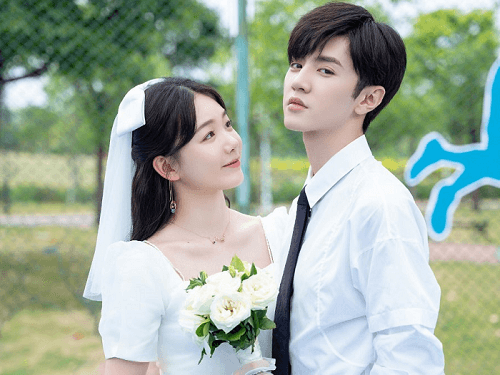 Our Secrets is an iQIYI Chinese drama that tells about Ding Xian and Zhou Si Yue’s youthful love that spans a lifetime from high school to university.

Zhou Si Yue is a superior yet unruly campus god and genius. He sits friends with stubborn and adorable “Cinderella girl” Ding Xian.

Although they can’t stand each other at first, they appreciate each other’s strengths in everyday interactions, thus becoming lifelong friends.

This is one of the best Chinese college school dramas released in 2021 with a total of 24 episodes. This is also one of Chen Zhe Yuan best dramas as the main character.

Those were the 10 newest iQIYI Chinese dramas for 2023. You can watch them now and enjoy entertainment to your heart’s content. Thanks for reading this article, have a nice day!