High School Series and Dramas are very popular among people. We have a list of the 12 Best Chinese High School Romantic Dramas that you must watch. The series is full of passion, humor, a love triangle, and jealousy.

High school or college is a time in life that no one will ever forget, and there’s something really fun about watching Cdrama characters go through the trials and tribulations that come with this phase of adulthood. Let’s look at some Chinese School romance dramas below. 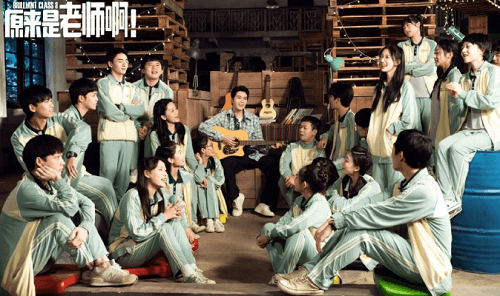 This school Chinese drama tells the story of Xiang Dong Nan, a celebrity so popular that he reached a point in his career and was blinded by bad rumors that ruined his career. She is tricked by her assistant Lin Sheng and the high school principal into becoming a teacher under the guise of a fake reality show, as a plan to restore her image. 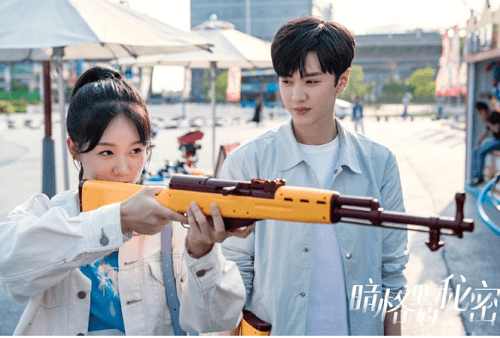 Ding Xian and Zhou Si Yue’s youthful love lasted a lifetime, from high school to university. Zhou Si Yue was a superior and unruly campus genius and god. He befriends the stubborn and adorable “Cinderella girl” Ding Xian. Although they can’t stand each other at first, they come to appreciate each other’s strength in their daily interactions, thus becoming lifelong friends on their journey through youth. 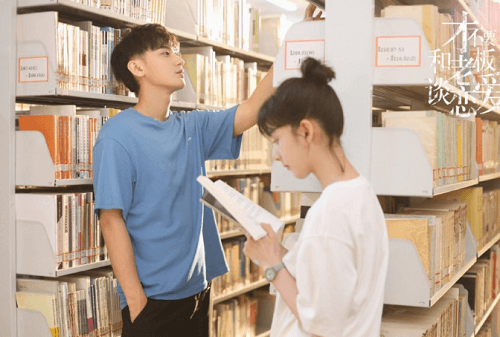 Qian Wei should have been on his way to establishing himself in his career at the age of twenty-eight. However, working as a paralegal for Lu Xun so far has proved to be quite extraordinary. Holding a grudge stemming from their days as students, Lu Xun had made sure Qian Wei’s life was nothing more than a living hell. But when Qian Wei falls victim to a tragic accident, everything changes.

4. Somewhere Only We Know 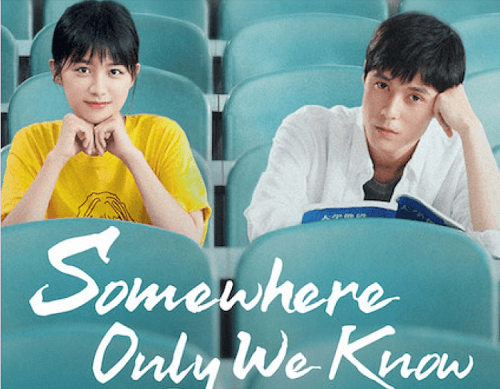 It tells the story of Mu Cheng He, a Ph.D. candidate in Physics who found third-year student Xue Tong cheating on an English exam. This is the beginning of a disciple’s hatred of his teacher. But over time, Xue Tong discovers Master Mu’s true character and secretly loves him. 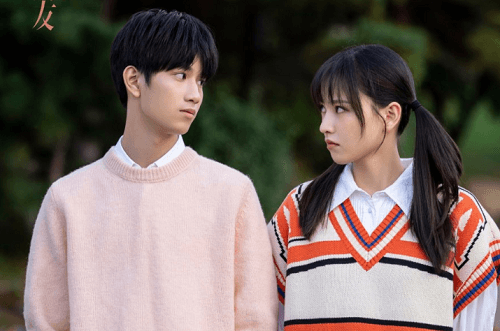 Yang Yi Shan, a boy who grew up in Shanghai, runs away from his aunt in pursuit of freedom and goes to a school in the northeast far away from Shanghai. For a while, it was difficult to adapt to life in the northeast, but with the help of the warm northeastern girl Zhao Duo Duo and her friends, she was finally able to adjust to the strange place.

6. A River Runs Through It 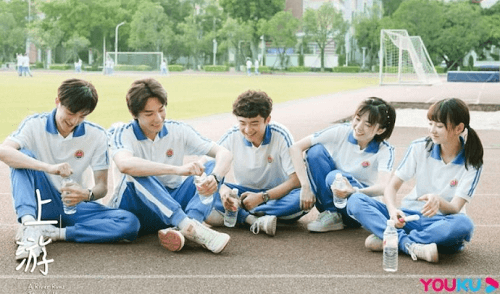 Xia Xiao Ju transfers to a new school right before the national college entrance exam and this is not part of her plans. But when life demands that he does that, the only thing he can do is try to do his best. Feeling completely disoriented in his new environment, adapting is very difficult; but when a misunderstanding brings an unexpected group of classmates into his life, things for Xiao Ju finally start to show.

7. Shining for One Thing

It tells the story of Lin Bei Xing, a young woman, about to enter her 30s, who suddenly discovers that her life goes awry when her fiancé, Zhan Yu, whom she has loved since high school, cancels their engagement to date her. Friend.

Hoping to relive the memories of their love, Lin Bei Xing invites Zhan Yu to return to their high school in their old school uniforms for a day. While waiting for Zhan Yu in the rain, he activated his old cell phone and subconsciously returned to the past.

8. Put Your Head on My Shoulder 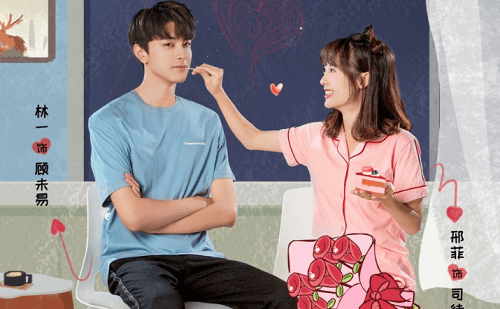 Situ Mo is a graduating student. As someone who is used to having his entire life planned for him, he is confused about his future and cannot find the courage to make decisions for himself. Since the school district had merged, the physics major Gu Weiyi barged into his life. They clashed repeatedly without realizing that they were slowly getting into each other’s hearts.

9. A Love So Beautiful 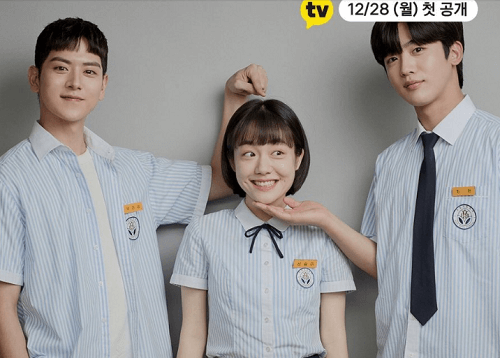 The story follows a student’s love triangle in high school. Cha Heon is a handsome, intelligent, and cold student. Actually, he is someone with a warm heart but can’t express himself well.

Shin Sol Yi is a bright and cheerful 17-year-old girl who has a crush on Cha Heon. He openly professes his love for Cha Heon constantly.

Woo Dae Sung is a talented swimmer who transfers to Chun Ji Middle School and falls in love with Shin Sol Yi. He hides his feelings for her and quietly stays by her side. 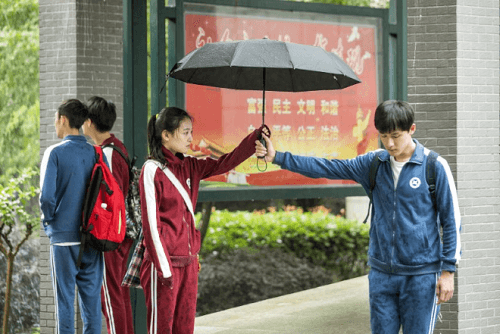 It tells of Zhao Qiao Yi and Yan Mo being high school classmates, but the only thing they have in common is the desk they share in class. One of the best students, the other a complete failure, the two were very different, however, it didn’t take long for a strong bond to form between them. 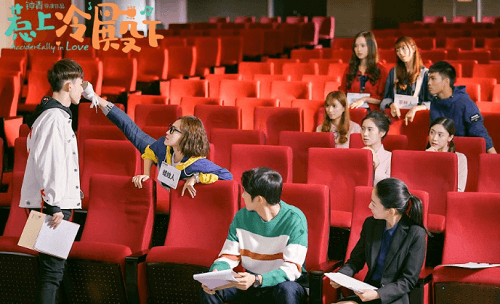 Chen Qing Qing, the heir to a rich family, desperately wants to avoid an arranged marriage and find love on her own terms. On the day of her wedding, she flees the city and goes to enroll in the same college where her parents studied, hoping to find out more about their deaths. In an attempt to hide his true identity, he changes his appearance and begins to mingle with his classmates. 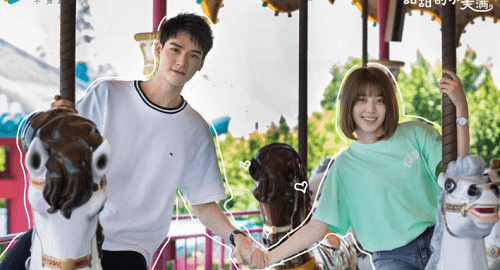 Zhou Xiao is the favorite among his friends. A university literature student with a penchant for detective novels, he spends his lost days in the pages of his favorite mystery, always eager to find out what happens next. With her love for stories like that, it was no surprise when she found herself falling for one of the university’s forensic science majors.

That’s a list of the Best Chinese High School Romantic series and dramas that you must watch. There are many interesting stories from the dramas that I have mentioned above. You can follow various themes and storylines very casually.