Meanwhile, Xianxia is a genre that focuses on the story of the three realms, the heaven realm, the human realm, and the underground realm.

In this genre, the protagonist gains knowledge of martial arts from internal energy, magic, moves and has an obsession to develop immortality, it is obtained from the influence of Taoism.

There have been many Wuxia and Xianxia TV series airing over the past few years. All of them received a very good response and rating. Here are my picks of the 22 best Wuxia series ever.

The Best Wuxia Series and Xianxia Chinese Dramas Ever 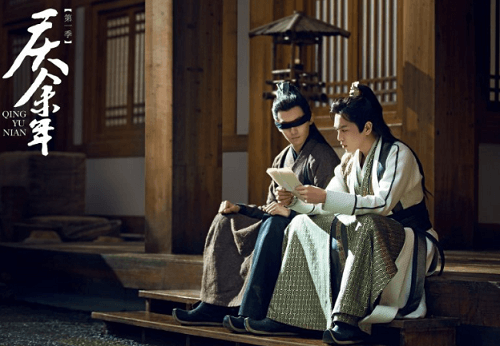 Fan Xian was born in the ancient kingdom of Southern Qing with 21st century memories. He lives in a rural town as the illegitimate son of the Minister of Finance, raised by his grandmother.

His mother, Ye Qingmei, was a famous inventor and founder of the Overwatch Department, the nation’s spy network, but was killed shortly after her son was born.

From then on, Fan Xian was protected by the blind martial arts expert, Wu Zhu, his mother’s bodyguard and learned martial arts and poison arts as a child.

After an assassination attempt, he decides to venture into the capital to find out more about his mysterious mother and why anyone would want to kill her. 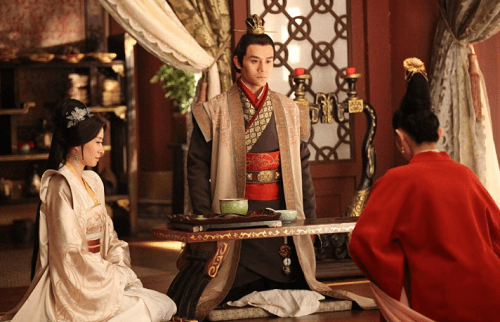 In sixth century China, Emperor Liang the Great ordered the unfair execution of his brother-in-law Marshal Lin Xie, along with the Lin family, 70,000 soldiers, and Crown Prince Qi.

The survivor of the massacre was Lin Xie’s son, Lin Shu, who secretly underwent medical treatment and changed his name to Mei Chang Su. He also changed his appearance which left him in a weak state.

Twelve years later, Mei Chang Su returns to the capital with a secret plan after being sought out by Prince Yu and Prince Xian during the struggle for the throne. 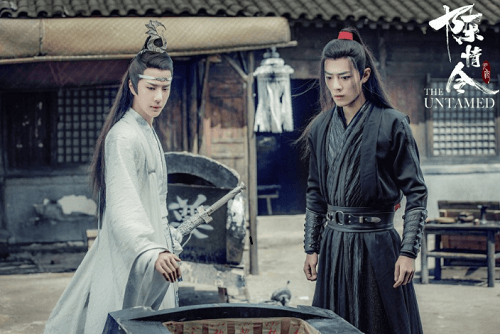 Wei Wu Xian and Lan Wang Ji, two talented disciples from a respected clan, meet during training and accidentally discover a secret that has been hidden for years.

Taking on the legacy of their ancestors, they decide to rid the world of an ominous threat. But in an unexpected turn of events, Wei Wu Xian died.

Sixteen years later, Wei Wu Xian is revived through a ritual of self-sacrifice. He hides himself behind a mask and assumes the identity of the summoner.

Soon, Wei Wu Xian reunites with Lan Wang Ji and they begin to work together to solve the mysteries of the present and uncover the truth behind events in the past. 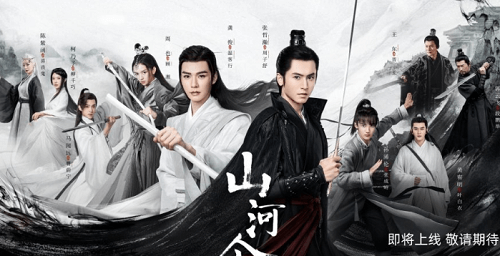 Word of Honor tells the story of Zhou Zi Shu, the leader of the assassination organization The Window of Heaven performing a mandatory departure technique to enjoy the three years he has left to live.

He disguised his face and tried to live out the rest of his days as a drunk wandering the world of martial arts.

Three months later, he meets the mysterious Wen Ke Xing, who immediately notices Zhou Zi Shu’s face. The two then become entangled in a conspiracy regarding the Glazed Armor, the protected legendary key to a powerful arsenal. 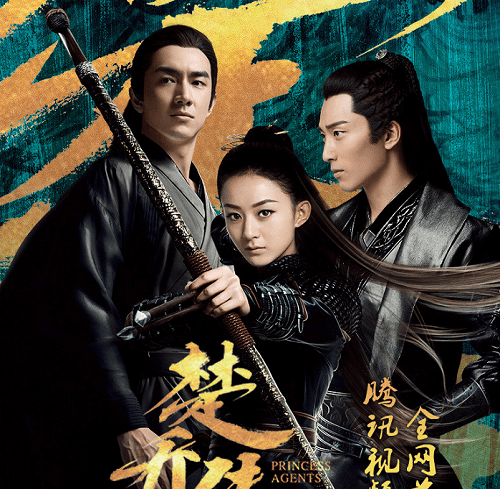 This drama focuses on Chu Qiao’s life beliefs and her struggle to survive in a cruel and unfair world.

Chu Qiao, the slave girl that Prince Yanbei saved when she was banished to the forest and became the target of a rich noble’s hunt. After that, he was brought to the Yu Wen family and witnessed their bloody power struggle. 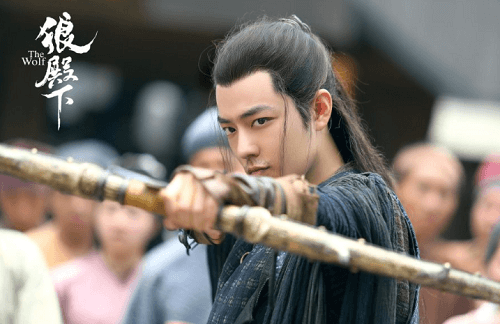 The story follows a boy raised by wolves who falls in love with the young Ma Zhai Xing, the daughter of a general and noble. Accused of killing the god Emperor’s brother, the boy was hunted down, driven off a cliff, and then saved by King Chu Kui.

Hearing about the extraordinary strength of the wolf cub, King Chu Kui decided to adopt him. The wolf boy changed his name to Chu You Wen and bestowed the title “Prince Bo” on him.

Eight years passed, Prince Bo then met his childhood sweetheart. Because his family members were victims of the massacre, Prince Bo refrained from admitting his true identity even though he still loved him. 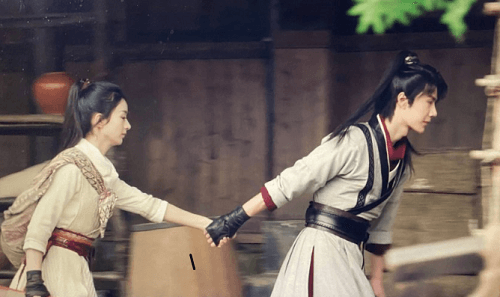 Zhou Fei is the grandson of a national hero who was forced to become a bandit to serve the greater good. For 20 years, he was locked up in his birthplace.

Bored, he wanted to run away and repeatedly tried to escape until he almost drowned. Luckily he was saved by a free-spirited young martial artist named Xie Yun. The duo forms an unlikely friendship and decide to hone their fighting skills together. 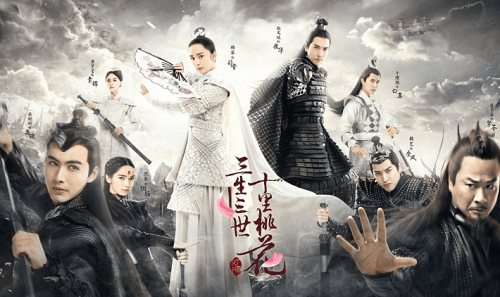 This drama tells of the Nine-Tailed Fox Bai Qian, the youngest daughter of the Fox King, who is brought to Kunlun Mountain to become a disciple of the God of War, Mo Yuan. While studying there, a war broke out which caused Mo Yuan to sacrifice his life to seal the demon lord.

Seventy thousand years later, Bai Qian also tries to sacrifice herself to reseal the demon lord but is instead thrown into the mortal realm where she loses all her memories and divine powers. 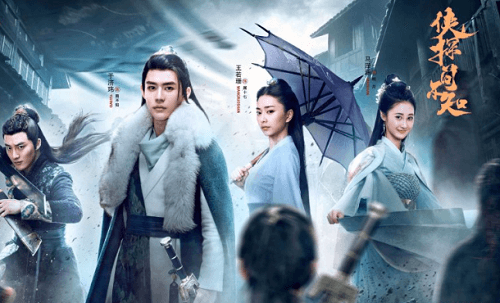 The story of this Wuxia drama follows amnesiac detective Jian Buzhi who embarks on a quest to find the truth and unmask his father’s killer. Along the way, he finds a love interest and a good friend who works with him to solve mysterious cases. 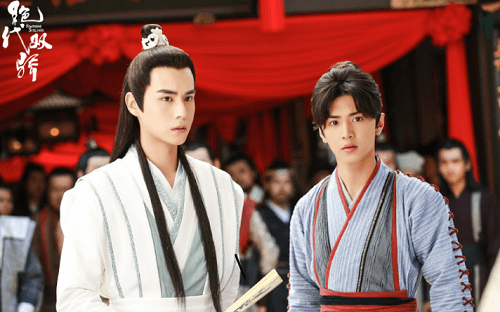 This best wuxia series tells the story of twin brothers who were separated at birth but grew up to become supreme martial artists.

Raised to get back at each other, they soon found themselves to be the best of friends. Together they vow to take over the world of martial arts and seek their true identity.

That was the recommendation for the best wuxia series and Chinese drama Xianxian. Leave me in the comments section below which drama you would like to watch.