One And Only is the second drama I watched after Love In Flames Of War. A little late, but that’s okay. After watching 24 episodes of One And Only, I think this is a good drama. Well, let’s follow my One And Only review below to find out if this Chinese drama is worth watching! 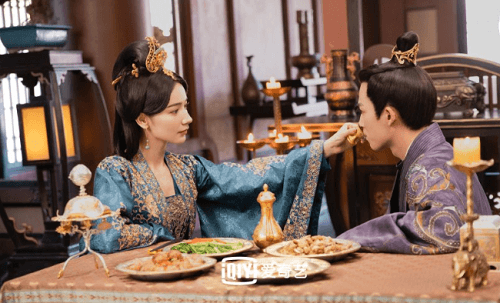 Zhou Sheng Chen was an accomplished general who had a strong army in the Western Countries. His government constantly aroused suspicion in the central court, they feared he would stage a coup and usurp the throne.

In order to prevent political turmoil during the turbulent period following the death of the previous emperor, Sheng Chen swore allegiance that he would never marry and have children. Therefore, he did not have much reason to occupy the royal throne.

He also preferred to ensure stability, agreeing to accept Cui Guang’s nephew, Shi Yi, as his disciple because the Cui clan was close to the imperial family.

As Shi Yi spends more time with her teacher Sheng Chen, they begin to fall in love with each other but have to hold back their feelings because of their respective principles and responsibilities.

Shi Yi had also been engaged to Crown Prince Zi Xing but as time went by, his uncle asked for the engagement to be annulled due to political changes taking place within the palace.

Zi Xing now felt dissatisfied and angry that he had no real power in the palace. Together with the emperor’s unwanted concubine, he begins to carry out his plan to seize power. This threatened to ensnare Shi Yi and Sheng Chen in a power struggle once again.

One and Only Chinese Drama Ending

One and Only ends on a sad note. In the end, no couple can stay together. In Episode 23, Jin Rong and Zi Xing brutally kill Sheng Chen.

The two of them work together to capture Sheng Chen at the victory party and hold him hostage in exchange for the child emperor’s life. When they tried to fight freely during the trap, Xiao Yu was also killed.

Shi Yi was grieved to learn about Sheng Chen’s passing. While incarcerated, he wrote a note saying that the only person he had ever let down was himself. 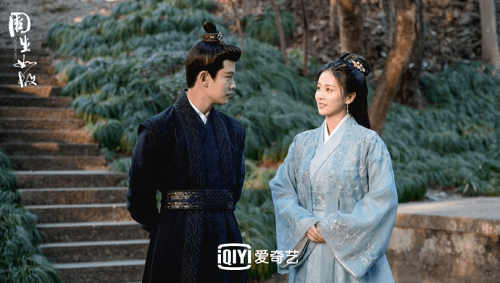 One and Only Chinese Drama Review

When the journey is more beautiful than the conclusion. This drama has the most beautiful, most touching, and most heart-wrenching love story…

The story is not out of the box, nor is it extraordinary but unexpected in terms of execution. The dialogues are cleverly written and definitely show some wit!

The storyline is very good, expanding and extensive, you will find it at every point of the episode and it is never boring and once you start you will be drawn into the story and continue it until the end … although the ending of this drama is very tragic and makes you shed tears watching it I am satisfied with the ending because the criminals are cursed as well as punishment for what they have done…

This drama has many sweet moments between the two main characters ” Zhou Sheng Chen and Cui Shi Yi although there are no very romantic scenes but everyone, smiles, hugs and attention to each other is able to melt and thrill while watching it. … Their love is so sweet, sincere strong and pure This is so real!

So is this really tragic, answered with an answer in answer. A tragedy that has some fun moments and lots… even sprinkled with a few funny memories.

Likewise the sweet relationship between teacher and family, or with military advisors and between their brothers and sisters is very deep, harmonious and strong, they look at each other like brothers and family themselves, love each other, take care of each other. others and make me very special, love and admire their beautiful relationship.

The acting between the two main leads is simply amazing and perfect in this drama….

Allen Ren plays the character of Zhou Sheng Chen perfectly and admirably, he is a manly, handsome, strong, wise and highly adored figure by his people. He does not pursue wealth, does not pursue the throne and is infatuated with women, Cui Shi Yi who is unable to melt hearts. He was a patriot who was willing to sacrifice himself for the peace of his kingdom and the welfare of his people.

Bai Lu, not only manages to show all of Cui Shiyi through her expressions but also develops her character throughout the show.. which is not sudden but with different phases, not only her style change over time but also how she becomes more mature, and wise.

Apart from the main cast, I really liked some of the side characters. The depiction of friendship and loyalty is what I love after my favorite love story. 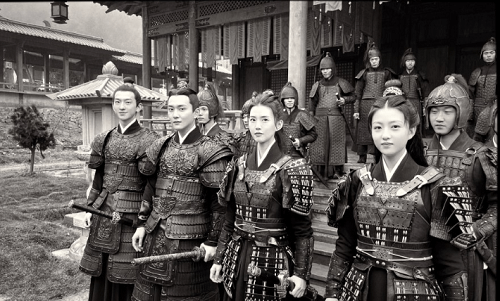 One and Only Drama Cast

In my opinion, this Chinese historical romance drama is really worth watching. This is definitely a good drama for those looking for a slow but beautiful romantic story.

But remember to prepare lots of tissues beforehand, this drama will take you on a rollercoaster ride and a tragic ending.

If you don’t mind crying while watching a tragic drama, watch it since there is a deep longing and an unadulterated love that will have you anticipating the next installment.