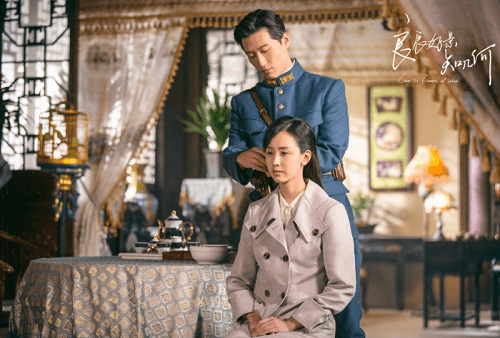 Title: Love In Flames Of War (良辰好景知几何)
Episodes: 43
Release Date: April 30, 2022
Genres: Historical, Romance, Drama
Country: China
Images Credit: Mydramalist
Original Network: Youku
Summary: This Chinese drama is adapted from LingXi’s original novel “Love in a Fallen City”. It tells the story of Xiao Bei Chen, the son of a war commander, who has a rebellious temper, and Lin Hang Jing, the daughter of an imprisoned Minister, who is in despair and experiences some misunderstandings.

During the chaotic period of the early 20th century, warlords were divided and fought each other for control of various territories.

Lin Hang Jing is the daughter of a minister who was imprisoned for fighting a warlord.

To keep him safe, he goes to his father’s friend Xiao Hai Shan, in the city of Beixin. There, Xiao Hai Shan accepted her as his goddaughter and provided protection in his home.

Xiao Hai Shan’s eldest son, named Bei Chen, was a person who had the luxury of playing around because of his father’s position.

Therefore, Xiao Da Shuai sends his son to a military academy to train him, and Qi Yi Niang promises to hook him up with Hang Jing when he graduates.

After five years of hard work, under the strict training of the instructors, Xiao Bei Chen, who suffered in the war, grew from a chaos demon lord to an iron-blooded warrior.

After returning from training, Bei Chen helped his father clean up the army and wanted to propose to Lin Hang Jing. But suddenly she finds out that Lin Hang Jing has fallen for the hot-blooded young Mu Zi Zheng.

Due to Lin’s father’s sudden pressure, Xiao Bei Chen and Lin Hang Jing agree to marry in order to save Lin’s father.

After marriage, the two of them experience various difficulties, ranging from isolation to growing affection. However due to a misunderstanding, Hang Jing disappeared in the fire.

After seven years of separation, the Anti-Japanese War broke out. Lin Hang Jing, who had joined the patriotic organization, returned to Beixin. He then persuaded Xiao Bei Chen to unite against the Japanese.

On the other hand, Mu Zi Zheng became a Japanese dog and eagle because of his mother’s illness. He repeatedly hurt Xiao Bei Chen, Hang Jing protected Bei Chen. In the end, the two resolved their misunderstanding and joined hands to protect their homeland. 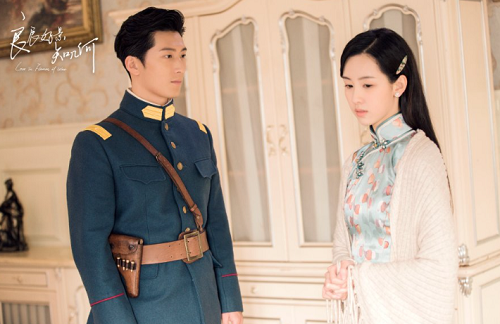 Love In Flames Of War has an open ending. In the last episode, the war with Japan intensified. Bei Chen remained in the city of Beixin and led the Ying Army against the Japanese.

It’s only a matter of time before this city falls. Hang Jing wanted to stay with Bei Chen until the end. So instead he drugged her and arranged for someone to send her overseas. By the time he woke up, he was already on a ship bound for London.

As a result, she didn’t have the chance to tell Bei Chen that she was pregnant with their child. Shu Yi left with the orphanage children before the city fell.

He made Zi Jun promise him that he would return from the war alive. However both Zi Jun and Wei Yi and Du Heng died in battle with the Japanese troops. Bei Chen’s attempts to defend the city of Beixin failed but there was no news of what had happened to him.

6 years later, Hang Jing and her son are still living in London. He had faith that Bei Chen was still alive. A 6 month old newspaper from China ran a news article about the May 4th Movement and a picture of Bei Chen can be seen in the photo.

With that, Hang Jing decided to return to China to look for him. The final scene shows Hang Jing and her son on a boat bound for China. He tells his son that they will surely be able to find his father and the drama ends there.

Love In Flames Of War Review

Love In Flames Of War is a pretty good drama in my opinion, moreover it gives enough time to develop the story with a total of 43 episodes.

Basically, this drama has a slow start and the story can only be understood in the second quarter. This is the time when the male lead has finished his military training and is starting to get more involved in the army.

The romance is also starting to be more angsty. This is why I don’t think Love In Flames Of War will be able to resonate with a wide range of audiences.

In short, if you watch dramas to find relaxation, then this drama is not for you. There is a lot of heartache in this story with a romance that seems to be burdened with mistrust and misunderstanding that drags on until the end of the story. 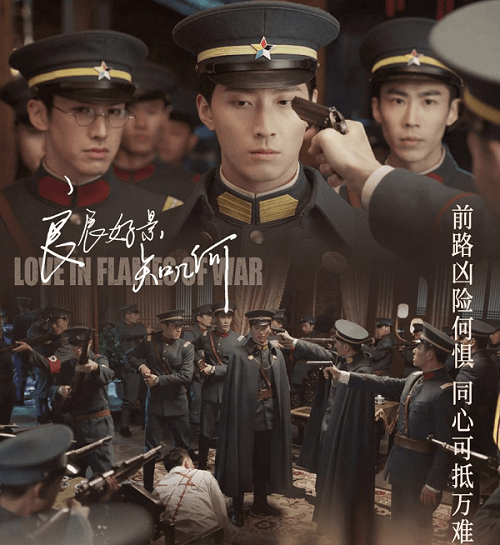 Hang Jing is Lin Tang Sheng’s daughter and a concubine. His father was a minister who had problems with his warlords. She is a stoic and determined young woman who wants to make a difference in a chaotic world.

Bei Chen is Xiao Hai Shan’s eldest son. He is a lazy person who spends his time playing games and does not have a good relationship with his father who considers him a troublemaker. He can also be stubborn and rebellious but has leadership qualities.

Mu Zi Zheng is a poor young man with a sickly mother. Zi Zheng is also a member of the book-reading community and likes to discuss current issues. He was a righteous man with revolutionary ideals.

Feng Qi was Bei Chen’s childhood friend and they had always been considered a couple. She is also the only daughter of a regiment commander who is loyal to Xiao Hai Shan.

Love In Flames Of War does have a captivating story despite the constant misunderstandings in the romance and questionable female characters.

So, if you like more heartbreaking romances and see lovers’ suspicions and misunderstandings as commonplace, then this is going to be a great drama to watch.

But if you see the battle as never ending and pointless, it will be frustrating. I think you really need to enjoy this Republic era drama !!