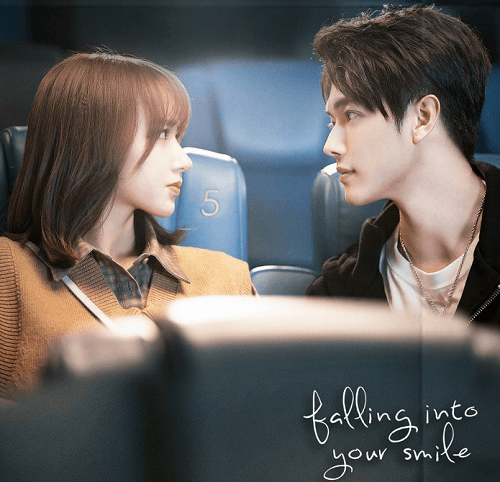 Title: Falling Into Your Smile (你微笑时很美)
Episodes: 31
Release Date: Jun 23, 2021
Genres: Comedy, Romance, Youth, Sports
Country: China
Original Network: Youku
Summary: Falling Into Your Smile is adapted from the web novel “You’re Beautiful When You Smile”. It tells about the highly competitive world of e-sports and an amateur female gamer wants to become a world champion by entering as a pro player of the ZGDX team.

The drama story will focus on Tong Yao, a highly skilled amateur gamer who was scouted to join the ZGDX team to replace Yu Ming who had to retire.

She chose to give it a try and became the first female pro player in the national championship. However, his entry into the team caused a lot of gossip and negative publicity which he had to learn to navigate. Tong Yao also needed to prove that he was worthy of a place on the team.

His relationship with the team captain, Lu Si Cheng, started off with an arrogant and unfriendly attitude. But gradually they begin to develop feelings for each other which they hide from the public due to the potential problems and gossip that will arise.

As Tong Yao and Si Cheng strive to win the championship, they also have to overcome setbacks and attacks by rivals, as well as crazy fans. 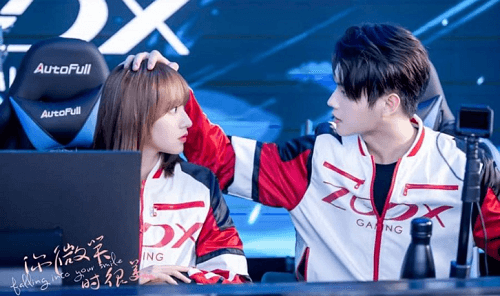 Falling Into Your Smile Ending (Spoilert)

Falling Into Your Smile has a happy ending. Jin Yang and Ai Jia’s wedding is shown in the final scene. Jin Yang threw his flower bouquet, and hit Tong Yao. Then Si Cheng appears, and rumors of their engagement spread.

Previously, Si Cheng and Tong Yao had won the national championship with their ZDGX team. They beat Ai Jia’s YQCB team in the final. Now, the DZGX team will be preparing for the next world championship.

When Did Si Cheng And Tong Yao Become A Couple?

At the conclusion of Episode 20, Lu Si Cheng tells Tong Yao how he feels. In Episode 21, Si Cheng gives Tong Yao a kiss on the cheek, and the two start dating.

Is There a Break up?

No, the primary couple never separated when they first started dating. They do run into difficulties as a result of the publicity’s pressure and the crazed fans’ doubts. Tong Yao fears that Si Cheng’s reputation may be at risk, and he is upset with himself for failing to shield her. However, they communicate with each other to find solutions to their issues, thus solidifying their bond.

Additionally, there are no harmful outside parties that could separate them. Si Cheng and Tong Yao are jealous of one another’s prospective partners, although they are extremely open about it. As a result, the drama’s love triangle element doesn’t truly take hold. Furthermore, their connection is not frowned upon by their parents.

Falling Into Your Smile Reviews

Falling Into Your Smile is not a drama to watch for the game aspect. It features a fair amount of 31 episodes but I see it only as a romance drama. So, the game genre in this drama is just to help set the stage for love to bloom.

But still there are quite a lot of computer graphics of the games played during the competition. Very different from Love Scenery where the leads also take on the character of the game.

The main cast of this drama controls the characters they portray as they attempt to amp up the excitement of melee fighting in the gameplay, which is full of graphics.

I must admit that the graphics are fairly well-made and of a good quality. But I found it to be monotonous, therefore I ended up skipping parts of these sections.

If you enjoy playing games, it can be enjoyable. But during these battle sequences, I can hardly discern the difference between the game’s characters and who is playing what.

The good news is that missing it has no negative effects on the plot. After all, the majority of the time, those video game events are essentially fluff. Outside of that game, at the team’s base camp, is where the actual action occurs. 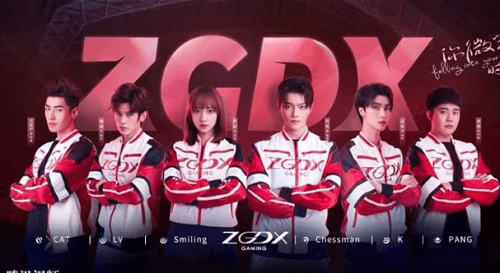 Falling Into Your Smile Cast and Characters

Tong Yao was a recent graduate and a very talented amateur player. She is a determined woman who, once she makes up her mind to do something, has the courage to do it. Tong Yao’s mother disagrees with her decision to become a professional gamer, but her father supports it. Tong Yao’s online gaming alias is smiling.

Lu Si Cheng is the Captain of the ZGDX team. He is a confident, arrogant individual who has faith in his abilities. He was a star player on the pitch and highly respected by his team-mates.

Si Cheng tends to keep things to himself and protect his comrades. He also comes from a wealthy family that holds a large stake in ZGDX Gaming Club. Chessman is his online game alias.

Tong Yao’s closest friend is Jin Yang. Her family is wealthy. She occasionally works as a part-time host while also doing some shopping and traveling. Ai Jia and Jin Yang have a sporadic romantic relationship.

Ai Jia plays professionally for the YQCB team. Although he is in love with Jin Yang and constantly tries to get her attention, their union is far from secure. His colleagues include Hierophant and squad leader Liang Sheng.

The best player on the CK team is Jian Yang. He also wants to reconcile with Tong Yao, his ex-girlfriend.

Si Cheng’s younger brother is Lu Yue. He is a member of the ZGDX team as well, however he has been on indefinite leave. He is a chatty individual who enjoys sparring with Tong Yao.

Si Cheng’s teammate is Fatty. He is a nice, sociable man who enjoys food.

A member of the ZGDX team is Lao K. He is a bit sullen and reserved. He gets along well with Lao Mao and enjoys skincare and cosmetics.

ZGDX and Lao Mao are both players. When it comes to romance, he is a hazy guy. He also enjoys working out.

Before being forced to retire due to a hand injury, Yu Ming played for the ZGDX squad. then he takes over as team coach. Yu Ming is a visionary individual who can spot talent. He is logical and compassionate as well.

Team leader of ZGDX is Xiao Rui. He is a happy person whose job it is to ease tensions and make jokes about uncomfortable circumstances among the team members as needed.

Lee Jun Hyuk, a recent addition to the YQCB team, plays online games under the alias Hierophant. He is a former teammate of Si Cheng’s and a Korean athlete. They appreciate one another greatly and treat one other equally in the game.

Si Cheng mother set him up on a blind date with Su Luo. Their parents work together in the business world. Su Luo is drawn to Si Cheng even though she has little gaming experience.

Si Cheng and Lu Yue’s mother is director Wang. She manages the ZGDX Gaming Club in addition to serving as a director for the Lu Group. She is a bossy woman who constantly pressures Si Cheng to date and have relationships with people of the other sex.

Korean professional gamer Hang Suk is a member of the FNC team. He is also the younger brother of Hierophant. Friendly Hang Suk openly pursues Tong Yao since he has a crush on her.

I don’t think Falling Into Your Smile will resonate with viewers looking for a game or drama with a fully e-sports theme. It’s more suitable for romance game drama fans.

I think the high rating that this drama gets is because of the chemistry of the main and supporting actors. The plot of the story itself seems simple and ordinary.

It is the interactions between the different characters that give life to this story rather than the strong plot to drive it.

Various issues and conflicts that arise from parents to ex-girlfriend problems have never been explored in depth. They are given screen time for major couple bickering and relationship development instead. Thank you for reading this article!