Love In Time 2022 is a romantic fantasy Chinese drama that is fun to watch. I didn’t expect much in this drama, but I just hope it becomes a good rom-com with not a lot of unnecessary plot. But what do I get? Let’s see my Love In Time review below, for more about this Chinese drama in 2022. 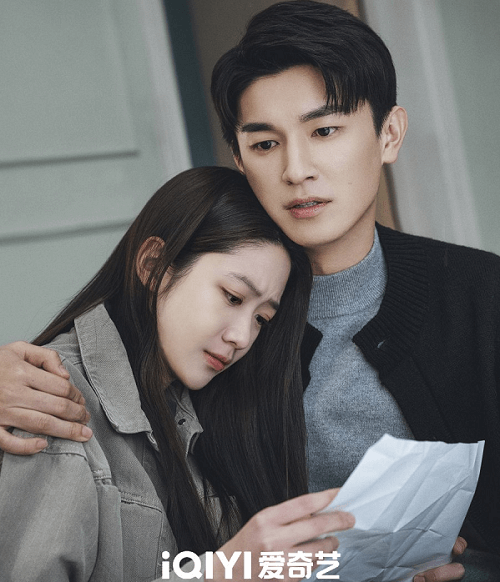 Love in Time tells the story of a lawyer who hits rock bottom after taking on a divorce case involving an actress, his childhood friend. He retires to a mysterious apartment where he begins to see the shadow of a woman.

He Zhen Yu is an arrogant lawyer who never loses. While working on a case surrounding a famous actress, she suddenly loses her job and reputation after being accused of falsifying evidence. Down and out, he moves into an old apartment where strange things start to happen.

Whenever the clock strikes 10:06 p.m., female tenants appear. He Zhen Yu initially thought he saw a ghost until he realized that the woman was rookie reporter Chen Jia Lan. He was a former tenant from four months ago and through some miracle, they were able to see each other.

He then wants to use Jia Lan to change his past, but soon realizes that romance has blossomed. However, He Zhen Yu discovered that the divorce case that cost them everything was still looming over them. 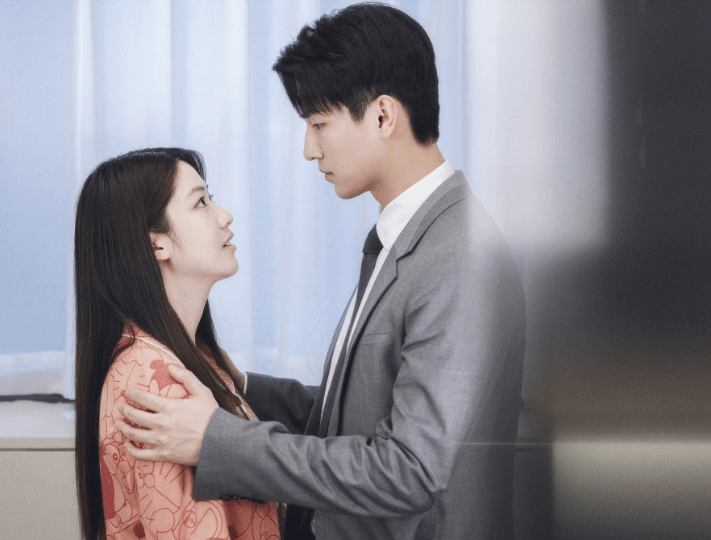 The interesting thing about this drama is that He Zheng Yu and Chen Jia Lan live in the same apartment but in different time periods. At 10:06 am there is some overlapping time and space where the two become roommates until about 10:52 am.

They are four months apart, with He Zheng Yu in 2022 and Chen Jia Lan in 2021. There is also a mystery behind the case that Zheng Yu is involved as a lawyer weaving himself into the storyline.

I usually need a few episodes to finish to get me involved in the story, but this drama first episode managed to captivate me despite the implausible nature of the story.

Anything with mystical time travel mingling mish-mash or whatever, I usually just push my brain elsewhere while I watch it and this one is no exception. They tried to explain it a bit but whatever.

The pacing is done pretty well, so far there isn’t a moment where I let out an exasperated sigh or start snoring from boredom. There’s a decent production quality to it; This isn’t another mass-produced budget cookie-cutter drama.

For his good acting, Yang Xu Wen, who plays the character of He Zheng Yu, seemed to shine, it seemed that he was destined for the role. It’s refreshing because there are a lot of big-name actors who are rigid and need to tweak their skills in this area.

The moments when the main male character first meets the female lead provide space for time to mingle and what happens is hilarious the reactions are quite realistic for someone who is completely confused and scared by the incomprehensible nature of the situation.

Their reactions progress from fear to bickering and subsequent bickering as a couple teaming up to try to change the course of their best friend’s tragedy between the present and the future.

For me, Love In Time has a happy ending, although some might also interpret it as bittersweet. At the end of the episode, 2022 Zheng Yu dies when he returns to 2021 to try to stop Sun De Feng from killing Jia Lan.

Sun De Feng killed him in anger because he thought he had been framed since Zheng Yu in 2021 and Jia Lan was being interviewed in person at the same time he met Zheng Yu in 2022. He didn’t understand why he saw a double and then went crazy over it. confusion.

After 2022 Zheng Yu died, he joined Zheng Yu in 202, this means that 2021 Zheng Yu inherits all his memories and emotions in the future.

On the other hand, Jia Lan couldn’t accept her lover’s death at first but gradually got over it. It took him some time to see Zheng Yu 2021 as the same person as Zheng Yu 2022.

The footage that Zheng Yu took in 2022 before his death also helped Jia Lan to overcome the barrier where she mentioned that she would always be by his side. The drama ends with Zheng Yu in 2021 proposing to Jia Lan and she accepts his proposal.

Cao Zheng as Wu An Wen

Love In Time is one of the best time travel Chinese dramas. It doesn’t have the feel of a typical rom-com under the guise of time travel and doesn’t leave you hanging on to the ending.

Here, there is the meaning of romance and why it happens naturally and becomes an important part of the story. Then is Love in Time worth watching? of course it’s worth it. If you like sweet romance, that’s for you too. I will give a score of 7.5/10 for this drama.