Xiao Zhan Dramas List. Xiao Zhan is one of the most popular Chinese actors and musicians. He started his career in the entertainment world as a member of the boy group X Nine.

The actor who is also known as Sean Xiao has starred in many dramas that made his name more known and his popularity soared. One of the successful Sean Xiao tv shows was The Untamed. So for that, here is a list of the 8 best Xiao Zhan tv shows and dramas below. 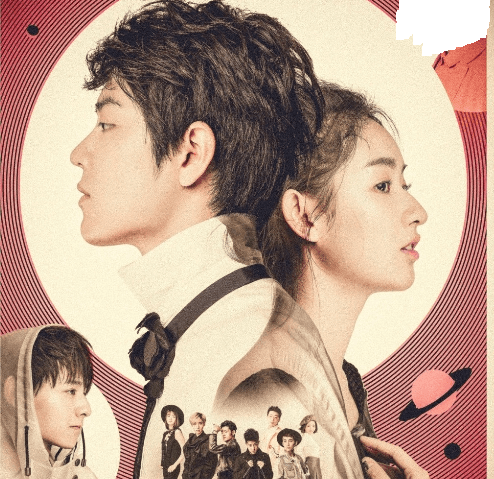 The first tv show with Xiao Zhan was Super Star Academy. This drama featuring various action scenes was released in 2016 and has a total of 30 episodes.

Super Star Academy is Xiao Zhan’s debut drama. In this drama, he plays a character named Fang Tian Ze, a very popular student at his school who is also the successor of the Fang family, the most influential clan that controls the 12 astrological signs.

The drama is set in an academy where students have powers based on their zodiac sign. A long time ago, an ordinary girl named Cheng Zhi Er entered the academy because the principal told her to do so. Cheng Zhi Er who had not been able to use her powers was often bullied by the other disciples.

He also got into trouble with the lord of the school, Fang Tian Ze. Luckily, he has a friend named Wan Shi Chun who is a kind-hearted student.

In order to defend Cheng Zhi Er, Shi Chun was even willing to join the “Super Star Competition” with him. However, in the middle of the competition, Cheng Zhi Er fell in love with Fang Tian Ze instead. 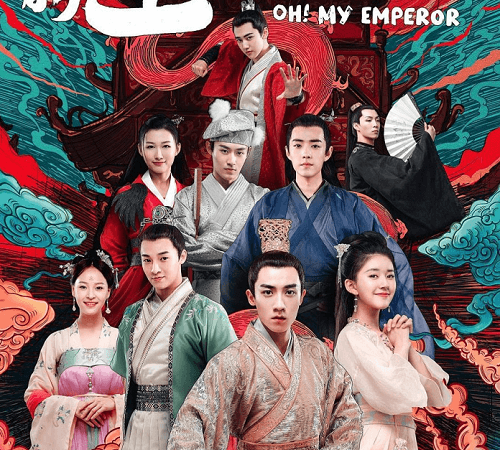 Next up is Oh! My Emperor: Season One was released in 2018 and has 21 episodes. Here, Xiao Zhan and the rest of X Nine will act with the beautiful actress Zhao Lu Si.

In this drama, Xiao Zhan plays a character named Bei Tang Mo Ran, a Prince who leads the Aquarius zodiac. He is also the uncle of Emperor Bei Tang Yi, the main character played by Jason Koo.

Oh! My Emperor tells the story of a girl from the 21st century named Lou Fei Fei who accidentally travels through time and heads to an ancient civilization in Huang Dao Guo.

He is trapped in an empire whose leadership rotates among the 12 zodiacs every thousand years. There Fei Fei meets Emperor Bei Tang Yi who happens to have a similar appearance to his idol in the modern world. But Lou Fei Fei’s presence there made their world fall apart. 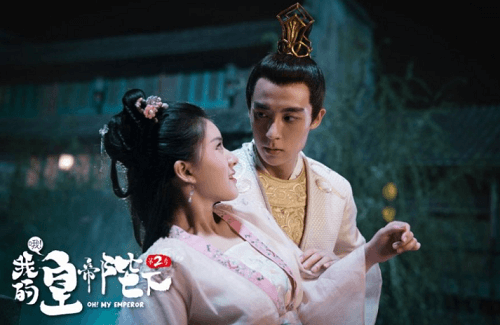 This is a continuation of the drama Oh! My Emperor Season 1. In this second season, Bei Tang Mo Ran (Xiao Zhan) tries to protect Fei Fei.

Fei Fei’s own safety is in danger because his zodiac sign is Ophiuchus, whereas, in the Dao Gao Kingdom, Ophiuchus is an anomaly.

Ever since hearing of the conspiracy regarding a secret that was buried for thousands of years, Bai Tang Yi didn’t stay still. He was willing to risk his position to protect Lou Fei Fei and his people. This Sean Xiao tv shows was released in 2018 with 21 episodes. 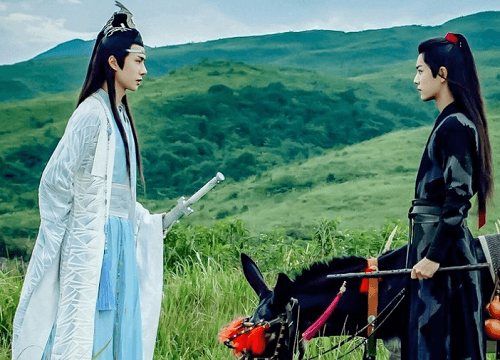 The Untamed is adapted from the famous novel entitled Mo Dao Zu Shi by Mo Xiang Tong Xiu. This Xiao Zhan drama was released in 2019 and has a total of 50 episodes.

This is the drama that made Xiao Zhan’s fame skyrocket. He also received many awards from prestigious events because of this drama.

Once they both discover the clan’s long-buried dark secret. However, as they seek to rid the world of threats, Wu Xian must sacrifice himself.

Then 16 years later, Wei Wu Xian returns and accidentally runs into his old friend, Lan Wang Ji. After that, they begin to work together to solve the mysteries of the present and uncover the truth behind past events. 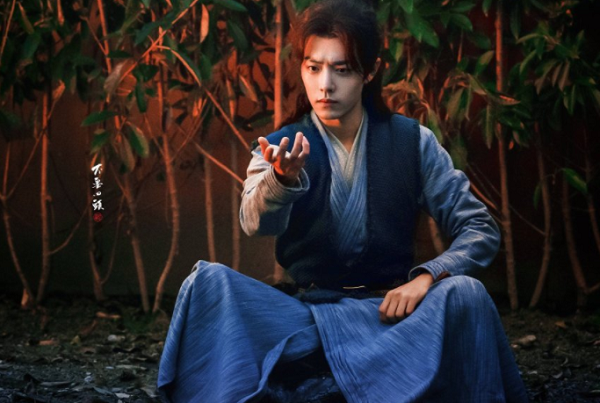 Douluo Continent is released in 2021 based on Tang Jia San Shao’s popular novel of the same name.

Xiao Zhan here plays the main character named Tang San. He was a young man with extraordinary talent who was sent to the Rouding academy to develop his abilities to become a soul master.

There they met 5 genius students and then they formed a team called “Shrek Seven Devils”. After that, they got involved in a power struggle and Tang San discovered the secret about his mother’s death.

This Sean Xiao tv shows has 40 episodes and this Chinese Drama is available on Amazon Prime Video and Viki. The Oath of Love is Xiao Zhan new drama that premiered in 2022 with 29 episodes. Tells the story of a final-year student named Lin Zhi Xiao who is almost graduating and has many problems.

He had to give up the opportunity to work abroad because he had to take care of his father who was diagnosed with cancer. Not only that, his relationship with his girlfriend ran aground.

While at his lowest point, Lin Zhi Xiao meets Gu Wei, a young doctor who treats his father.

Just like Zhi Xiao, Gu Wei has also been hurt by love. Slowly but surely, the two began to get close and eventually fell in love with each other. 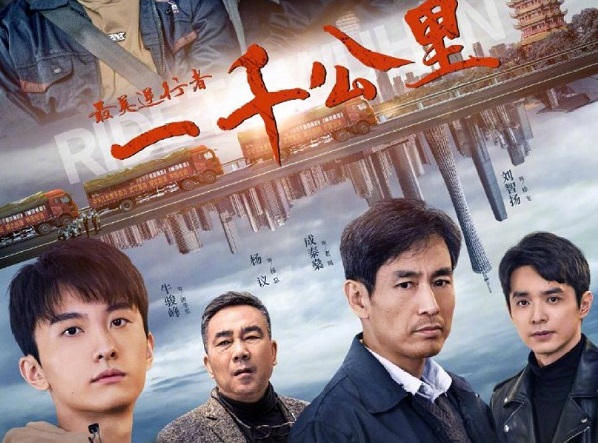 Heroes in Harm’s Way is a drama produced based on the true story of China when it faced the Covid-19 epidemic in 2020.

This 14-episode drama is set in the Wuhan epidemic and is divided into 7 different stories. The storylines also come from various layers of perspectives, ranging from ordinary citizens, and medical personnel, to volunteers.

While Xiao Zhan himself is in episodes 7 and 8. He plays a character named Cai Ding, a student who lives at home with his mother because he is trapped in a lockdown.

Seeing that local residents had difficulty getting food, Cai Ding volunteered to help his neighbors get food and other necessities.

This Sean Xiao tv shows has 14 episodes and is a drama with a very interesting theme to watch. 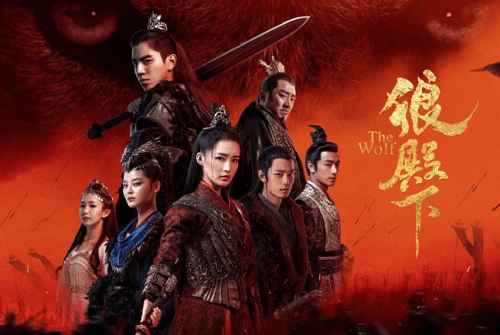 In eighth place for the dramas Xiao Zhan, there is a drama called The Wolf which was released in 2020 and has a total of 49 episodes.

This drama, starring Xiao Zhan, tells the story of a boy raised by wolves who falls in love with Lady Ma Zhai, the daughter of a general and a noble.

Here, Xiao Zhan has the opportunity to compete with other popular actors such as Darren Wang and also actress Li Qin.

The character played by Xiao Zhan in this drama is a second-lead character named Ji Chong. He is a bounty hunter but upholds the truth and loves freedom.

Those were 8 recommendations for the best Sean Xiao tv Shows or Xiao Zhan dramas list, his popularity exploded after starring in The Untamed. Xiao Zhan’s acting quality in playing various roles has earned him many fans and love from the public.