Are you looking for a list of the top 10 Chinese medical dramas? Here you will find it.

The stories of Chinese Medical dramas we collect are different from one another, whether they are about the doctor-patient relationship, fighting disease, or providing medical assistance.

This is of course the latest Chinese drama, so it will be a great treat for Cdrama fans. Here is a list of the top 10 Chinese medical dramas that you must watch! 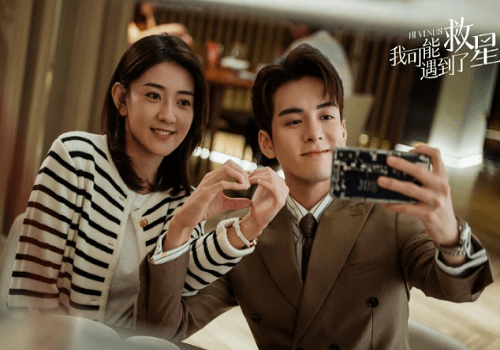 Ye Shi Lan is a pediatrician working at the Taoyuan Village Clinic and one who puts the interests of her patients first. He only wants the best for the children he cares about.

But when a new hospital director, Lu Zhao Xi, is appointed, a major misunderstanding occurs on his part and begins their working relationship on the wrong foot.

He believed that Zhao Xi was an unscrupulous drug dealer who conned people. Shi Lan did everything he could to make the new hospital director’s life miserable.

But after she was appointed as a temporary assistant, she realized that she was very wrong about Zhao Xi.

He then worked closely together to solve a number of problems, and Shi Lan and Zhao Xi were finally able to put their past behind them.

They also begin to develop mutual understanding, and respect and fall in love. This Chinese drama about doctors was released in 2022 with 24 episodes and you can watch it on Viki.  This is a drama starring Liang Jie and Joseph Zeng 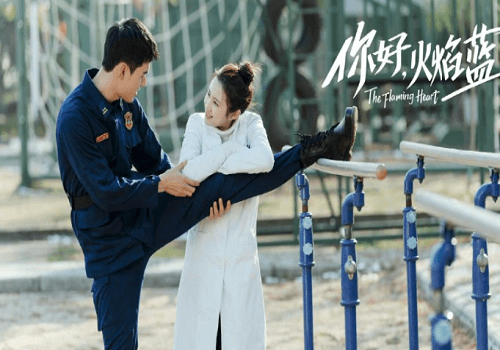 Huo Yan, vice-captain of the Fire Rescue Team manages to save a pregnant woman from a delivery car.

There he meets Yan Lan, a doctor working in the Emergency Department. Their meeting was preceded by a misunderstanding.

They later meet again on an earthquake relief mission. During their mission, they are constantly exposed to extreme conditions which makes their relationship even better.

On the other hand, Jiang Tong, the deputy instructor of the Fire Rescue Team falls in love with Wang Dayin, a coworker who seems shy and quiet.

It was released in 2021 with 24 episodes. You can watch this Chinese medical drama on Viki. 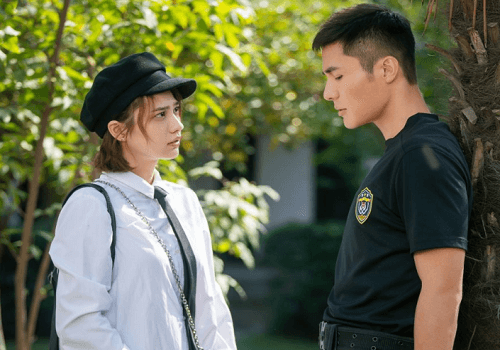 Mi Ka is a newly graduated doctor who is at a jewelry store buying gifts for her parents. But at that time there was a theft of gems by armed robbers.

Several years later, Mi Ka has become a full-fledged medical surgeon and decided to participate in an emergency rescue drill with the SWAT team.

There she meets again with Captain Xing Ke Lei and a relationship between them begins and develops into love.

This C-drama about soldiers and doctors was released in 2021 with 40 episodes. It’s available on Viki. 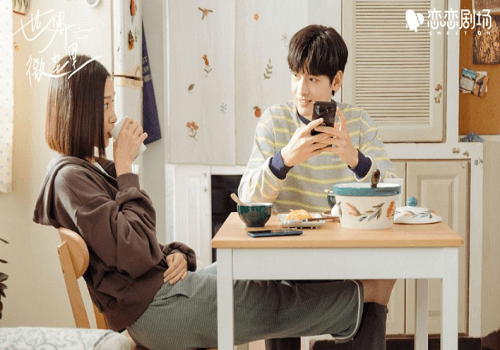 Tells the story of Ai Jing Chu, a dentist who teaches at Donghu University. He is also known as the most handsome boy in school.

However, a university librarian named Zeng Li is prejudiced against him due to a slight misunderstanding.

Once, Zeng Li’s mother forced her to get braces, she tried to avoid Ai Jing Chu at all costs but ended up being her patient anyway.

As the two interacted more and more with each other, Zeng Li realized that Ai Jing Chu was actually a kind person who was professional and caring. He also begins to develop feelings for her.

This is one of the best Chinese medical dramas. It was released in 2021 with 22 episodes and you can watch it on Viki. 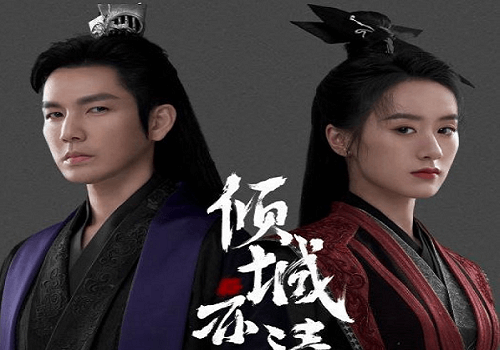 Zhan Qing Cheng is the God of War of the Northern Mu Kingdom and the 9th prince who is good at strategizing war.

He is mysterious and unpredictable and has a cold and handsome personality. He looks cruel but actually has a heart of gold.

His hands were full of blood and deep hatred, but when he met Feng Qing Huan, his cold nose felt warm.

Feng Qing Huan is an apprentice and has studied medicine for ten years. She is the most disliked daughter in the Feng family.

She faces many incidents that make her pretend to be naive and stupid, but actually, she is smart and wise, with an open heart, strong and kind.

She wanted nothing to do with Zhan Qing Cheng, but subconsciously she was deeply caught up in the love of life and death.

This Chinese medical series will be released in 2023 with 36 (estimated) episodes. 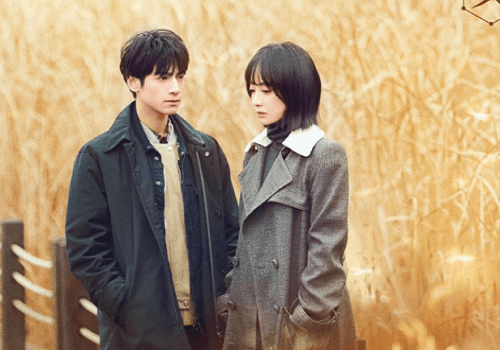 Qiu Jia Ning is a core member of a research laboratory spearheaded by a leading pharmaceutical company in China.

He devoted his heart and soul to proving himself and also to securing his country’s standing in the field of biology.

In reality, Zhou Xiao Shan was a broker who had entered their lives with the intention of stealing Jia Ning’s research but fell in love with her instead.

This Chinese medical drama was released in 2021 with 42 episodes. This Chinese series is available on Amazon Prime.

7. Living Toward the Sun 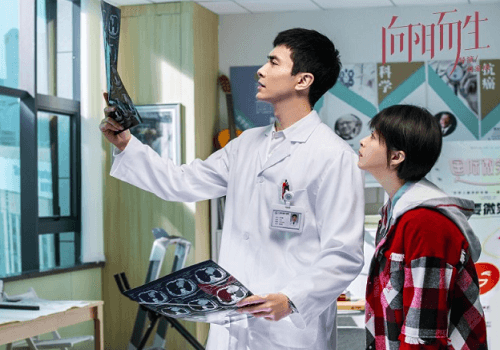 Xiang Dun is a carefree young woman who comes to Beijing to fulfill her dream of becoming a cartoon artist.

Xiong Dun settled in Beijing after persuading his family and getting a job. Life may be hard to live but Xiang Dun is surrounded by the people he loves.

Unfortunately, life doesn’t treat him well, Xiang Dun’s girlfriend cheats on him and he suffers a further setback in his career.

The misfortunes seem to have no end, when his childhood friend forces him to go to the hospital for a check-up, Xiang Dun learns that he has a tumor.

From reluctance and unable to accept his situation, Xiang Dun gradually finds the strength to move on when he meets doctor Lin.

This Chinese drama with doctor male lead was released in 2020 with 40 episodes. 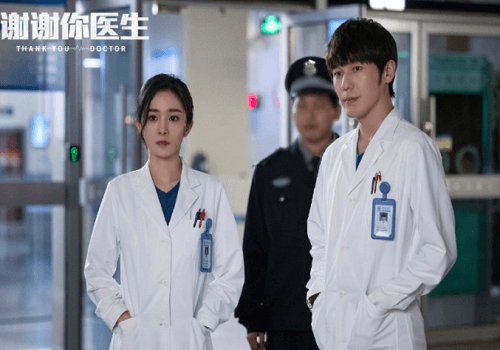 A story that follows the doctors from the newly founded EICU. There they rely on medical expertise to save every patient.

Xiao Yan is a doctor who bears the pain of losing his fiancé when he arrives at Tongshan Hospital.

Although rough and tough on the outside, Xiao Yan was meticulous on the operating table with machine precision.

On the other hand, Bai Zhu is a doctor who adopts a terminal patient and begins to believe in finding hope in the most difficult situations.

Through daily interactions, two people who have beliefs and prejudices against each other gradually begin to accept each other because they find a lot in common.

One of the best Chinese medical dramas is released in 2022 with 40 episodes. You can watch it on Viki. 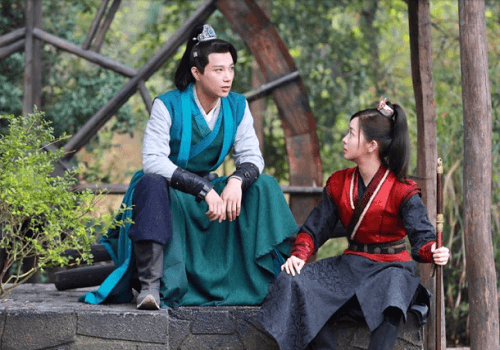 Tells the story of a young girl named Chu Chu who comes from a coroner family. She meets Prince Xiao Jin Yu, a dignified prince in charge of criminal prosecution who appears weak and sickly.

Prince Xiao lacked reliable personnel to investigate cases. Meanwhile, Chu Chu lacked the people to step up, take over, and become a man.

They then work together and manage to unravel a shocking case that has been dragging on for 18 years.

After solving the case, he wins the Emperor’s approval and is eventually certified as the Imperial Coroner, fulfilling his life’s purpose.

It was released in 2021 with 36 episodes and is available on Viki. 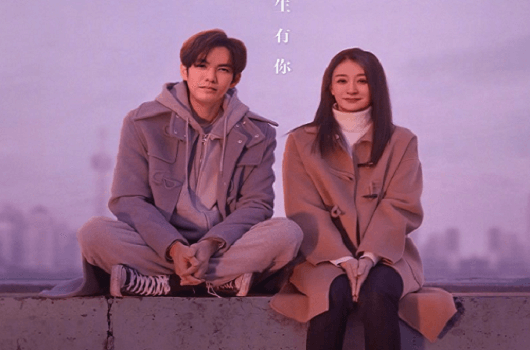 Tan Jing is a single mother whose son has natural heart disease and she saves for her son’s surgery by living a frugal life.

She has no complaints and still lives life positively, raising her son Sun Ping to be obedient and wise.

Meanwhile, Nie Yu Sheng is a heart surgeon working to fund a surgery project that helps children with heart disease.

He then chose Sun Ping as his first patient. During the treatment, she learned for a fact that Sun Ping’s mother was Tan Jing, her lover of seven years ago.

He began to be attracted by Tan Jing’s calm and firm aura, as well as Sun Ping’s charm and sensibility.

This romantic Chinese medical drama will be released in 2022 with 30 episodes. You can watch it on Viki.

That was the list of the 10 best Chinese medical dramas that will be entertainment for Cdrama lovers. Thanks for reading this article, have a nice day!