If you are looking for the best love triangle Chinese dramas? Here, we’ve rounded up some heart-wrenching Chinese historical, romantic, or love triangle dramas for you to watch.

Starting from happy endings to sad endings, we summarize in one article with 11 lists of the best C-drama love triangles. That of course will make your heart beat faster than before! 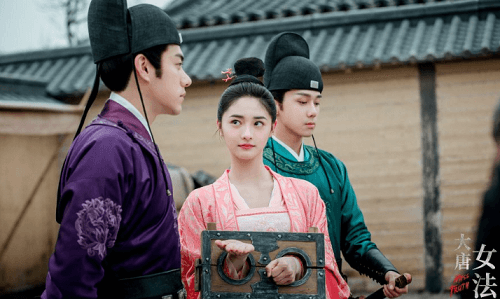 Miss Truth told about the forensic examiner Ran Yan. He is investigating the truth surrounding his mother’s suicide and solving one murder case after another.

Ran Yan is an eighteen-year-old noblewoman who grew up learning about autopsies (forensics) and finding clues through corpses.

One day, because of his job he meets a court official and an assassin. While investigating the truth, he coincidentally finds himself caught in a love triangle. The series was released in 2020 with 36 episodes. Available on Viki and Prime Video. 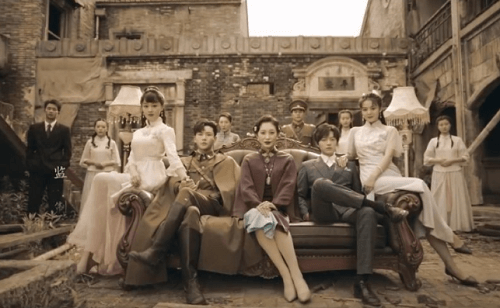 Maid’s Revenge tells about Dong Ting Yao’s family which was killed in a massacre. Just before her father died, he told her to seek refuge at the place of her fiancé Fang Yu Ze.

At the same time, Fang Tian Yi (Fang Yu Ze’s uncle) the governor and warlord of the territory, charged through the manor door with his army. That made Dong Ting Yao believe that Fang Tian Yi was the one who killed his entire family.

After a heated debate, Fang Tian Yi brought Dong Ting Yao to his residence to detain him. Dong Ting Yao, then escaped from his captivity and went to Fang Yu Ze’s house. However, he finds that his position as fiancé has been replaced by his half-sister, Dong Yan Er.

There she also realized that Fang Tian Yi was the head of the Fang Yu Ze household. Placed in a difficult position, Dong Ting Yao must now become a servant at the Fang family’s manor to try and get revenge on Fang Tian Yi.

And at the same time, recovering her rightful position, as Fang Yu Ze’s fiancee. But Fang Tian Yi had another idea. This Chinese love triangle drama will be released in 2022 with 30 episodes. 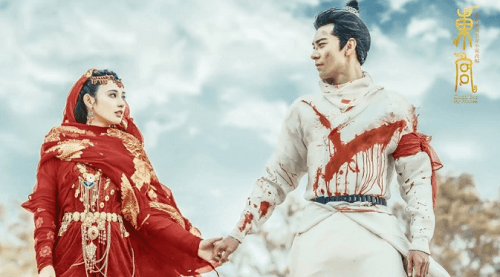 Goodbye, My Princess tells about the ninth princess of the Xi Liang Kingdom. She was arranged to marry the Tang Country’s crown prince, Li Chengyin.

After receiving love and admiration as the ninth princess of her country, Xiao Feng is forced to leave that life to become the wife of the prince of Tang Country.

Her husband, the crown prince, was second only to the emperor of the tang country. This marriage also brings Xiao Feng into the political world of the Tang Palace which is full of intrigue, betrayal, and power struggles.

Meanwhile, Prince Li Chengyin is also forced to marry Xiao Feng just to secure his position as crown prince. He personally already had his own favorite concubine. This series was released in 2019 with a total of 52 episodes and you can watch it on Netflix, Viki, and Prime Video. 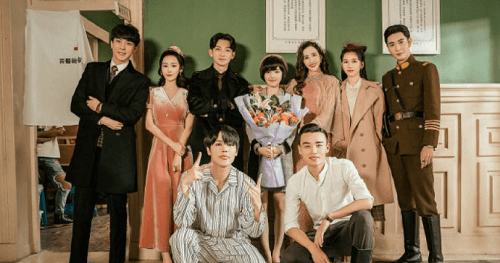 In 1926, Mu Wan Qing discovers chaos in her family and now she has to pretend to surrender to her father. He begins to investigate the real reason why his parents separated and his brother died.

Meanwhile, Tan Xuan Lin teams up with Mu Wan Qing to investigate an old case related to the Mu family. The three of them go through the struggle of life, love, and death together. This Chinese love triangle drama will be released in 2021 with 36 episodes and available on Viki. 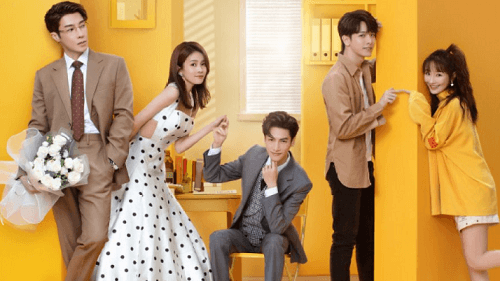 Tells about Jiang Jun, a girl who is allergic to tears and has a double degree in economics and psychology. However, his father’s sudden accident left him in a dilemma and finally decided to work at the well-known investment company MH. He did it to fulfill his father’s dying wish.

At MH, Jiang Jun meets his childhood playmate Yuan Shuai who was once in love with him. However, the current Yuan Shuai was no longer his gentle protector, but his rival.

Despite his cold demeanor, it turns out that secretly Yuan Shuai still likes him and helps Jiang Jun survive in MH. But this relationship doesn’t go easy, there are Du Lei and Qiao Na who have their own interests to get the person they love. It was released in 2020 with 36 episodes and is available on Prime Video. 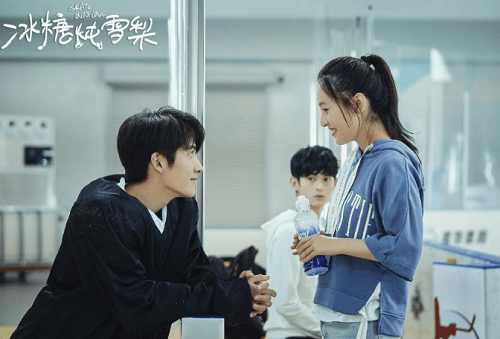 The storyline follows Tang Xue, a short-track speed-skating girl who meets ice hockey god Li Yu Bing at their school. Despite starting off on the wrong foot, they embark on a journey to chase their dreams.

Li Yu Bing and Tang Xue are schoolmates who meet back at university. They spend time together on the ice. The more Li Yu Bing watched Tang Xue, she realized that her courage on the ice was inspired by Tang Xue.

Afterward, he also helped Tang Xue rediscover her dream of speed skating. When a misunderstanding from the past overtakes them, figure skating magic Yu Yan appears. 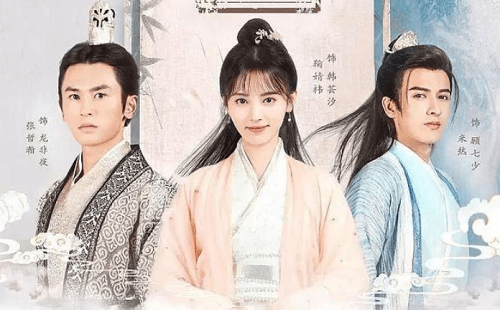 The setting for drama takes place during a time of chaos when the land was divided into three kingdoms; Tian Ning, Western Zhou, and Northern Li.

The cunning Emperor Tian Ning distrusted and feared his own subordinate, Long Feiye. To contain his excitement, the King arranged for Long Feiye to marry an “ugly” woman named Han Yun Xi.

Han Yun Xi was a kind-hearted woman who came from a medical family. He is very talented and proficient with poisons. Forced to comply with the king’s decree, she will become empress in name only. However, circumstances allowed him to show off his skills time and time again and win Long Feiye’s admiration.

Now, she is in love with her husband and forms a friendship with Gu Qi Shao, Lord of the Valley of Yao Gui. When that happened, he soon became lost in the intrigues and schemes of the palace. One of the best Chinese historical love triangle series released in 2018 with 48 episodes. 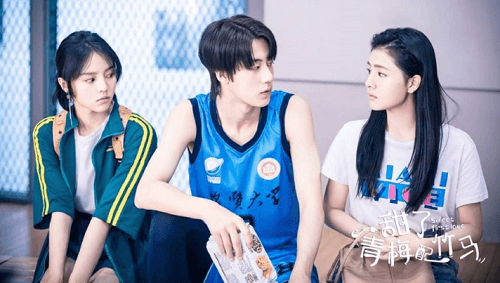 This C-drama tells the story of Zhuo Yifeng, a girl who witnessed the death of her parents in a car accident. Zhuo Yifeng’s parents left him under the care of their good friend Su Zijian, whose son Su Muyun was two years younger.

She now assumed a new identity, Su Nianfeng, and grew up with her younger brother Su Muyun. Their relationship was anything but friendly. But behind that mutual understanding and develop a much more intimate relationship in adulthood.

On the other hand, Su Nianfeng who has no purpose in life is determined to apply to medical school because of her good friend Le Diyin. Le Diyin was his close confidant, he was warm as sunshine but suffered from a strange disease.

Sweet First Love is one of the best high school love triangle Chinese dramas released in 2020 with a total of 24 episodes. 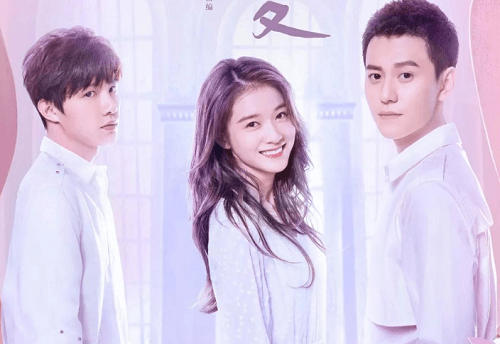 This is a drama with a story revolving around the complicated attachments between the three main characters and a heart-wrenching romance.

Once upon a time, Luo Xi saved the talented Xia Mo from an accident that threatened her performance at a big singing contest. This makes Xia Mo restore old trust and reconcile with Luo Xi, after the past incident.

Luo Xi actually has feelings for Xia Mo. And made Ou Chen, Xia Mo’s suitor sent him overseas to study.

Five years later, the now famous Luo Xi meets Xia Mo again, when an accident causes Ou Chen to lose his memory. When love and hate are entangled in confusion, how will this love triangle unfold? It was released in 2018 with 36 episodes. 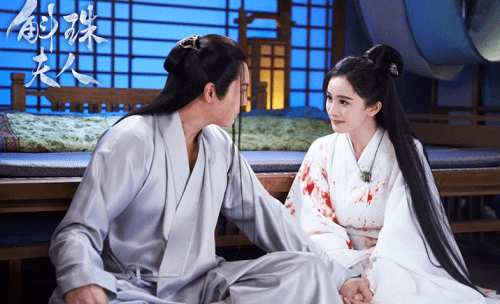 During the Zheng Dynasty, in the vast seas of Novoland searched for magic pearls that can only be obtained from the tears of the Dragon mermaids. This was what caused the massacre of the commoners in the coastal village where Hai Shi lived.

When Hai Shi later wanted to take revenge on the Emperor, he met Fang Zhu, the first official of the imperial court. He immediately asked to become Fang Zhu’s disciple.

Not long ago, the imperial palace of the Zhang Dynasty was in great turmoil. At the same time conflicts with other kingdoms started. From then on, emperor Di Xu seemed incapable of maintaining order in his court and seemed like a self-indulgent ruler.

However, Fang Zhu’s staunch support allowed the nation to see a new era of peace. Hai Shi is then made into the emperor’s personal bodyguard and he starts to take an interest in her.

Some misunderstandings arise between them when the emperor finds out that she is a girl and now he starts to have feelings for her. Hai Shi also has to face his own feelings toward Fang Zhu and the emperor.

Novoland: Pearl Eclipse is one of the best Wuxia dramas with a love triangle theme. It was released in 2021 with 48 episodes and is available on Prime Video and Viki. 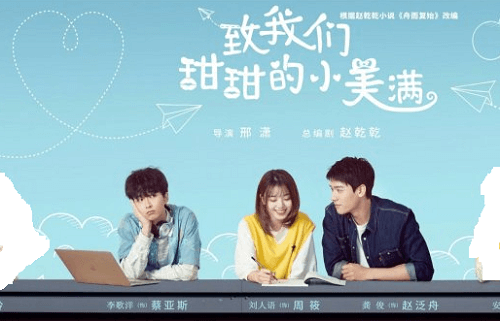 Tells about Zhou Xiao, a cute and cheerful favorite female student. He loves detective novels and spends his days lost in the pages of mystery and always wants to find out what happens next.

With her love of stories like that, it’s no surprise when she finds herself falling for one of the university’s forensic science majors.

On the other hand, a seriously dedicated student in the forensic science department, Zhao Fan Zhou has little time for anyone or anything, other than his studies. Cold and detached, she is the last person anyone would expect to fall in love with. These two students got along well and even became a couple.

This drama was adapted from the novel “Sailing Round and Round in Circles” by Zhao Qian Qian. It was released in 2020 with 27 episodes.

Those were the 11 best love triangle Chinese dramas that you can watch. Don’t forget to watch it. Thank you for reading this article